Wow wines and the stories behind them. 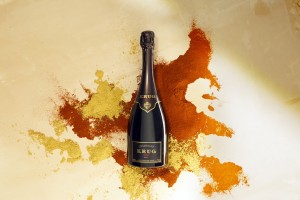 1. Champagne Krug 2006 ($285)
People get weak at the knees when they hear Krug. For many, Krug Grande Cuvée, combining some 200 wines from different vintage years, is the ultimate. In especially good years Krug comes out with a vintage bottling. This fall the 2006 vintage was released to a lot of fanfare. The House of Krug took over a building on New York’s Gansevoort Street and dubbed it the Krug House; brought over Olivier Krug, 6th generation family member and director; and partnered with composer and pianist Kris Bowers to interpret the new vintage in a commissioned composition. Glasses were passed around while the assembled audience listened to Bowers animated piano inspiration. The 2006 has generous and exotic tasting notes–aromas of frangipane, pastry, meringue, nougat, dried fruit, hazelnuts, mandarin, and pink grapefruit—and is round and elegant.

2. Champagne Boizel Grand Vintage 2008 ($100)
Though the family-owned house of Boizel has been around since 1834, sitting right on the famed Avenue de Champagne in Epernay, it’s just being reintroduced to the American market. Evelyne Roques-Boizel, who has run the house for 40 years, gave a lunch to announce that she was passing the torch to her son, Florent, the 6th generation of the family. She started her presentation with a Yiddish expression, “Give your children two main things—roots and wings.” Well, Florent got a Champagne house with 12 acres of Grands and Premiers Crus vineyards and historic chalk cellars. Made from half each of Chardonnay and Pinot Noir and aged almost 10 years, the Grand Vintage 2008, with notes of ripe pear, apple, toast and spice, is from an amazing vintage year in Champagne.

3. Champagne Bollinger 007 Limited Edition, Vintage 2011 ($230)
This is for you, Daniel Craig, or the MI6 wannabes on your gift list. The limited edition was created for the 25th installment of the James Bond franchise celebrating its 40-year partnership with Bollinger. The Bond film, No Time to Die, will hit theaters in April but Bollinger 007 Limited Edition Vintage 2011— aged seven years on its lees, made from 100% Pinot Noir sourced from an historic Grand Cru vineyard in the village of Ay—is out now in time for the holidays. 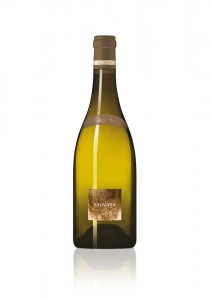 4. Pascal Jolivet Sancerre Blanc Sauvage 2017 ($69)
From the legendary winemaker from the Loire, Domaine Pascal Jolivet, this wine resembles its maker—dashing, and elegant with a larger than life personality. The Sauvignon Blanc grapes from old vines are grown in limestone soil under organic viticulture, fermented naturally without adding yeasts, matured on lees for a year and then bottled unfiltered. I sat next to Jolivet at dinner as I tasted this complex, lush textured wine with gunflint minerality. Jolivet also makes outstanding Pouilly-Fumé and announced that he’s changing the name of his Pouilly-Fumé to Blanc-Fumé so people don’t confuse it with Pouilly-Fuissé, i.e. Chardonnay from Burgundy.

5. Moët & Chandon Grand Vintage Extra Brut 2012 ($80)
The vintage 2012 marks the 74th Grand Vintage that Moët & Chandon has put out interpreting a single vintage year since its founding in 1842. Red grapes were especially successful that year so Cellar Master Benoît Gouez used almost 60% red grapes–Pinot Noir and Pinot Meunier—and only 40% Chardonnay in his energetic blend. Aged over 5 years, the Grand Vintage has aromas of white flowers, pear, peach, brioche and walnuts, refined bubbles, and fresh acidity with pink grapefruit note on the finish.

6. Lismore Estate Reserve Chardonnay 2017 ($65)
From South Africa’s Western Cape, this Chardonnay resembles a Chassagne-Montrachet in its seductive mouthfeel. Samantha O’Keefe, owner and winemaker of Lismore Estate in a newly designated Western Cape wine region, let me taste her nuanced wine with its floral, pear and lemon aromas and a lingering finish at a Robert Parker Wine Advocate event where her wine was chosen as one of the publication’s 10 discoveries of this year.

7. Ramey Chardonnay Rochioli Vineyard 2016 ($65)
For Ramey Vineyards it is all about the best vineyards from which they source the grapes, whether Napa’s Jericho Canyon, Hudson or Hyde or Sonoma’s Ritchie, Richioli or Woolsey. At Gramercy Tavern together with son Alan Ramey, I tasted expressions from the various vineyards side by side as Alan gave me the history of each. This elegant Rochioli Chardonnay, sourced from an historic single vineyard in the Russian River Valley, is pressed in whole clusters, fermented with native yeasts, aged 20 months in 20% new French barrels, and bottled without filtration.

8. Vérité Le Désir 2016 ($410)
Made from 50 micro-crus grown in Sonoma’s Bennett Valley, Alexander Valley, Knights Valley and Chalk Hill, which are all separately harvested, fermented and aged, Le Désir is an artwork of blending by vigneron Pierre Seillan. Frenchman Seillan perfected his micro-cru philosophy during his five decades making wines in California and France. Receiving a 99-point score from Lisa Perrotti-Brown of Robert Parker Wine Advocate, this Cabernet Franc dominant blend with Merlot and Malbec, made in collaboration with his daughter Hélène Seillan, has aromas of rose, thyme, black fruit, star anise and clove and strong minerality, fine tannins, lively acidity, and intensity in the finish.

9. Amarone Campo Dei Gigli 2015 ($73)
From Tenuta Sant’Antonio, a leading family-owned winery run by four brothers—Armando, Tiziano, Paolo, and Massimo—with top quality vineyards in eastern Valpolicella and in the high terrain of Monti Garbi in Verona, this blend of Corvina, Rondinella, Croatina and Oseleta has expressive aromas. Armando let me taste his top of the line Amarone with its grapes grown in a high-altitude vineyard. Earthy and intense Campo Dei Gigli possesses a dark ruby hue and has flavors of wild fruits, licorice, black cherries, black pepper, tobacco and a hint of dark chocolate. 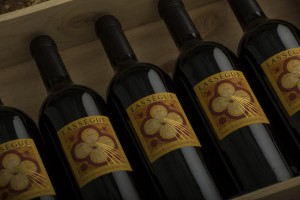 11. Lassègue Saint-Émilion Grand Cru 2016 ($60)
From Château Lassègue situated at the southwest hills of Côte de Saint-Émilion, this opulent Merlot-dominant blend with Cabernet Franc and Cabernet Sauvignon is made from 40-50 years old vines. With expressive aromas of violet, blackberry and dark cherry fruit, this Right Bank Bordeaux has nice acidity, elegant tannins and a chalk dust-like minerality on the finish. Lassègue’s iconic label pictures the ornate sundials which decorate the façade of the 17th century château of Lassègue.

12. Ruffino Tenuta Greppone Mazzi Brunello di Montalcino 2013 ($65)
Just the word Brunello takes me back to Tuscany and the medieval town of Montalcino in the province of Siena where the first records of a red wine made from “Brunello” were in the early 14th century. Greppone Mazzi Brunello di Montalcino is stunning with complex aromas and fresh acidity—blackberry,
cherry, forest floor, leather and tobacco. Made from Sangiovese Grosso coming from the east of the village of Montalcino, the wine is polished and powerful with a long lingering finish.

Strumming up attention on the market, the talented musician who was the lead guitarist for Hall & Oates has listed his Florida haven.