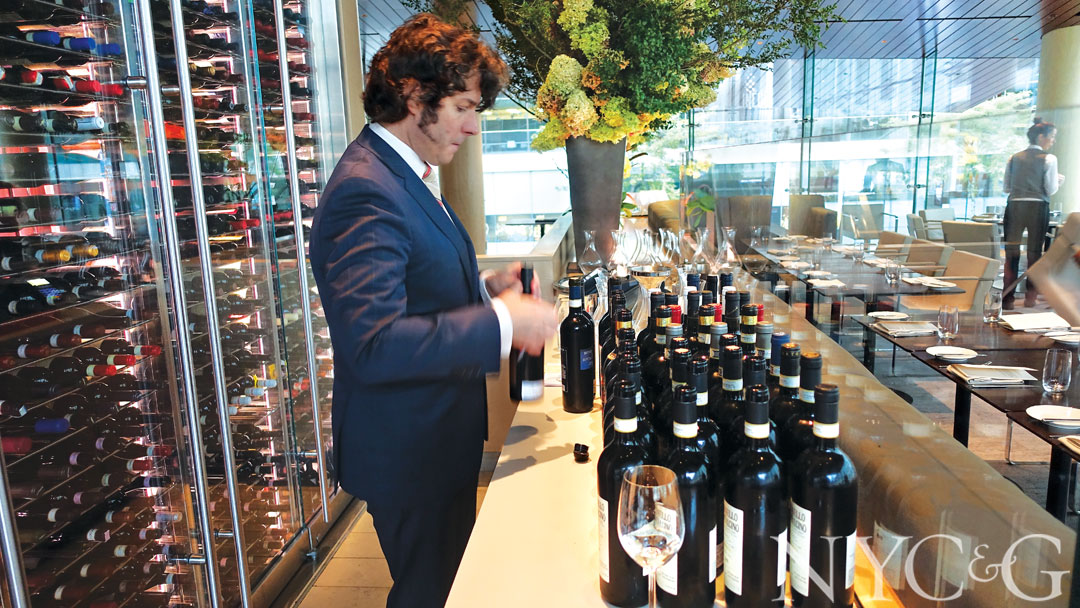 Even oenophiles occasionally quail at the notion of private tasting dinners, where pricey wines are typically matched with multiple food courses in often daunting, sometimes Dionysian feasts. But Antonio Galloni is determined to demystify their rarefied air—without dumbing them down. For years the lead wine critic for Robert Parker’s The Wine Advocate, he left in 2013 to launch his own website, Vinous.com, whose subscribers use the platform to access wine news, recommendations, and rankings. Premium members also receive invitations to exclusive wine dinners with Galloni as host.

So what’s it like? A recent Galloni gathering featured a dozen Brunellos di Montalcino, a much-revered wine made from the Sangiovese Grosso grape, which is grown in the 3,000-acre Montalcino comune in the Tuscan province of Siena. The locale: the beautifully designed Lincoln Ristorante at Lincoln Center, an exquisite setting where attendees paying $700 each for the experience were greeted with flutes of Jacquesson & Fils Champagne to kick off the occasion.

Galloni explained the order of the evening to the crowd—not stuffy wine-collector types, but rather a surprising mix of people, many celebrating special occasions, plus a fair amount of women, including a sommelier from Le Bernardin (it was her night off). From Montalcino’s 255 labels, Galloni had chosen 12 Brunellos from the remarkable 2010 vintage, all made by artisanal vintners and ranging in price from around $60 to $385 (some of them produced in such small quantities that they are already sold out). These were divided into three-glass flights, assigned in no particular order to chef Jonathan Benno’s four-course tasting menu. It was a fun challenge, pitting Brunello against Brunello, all of them great but often surprisingly different in character and flavor. As Galloni put it, “This is like looking at 12 Ferraris and deciding which one’s the best.” 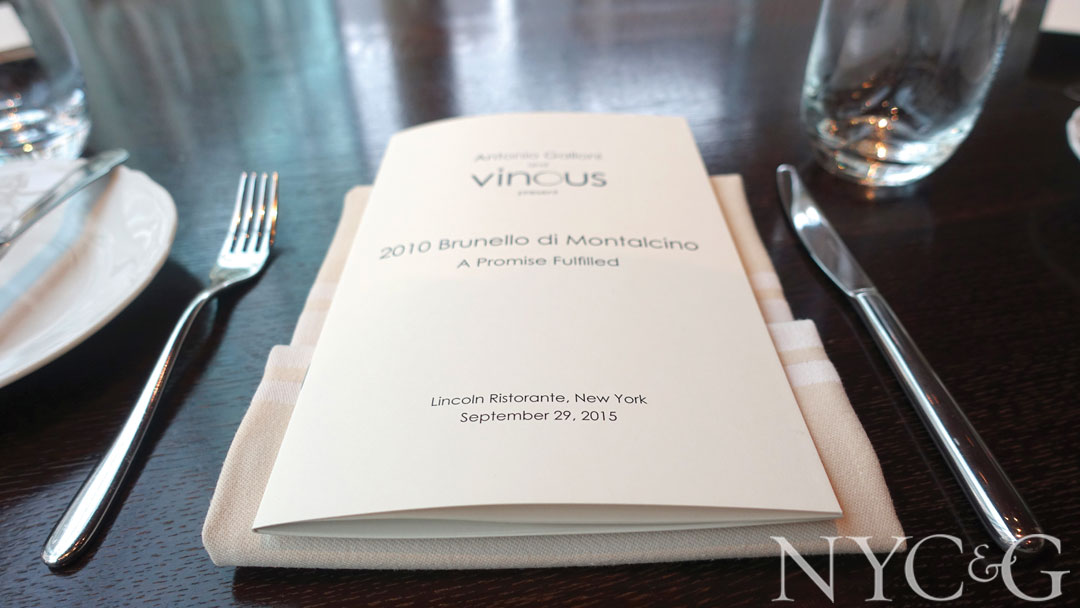 The 2010 vintage was one of the most impressive in recent times, given that year’s ideal weather conditions and long growing season. Yet from flight to flight, guests expressed astonishment at the range and variety, noting how even wines from northern Montalcino (classic, smooth) stood apart against those from southern Montalcino (typically more robust), a function of many factors, such as terroir, microclimatic growing conditions, and the hand of the winemakers. During the second flight, Galloni introduced the Biondi Santi, from Montalcino’s oldest producer, describing it as an “über-classic that has an air of nobility.” The standout, however, was Il Poggione, which actually does hail from a vineyard owned by a noble family and paired beautifully with a dish of agnolotti and a wild-boar ragù.

As the fourth flight neared, tables were groaning with the weight of the wineglasses, which remained within reach so that guests could revisit earlier flights and take further notes in little booklets that had been positioned at every place setting. Not that time matters all that much in the end, at least to Galloni’s seasoned palate. “When you taste a wine,” he pronounced, “it will reveal everything about itself in 30 seconds.”

A version of this article appeared in the Holiday 2015 issue of New York Cottages & Gardens with the headline: Tasting the Limits.