2 Styles to Consider When House Hunting for a Country Kitchen 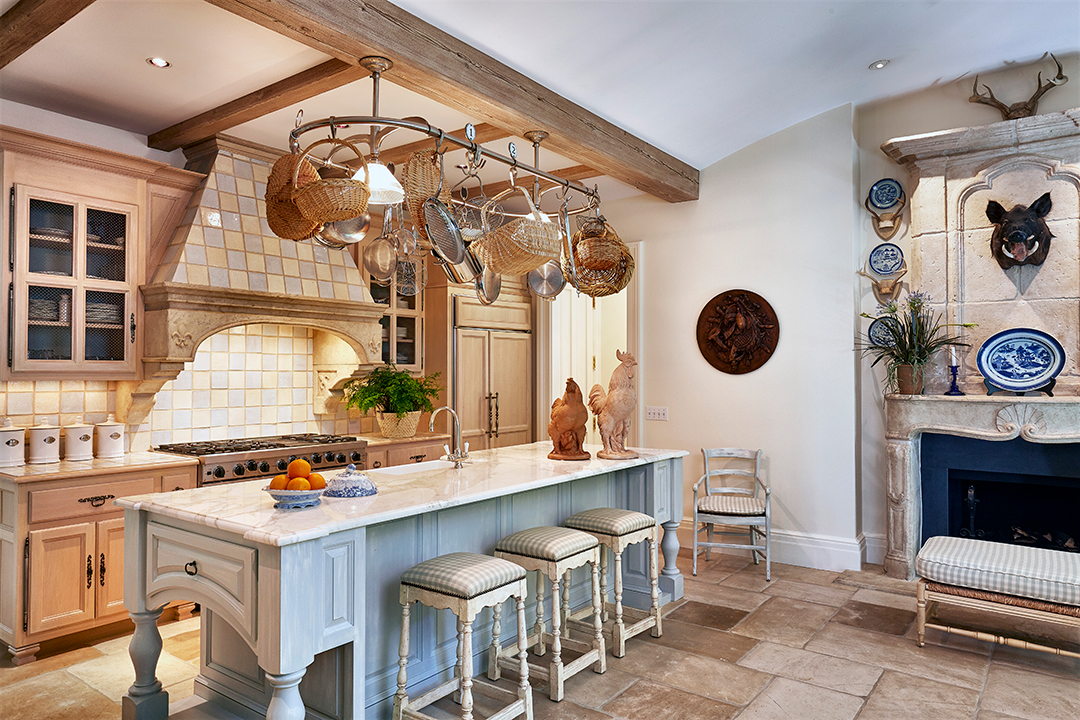 If a country kitchen is on your house wishlist, it's important to decipher which style suits you best. French country is fancier—and altogether more decorative—than its Yankee country counterpart. As proof, check out the cuisine at the heart of the Deep River estate called Windsong, itself designed to resemble an 18th-century chateau. The kitchen, which is pictured above, features an ornately tiled range hood carved with fleur-de-lys—naturellement!—a marble-topped island and wooden cabinetry, including doors that hide the refrigerator. A breakfast table is set alongside a fireplace with a carved stone surround and two sets of French doors opening onto formal gardens that feature an allée of flowering pear trees and a terrain for playing pétanque, the French version of Italian bocce.

Story goes that the home was built in the late 1940s for the bon vivant Jerome Zerbe—whose swell CV includes his roles as America’s first paparazzo, the society editor of Town & Country and the inventor of the vodka martini—who entertained movie stars and other celebrities chez lui. The current owners undertook extensive renovations, including the addition of a full second story, a two-bedroom carriage house, a heated pool and a deep-water dock. Tim Boyd of William Pitt Sotheby’s International Realty has the $4,895,000 listing. 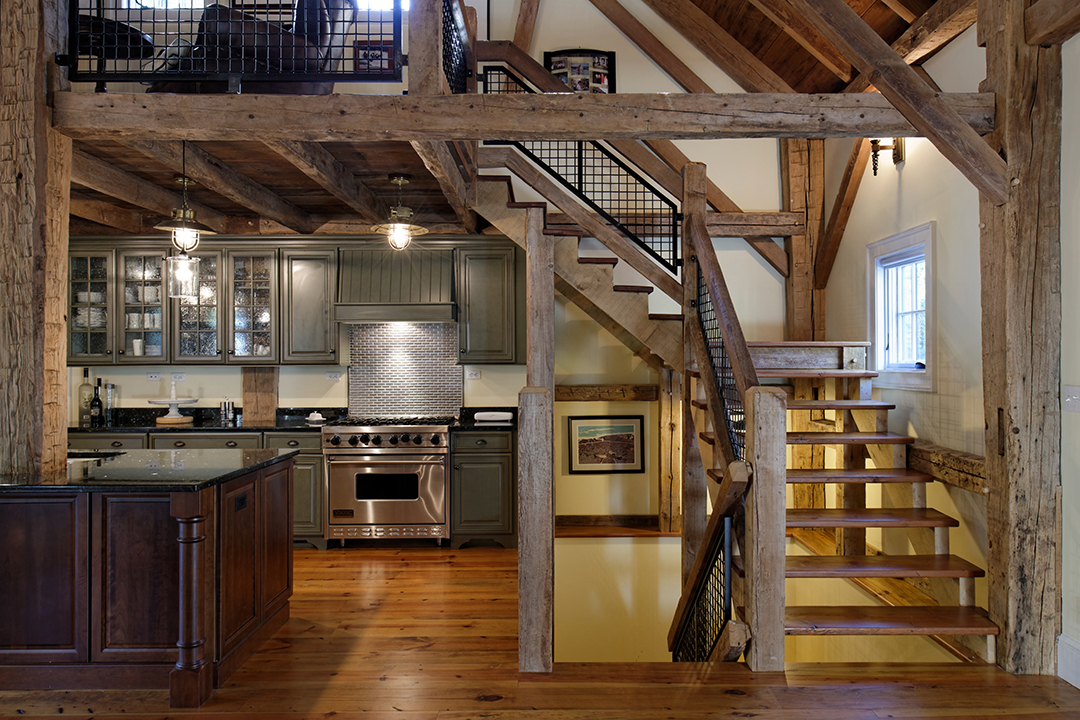 The best for-sale American farm-style kitchen is in a timber-framed guesthouse, part of a larger Greenwich estate that’s listed for $4,995,000. The guesthouse started life in Vermont as a gunstock barn that was moved and reassembled on the 10-acre Greenwich property. The kitchen is framed by rustic exposed beams with access to the great room and its two-story stone hearth that opens onto a dining terrace with an outdoor kitchen via sliding, barn-style doors. There are two bedrooms in the guesthouse and an additional five bedrooms in the circa-1905 main house. The property is offered by Joanne Mancuso of Houlihan Lawrence.