Our friends at the East Hampton Historical Society recently announced their 2018 House & Garden Tour, showcasing some of the finest examples of historical and modern architecture in the Hamptons. This year’s tour — consisting of five unique houses — is scheduled for Saturday, November 24, from 1 to 4:30 p.m.

A kick-off Cocktail Party on the evening of Friday, November 23, welcomes in this year’s highly anticipated House Tour. This annual event, now in its 34th year, will be held at the historical Maidstone Club, ringing in the East End holiday season in style!

Explore our Historical Past through a Kaleidoscope of Distinctive Houses By Sea, By Bay and South-of-the Highway 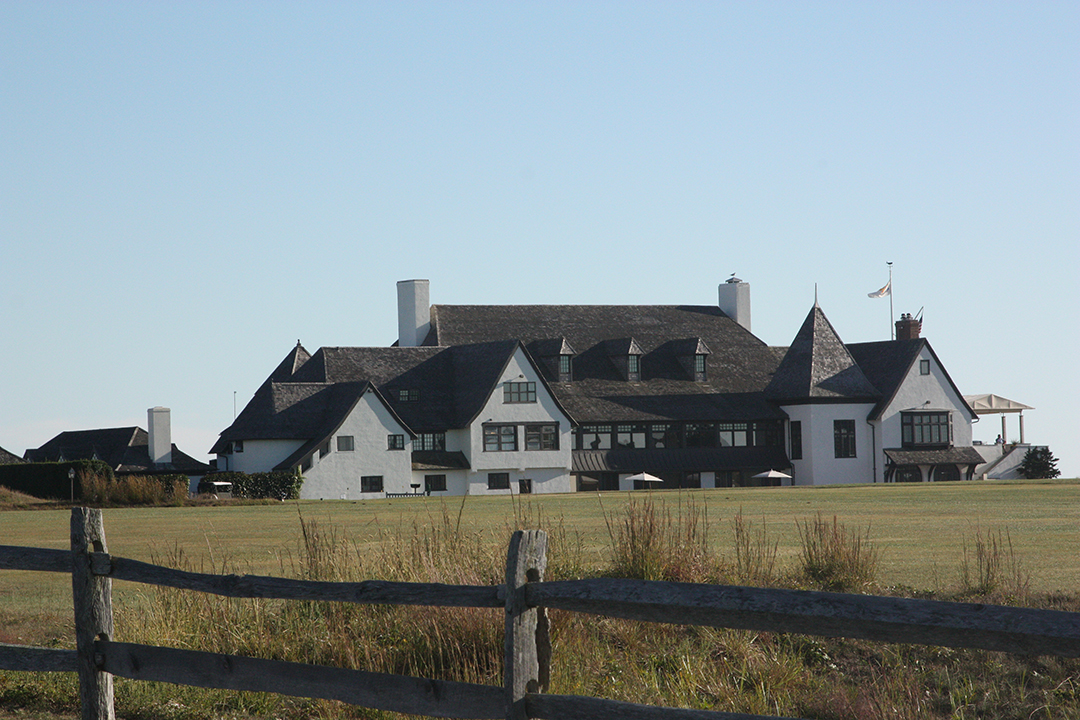 The East Hampton Historical Society’s House Tour Committee has creatively selected five houses that express the unique spirit of living on the East End. The society’s annual house tour offers a one-time-only glimpse inside some of our town’s most storied residences. Whether you’ve longed to step inside a landmarked residence along East Hampton’s Historic District, yearned to take a peek at well-appointed homes South-of-the-Highway, or prefer the clean lines of contemporary architecture – this year’s tour offers a combination of houses that are sure to delight.

The David Huntting House, circa 1800 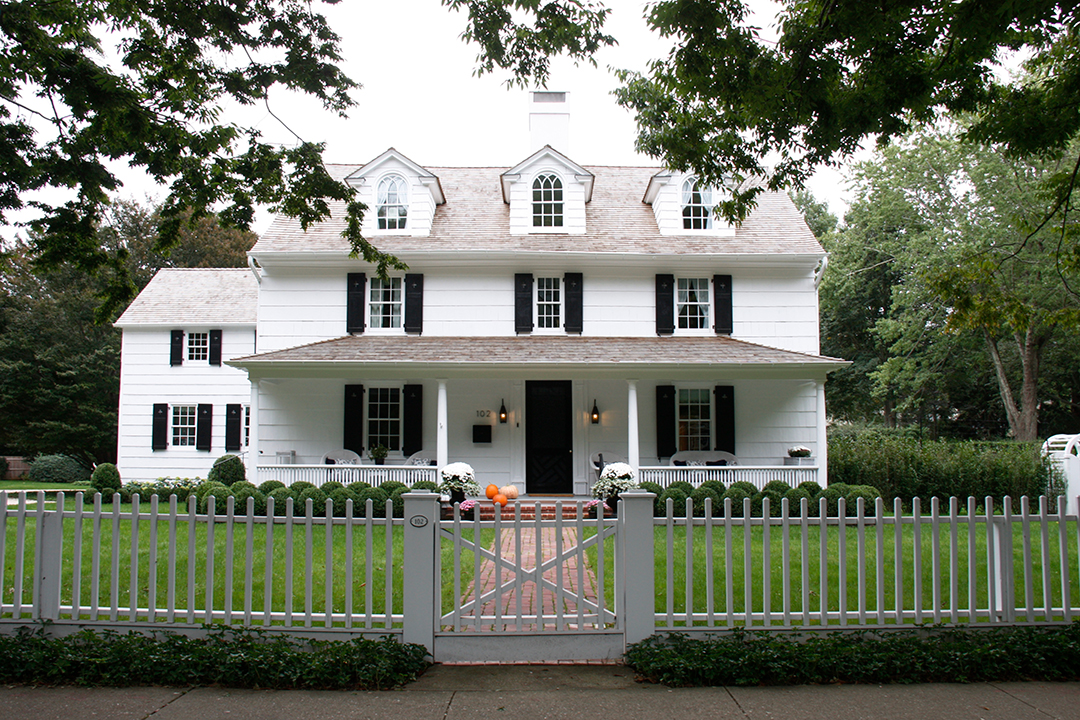 Located in East Hampton’s Historic District, the David Huntting House is one of five distinguished homes on the 2018 East Hampton House & Garden Tour, traditionally held over Thanksgiving weekend. This stately shingled house is known, by local architectural historians, for its beautifully proportioned pilastered front door surround, its paneled double doors and a remarkable curving stairway. The house has undergone a major renovation and restoration in the last two years and looks refreshed and appealing. Come and get first looks at this historical gem! 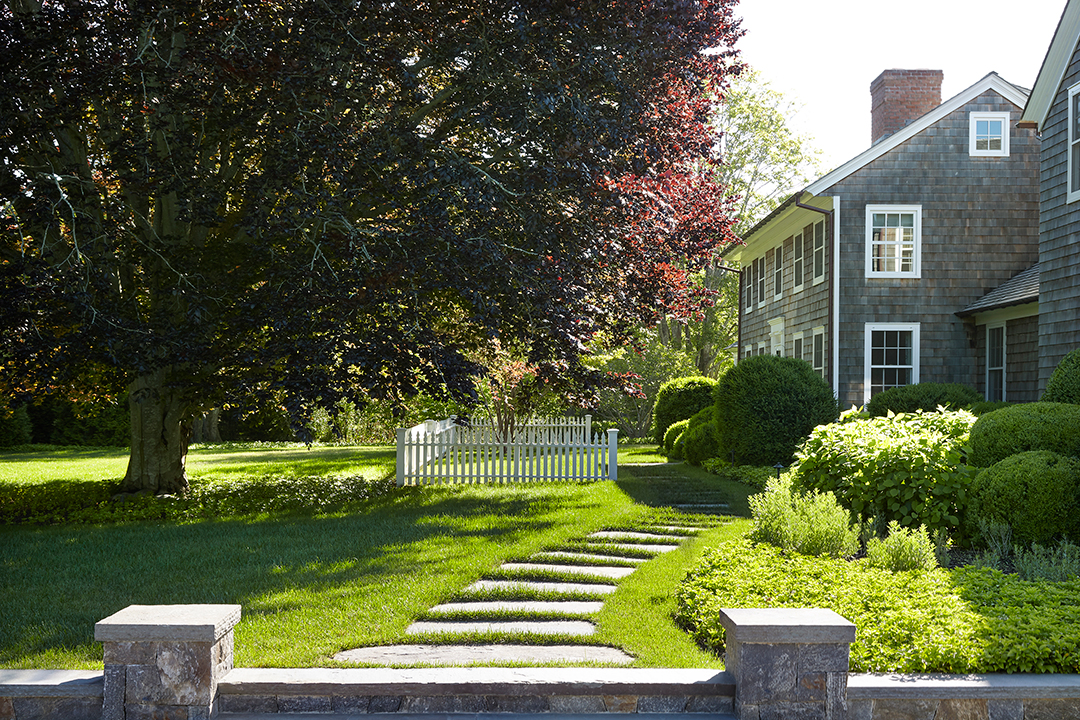 Known as the William H. Babcock House (circa 1720), this regal residence originally stood on Main Street and was relocated to its present location in 1964. The white picket fence is a replica from its Main Street days. The owners, working with East End architect Kitty McCoy, renovated the historic timber frame house in 2016-17. Materials and details from the existing house were judiciously added to the new additions. This aesthetically pleasing, local landmark is now located South-of-the-Highway, which is featured in the November issue of HC&G! 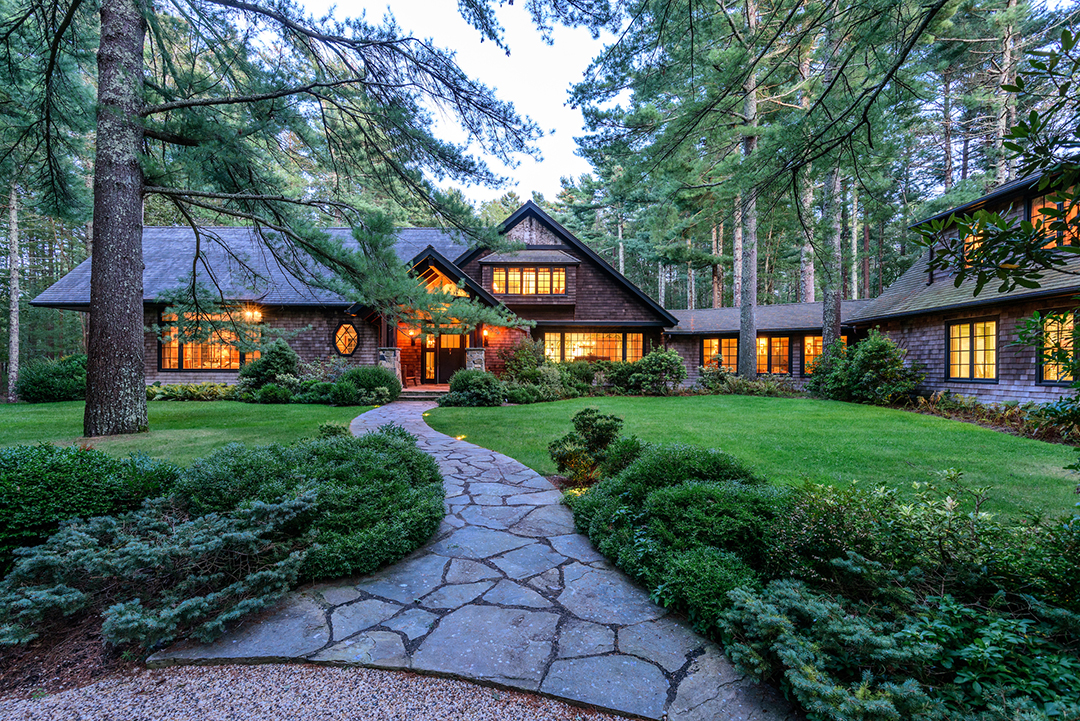 A Modern “Box” Infused with Warmth, Color and the Illusions of Space 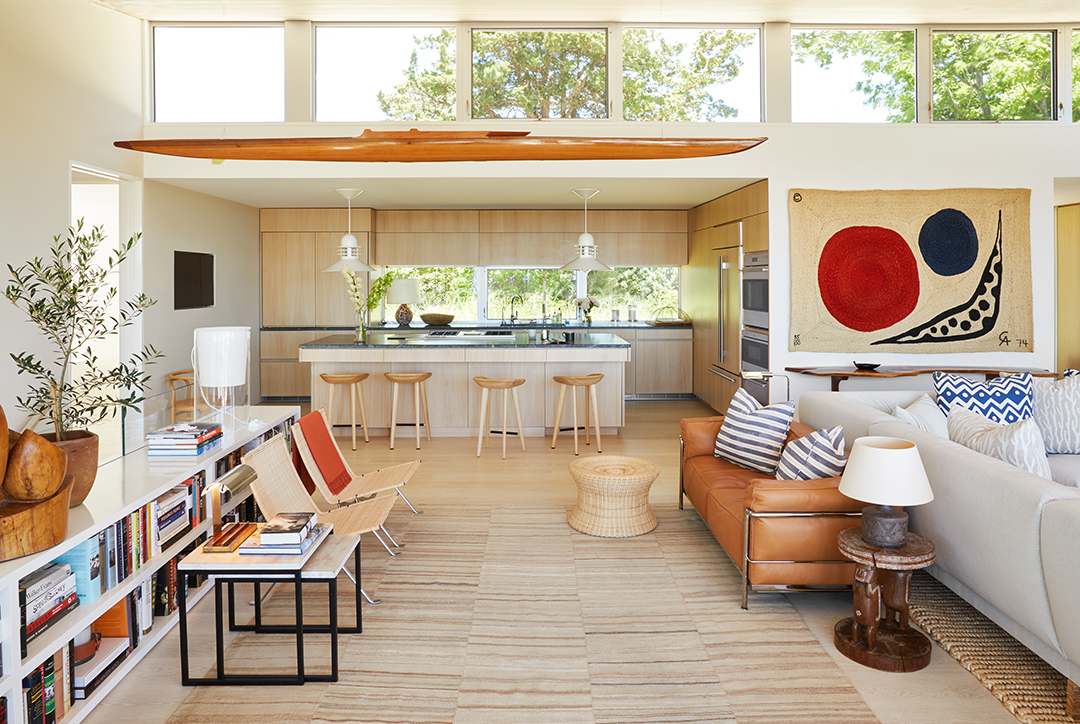 Situated on Bluff Road, overlooking the Atlantic, this spectacular Modern house, designed by architectural firm Stelle Lomont Rouhani, has been infused with warmth, color, and the design aesthetic of renowned interior designer David Netto. To very loosely paraphrase Winston Churchill, this is the lesson: “Never, never, never settle for a boring house. Respect the box, but never let modernism harden into a doctrine that stops people from being comfortable or from living the way they want to.

It may be the architect’s mission to create a crisp, minimal envelope, but it is the decorator’s job to find ways to add mood and sensuality, even through illusion.” Enjoy the collaboration of architectural and interior design missions, woven into perfect harmony in this “Mid-Century Summer’s Night Dream.” 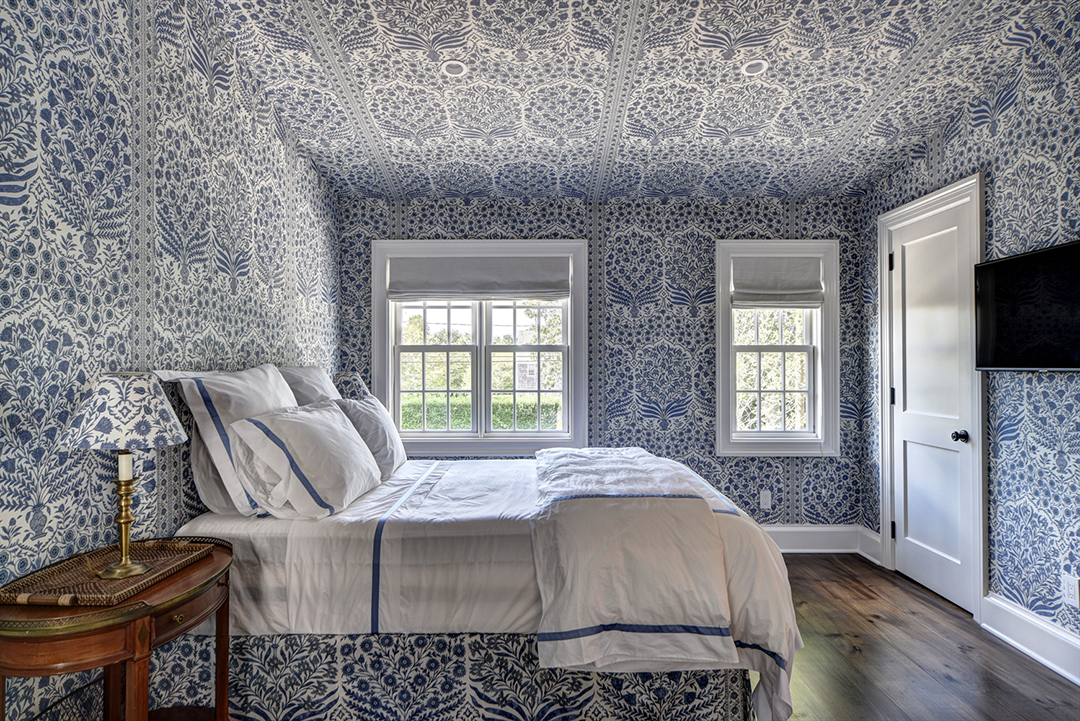 Affectionately named by designer Jessie Della Femina, “Salty Dog” is her answer to the challenge of building a new, modern home that looks like it belongs with the quaint cottages that have dotted Wainscott for centuries. It has been designed to be traditional and unassuming in style – both inside and out – but with modern amenities and technology. With a smaller lot, the house maximizes its footprint and outdoor features with a small pool, outdoor dining area, and an outdoor sitting area with a fire place. Ms. Della Femina is an avid estate sale visitor with a passion for recovering, repainting and restoring the items she finds. More than three quarters of the furniture and decorative items in the house were found at local estate sales (some were refurbished and others left as they were found). Enjoy “Salty Dog” – bring a biscuit!

“The House & Garden Tour is one of our most important fund-raisers,” said the event chairman Joseph Aversano. “This year’s tour is a visual feast of stylish houses. So, while you’re breathing in the sea air and enjoying the varied terrains and architectural styles, your dollars will support the East Hampton Historical Society’s museums and programs,” he said.

Tickets to the Opening Night Cocktail Party are $200 each, which includes entry to the House Tour the following day.

Note: The Maidstone Club is open only to Cocktail Party ticketholders on the evening of Friday, November 23, 2018. The Opening Night Cocktail Party is a fund-raising event for the East Hampton Historical Society.