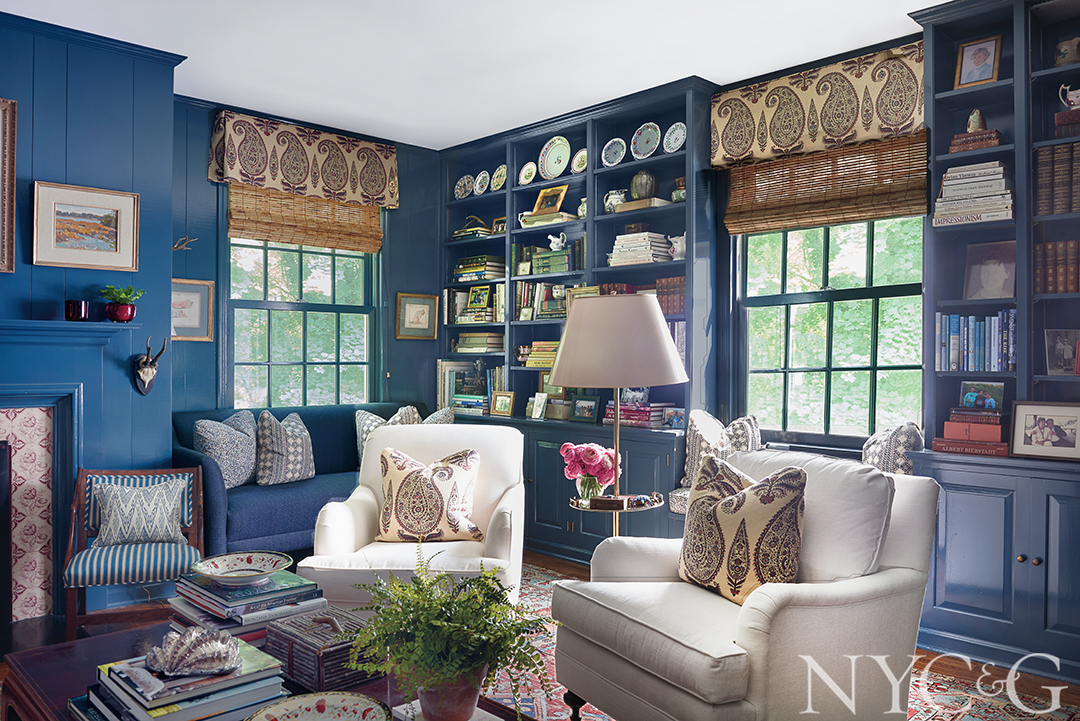 Interior designer Brittany Bromley, a Chicago native who graduated from Tulane University in 2001, initially moved to Manhattan to begin a career in real estate. But she had always loved interior design, and often found herself advising clients on how to make their new homes livable.

In 2009, Bromley and her boyfriend, who is now her husband, packed up their West Village apartment and moved to Bedford, where they purchased a 1796 center-hall Colonial in need of a complete renovation. When the work was done, friends and neighbors took note of Bromley’s talent and started asking her to decorate their homes.

Bromley is currently working on homes all over the country and a hotel in Greece, but word of mouth continues to be her best public relations tool. So when a close friend’s parents bought a 1920s carriage house to use as a vacation home in Locust Valley, Bromley got the call. “The home needed a lot of love, but it was a blank canvas, and that allowed us to think outside the box,” she recounts, noting that the clients had essentially given her free reign, with the condition of working within some of their design parameters. 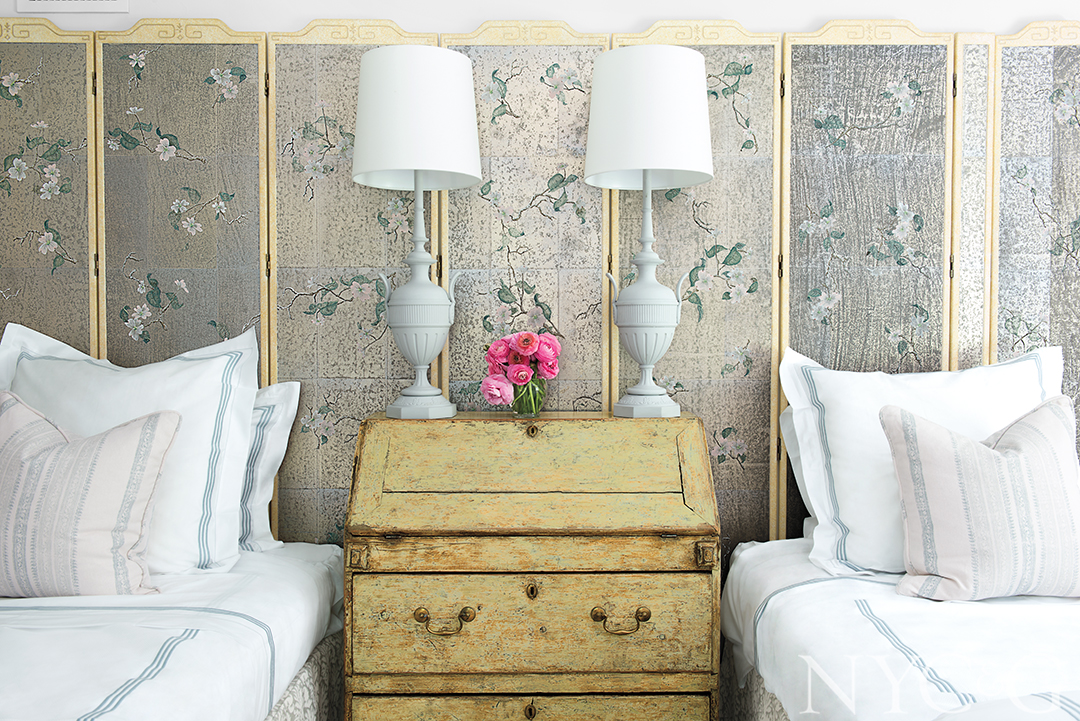 Bromley further credits what she calls creative capital—the idea of earning clients’ confidence through time, ultimately allowing for bolder suggestions that push them outside their comfort zone—to bring the old home back to life. “There was a lot of trust with this project, which led to some extraordinary moments.” In the foyer, for example, Bromley relied on her skills of persuasion, deftly honed while she was in real estate, to get the green light to cover the walls in Schumacher’s statement-making Acanthus Stripe. 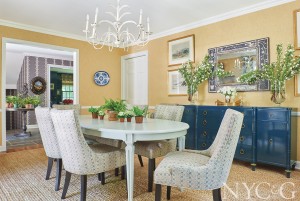 “When the wallpaper went up, the home really started to take shape,” says the designer, who went rogue in the den, painting every inch, save the ceiling, a warm high-gloss Farrow & Ball blue. Not only does the color create an enveloping, cocoon-like feel, but it also accentuates a vast array of antiques and art. “The entire home was supposed to look like it was collected over many years, and we really ran with that idea. Even though a lot of furnishings and accessories are new, it looks as if they have been here since the house was built, standing the test of time.”

The print version of this article appeared with the headline: Carriage Trade.