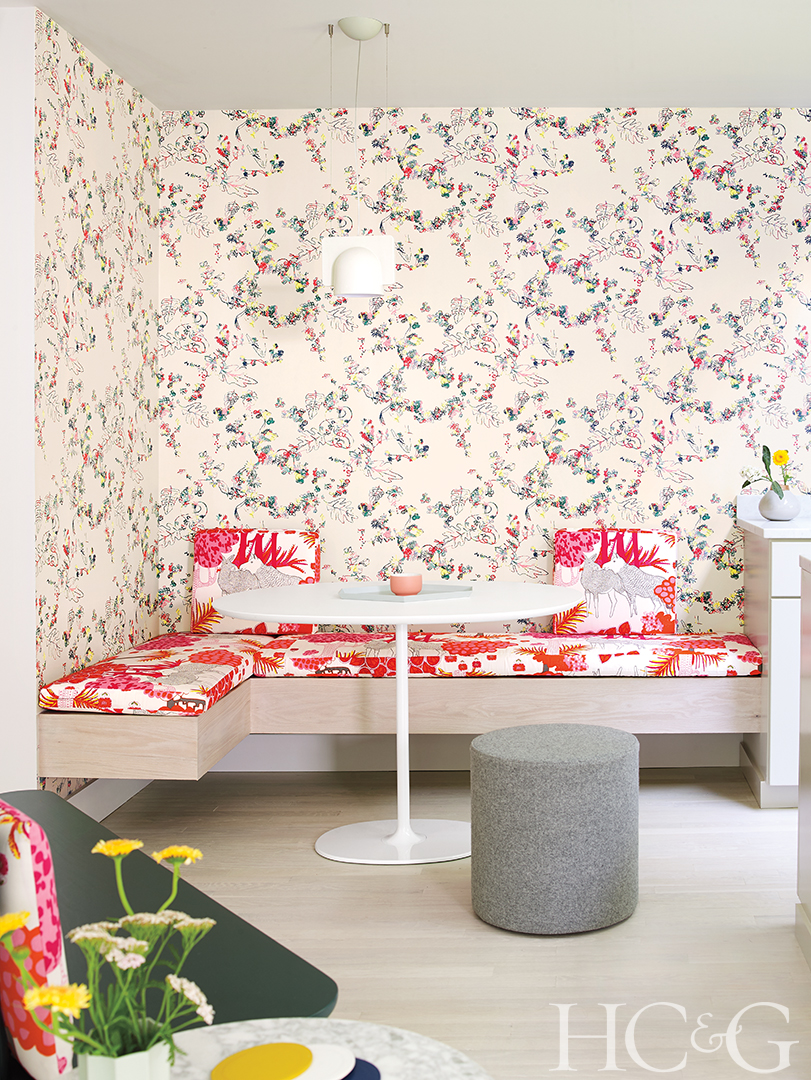 By her own account, Manhattan-based decorator Ona Bernini isn’t “a new-build kind of gal. I love recycling and re-understanding a structure.” Her interest in renovation bubbled up organically several years ago, when she decided to reimagine the Tribeca loft she then shared with her husband, Sébastien Delasnerie, and their son, Hugo. The desire to transform the space wasn’t entirely out of left field: As a descendant of the preeminent Baroque sculptor and architect Gian Lorenzo Bernini, she has been deeply sensitive to the importance of art and architecture from an early age.

Bernini studied art history in college and then “told visual stories” as a television and film editor until 12 years ago, when Hugo was born. “Redesigning the loft,” she recalls, “ignited a passion inside me.” For her second project, the Northern California native unleashed her talents on the family’s first East End getaway, a mid-20th-century residence in Springs. And then, five years ago, when they were craving more space to spread out and host extended family, they sold the home and started anew with a larger 1960s property in the same hamlet. “As you approach the house from the long gravel driveway, it reveals itself in a wonderfully welcoming way. I just knew it was for us.”

As dreamy as the setting was, the interiors (dark wood paneling and brick; a dated yellow kitchen) were crying out for help. “The entire place needed to be reintroduced to the light,” says Bernini, who opened up the main living space, added more windows, and repositioned rooms to take full advantage of the sun streaming in from the newly cleared backyard, which now accommodates a swimming pool (she added a pair of decks, too). Three bedrooms became five, once the previously unfinished lower level was transformed to include a den, a laundry room, and two guest suites. 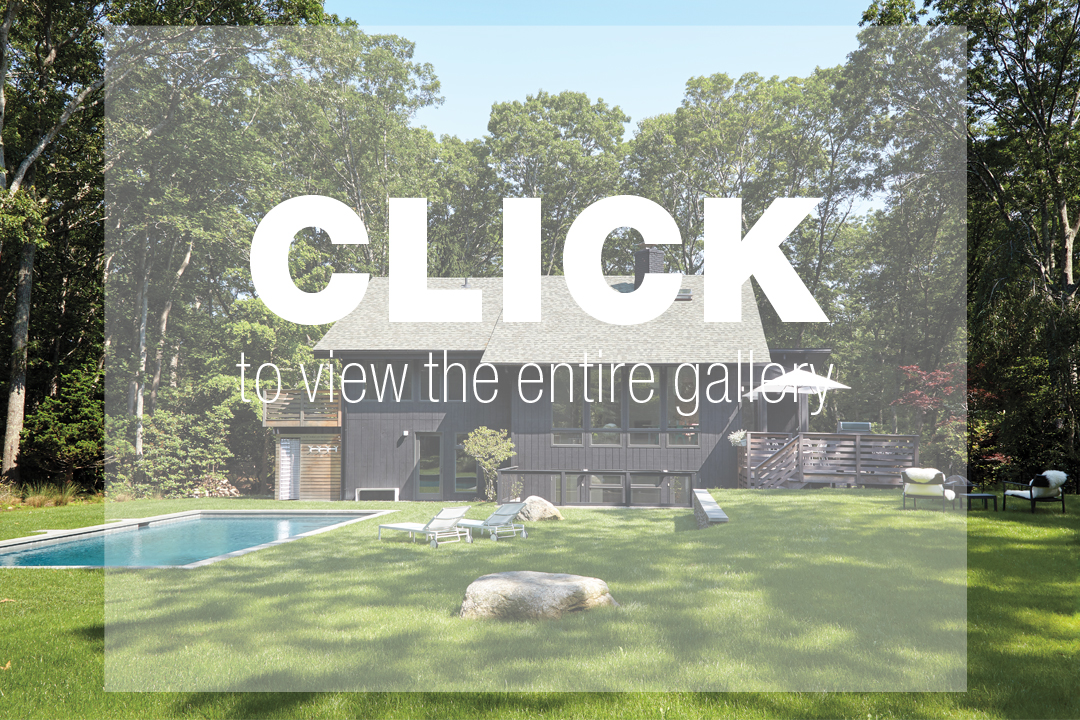 “The house had great potential, and I was certain that I could let it tell a different story without changing its original footprint.” At the same time, Bernini wanted to keep the spirit of the home intact, choosing to repaint the existing kitchen cabinets (“My husband and I cook a lot and like the thump of the 1960s originals”), retain the composite stone–topped vanity in the main guest bath, and salvage a weirdly shaped brick column between the kitchen and living areas that sheathes an original fireplace. “I don’t know what the builder was thinking, but it was too quirky not to keep it!”

Bernini’s penchant for pattern, color, and fun is in evidence everywhere. In the entry, visitors are greeted by a rope swing—the decorator’s favorite piece of furniture in the entire home. “One of us is on it every day,” she says. “You can jump on, swing for a bit, and then continue on your way!” The living room features a lively mix of vibrant textiles and seating pieces, including a custom sofa that’s the depth of a twin bed and ample enough for the whole family to “snuggle up on and read or play games.” And in the kitchen, a banquette upholstered in a bold Ikea fabric complements an equally eccentric botanical wallpaper by Spanish brand Tres Tintas Barcelona.

“I love playing with a respectful clash of pattern. This house is an explosion of color, but it doesn’t smack you in the face. It’s joyous, calm, and energized, all at the same time. As soon as we arrive from the city, the three of us take a deep breath and relax.”

A version of this article appeared in the July 15 2019 issue of HC&G (Hamptons Cottages & Gardens) with the headline: Wit & Whimsy.