A 19th Century Farmhouse with a Playful, Dr. Dolittle Vibe 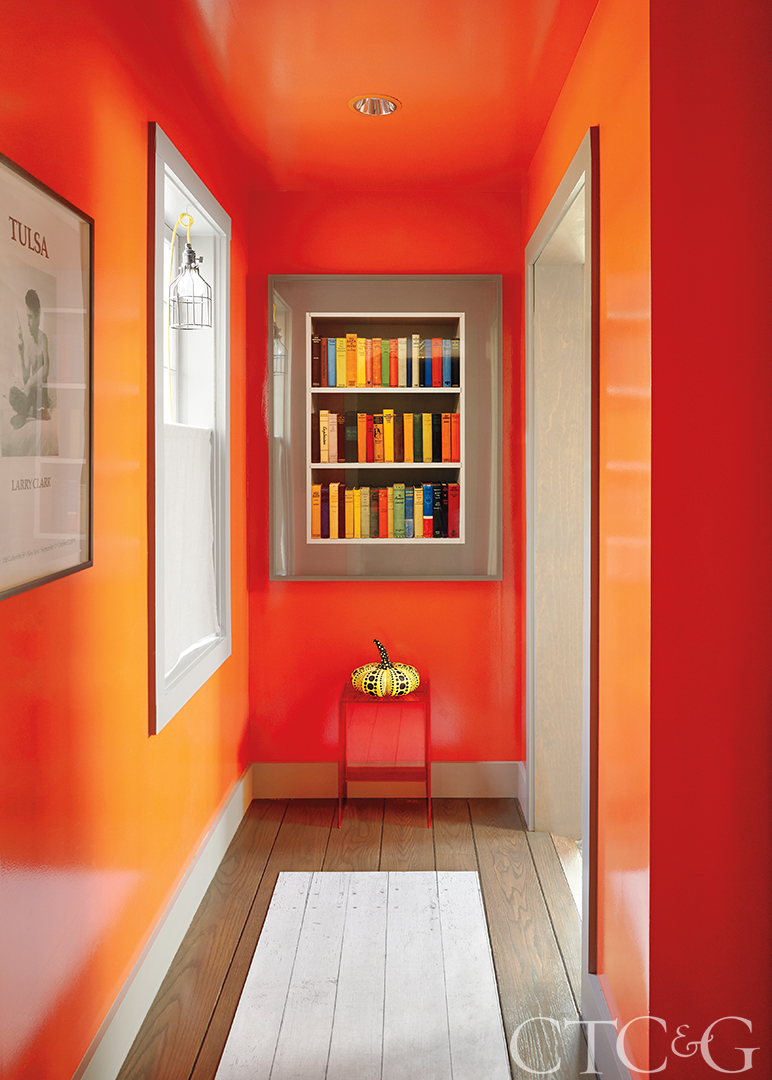 Apart from their three Italian greyhounds. Phillip Odom and Jack Gerson live with an ostrich, a doe, a swan, a couple of rams, and a few unhooting owls. The men are not Doctors Dolittle, but they do like having the presence of animals in their Washington Depot home, which they have occupied for several years—first as a weekend house and now as their full-time residence.

Of the ostrich, which stands, rather alarmingly, on a plinth beside their dining room fireplace, Odom says, “I bought it at an auction in Miami and just liked the way the animal looks.” About that taxidermied bird, which dates from the 1920s, Gerson adds, “Let’s just say that when guests see it, it always elicits a response, the most common one being how it’s a rather ‘unexpected’ detail.” Indeed, the couple’s home is filled with life, albeit some of it stuffed. “I want to stress that these are all antiques,” notes Odom. “We think of the animals we have as being very happy things, not scary things.” 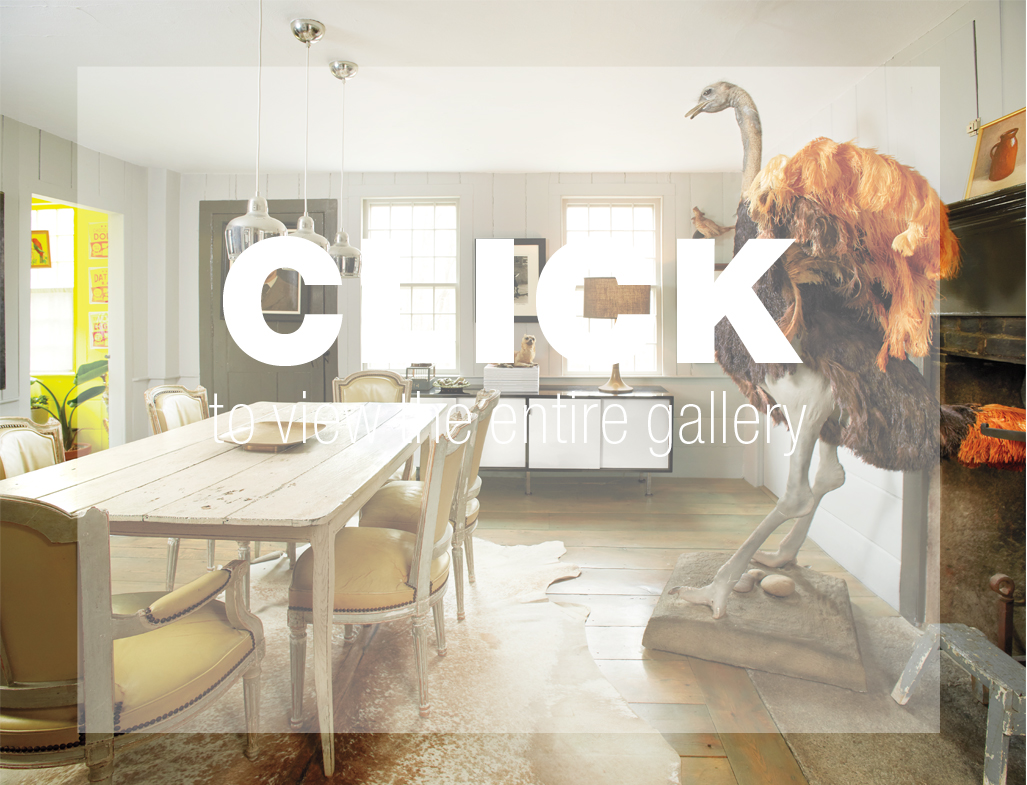 Elsewhere in their three-bedroom residence, a former farmhouse dating from 1867, is a collection of furnishings, accessories and decorative items that reflect the many chapters of their lives. With stints in London, New York, New Orleans and elsewhere, the couple has together and independently amassed a unique collection of objects.

“When we started to put out in the house what we had, we discovered that everything had a place here,” says Odom. “These collections are the culmination of every place we’ve lived. And even though they’re disparate elements, we’re surprised by how well they work together. I would love to say that the way our rooms have come together was planned, but it’s all more by accident and luck.”

Something Odom and Gerson did plan, however, is the prevailing palette of their interiors. They share a penchant for the simplicity and refinement characteristic of the Swedish Gustavian style. They kept most of the rooms to a soft gray hue, a color they agree is “authentic and soothing.” To further emphasize the quiet palette, they used few window treatments. “We’re big fans of natural light,” says Gerson, “and because the house is situated down a long driveway, surrounded by trees, we don’t have to worry about privacy.”

Which is not to say that colors don’t come into play in surprising ways. An existing barn on the property, for instance, located just feet away from the main house, was transformed into a kind of casual great room, complete with a dining area and towering wall of bookshelves filled with design and photography titles. To link the buildings, the homeowners had a hallway constructed, an L-shaped space they have announced with a vibrant Farrow & Ball shade of orange. Just as the sight of the ostrich is “unexpected”, so, too, is the bright hue, a strong reminder that their house once took a different form.

Their entry, also, is boldly announced with a matte-black finish, one wall of which is lined with a wooden bench. On its surface, the couple displays a variety of objects—flea-market portraits, carved wooden animals, vintage signage—that stand out against the monochromatic backdrop. In the rooms in which Gustavian gray prevails, the furnishings and accessories provide bursts of color that cannot be missed. In the formal living room, a diminutive space reflective of the home’s origins as a farmhouse, a pair of Qing Dynasty chairs accented with aqua cushions, along with a pink Arne Jacobsen sofa are positioned on a boldly striped rug. “Some of the room’s hues are actually found in Gustavian pieces, but we just pumped them up a bit,” says Odom.

Despite the many treasured items the couple has gathered over their years together, it wasn’t until they bought the house in 2012 that they really got to see what they owned. “When you live in a place that’s small, you can’t always see what you own,” says Odom. “But we have space enough here to see everything. And because everything has a story behind it, whatever we look at elicits nice memories.”

A version of this article appeared in the November 2019 issue of CTC&G (Connecticut Cottages & Gardens) with the headline: Collective Impact.