A Bronxville Kitchen Gets a Modern Makeover From Dunn & Tighe Interiors 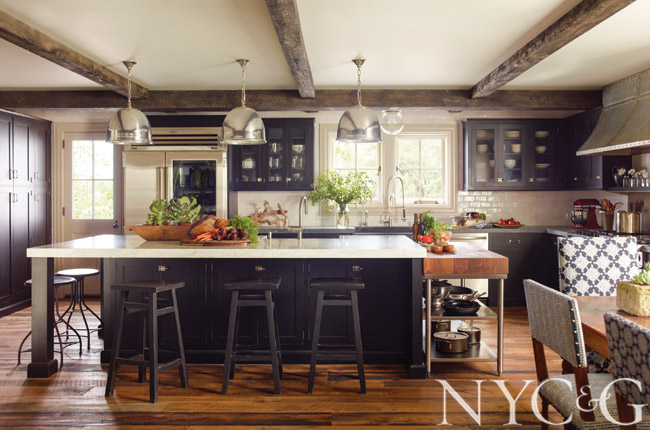 In a shingle-style home designed by Delano & Aldrich and built more than a century ago, Leslie Dunn and Ann Tighe devised a kitchen plan that meshes seamlessly with the house’s architecture but is made for 21st-century living. Exposed beams and rough-hewn floors combine with state-of-the-art appliances, creating a kitchen that’s “both industrial and rustic, with a vintage-farmhouse feel,” says Dunn.

NYC&G: Describe the style and site of the house where this kitchen is located.

Leslie Dunn, partner: It’s a 104-year-old shingle-style house by Delano & Aldrich, located on one of the highest points in Bronxville.

Ann Tighe, partner: It’s a wonderful family home for our clients and their three girls, a beagle, and a cockatoo.

With the kitchen renovation, did you tack on an addition, or stick to the preexisting space?

AT: Technically, it was a renovation, but we did push out the back to square it off. We were able to remove a furnace chimney that had been in the middle of the kitchen and enclose a porch. 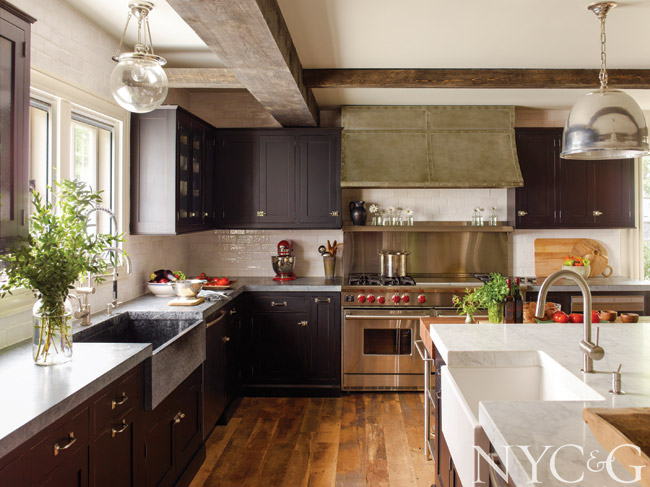 What were the project’s primary goals?

AT: The wife is an amazing chef, and the kitchen is the center of her life—a place where she and her family like to entertain. The clients were looking to make much better use of a lot of wasted space.
LD: The wife is an unabashed fan of the Food Network, and home-design TV shows are her inspiration. She wanted a kitchen that was both industrial and rustic, with a vintage-farmhouse feel. It all sounded a little daunting at first, but we succeeded with a great variety of design elements.

Can you give some examples?

LD: We used natural materials, like aged copper for the sink in the butler’s pantry, handmade tiles on the backsplash, and marble for the pastry workspace on the island. Now it looks magazine-ready on a daily basis!
AT: We considered only the best materials and every detail, down to custom casement windows, since the clients wanted a kitchen with an older feel.
LD: The wife loves having her food in baskets and seeing her food displayed for easy identification. The grain drawers are incredible—they have false Lucite fronts with loose pasta in one and popcorn kernels in the other. Behind them are boxes of pasta and snacks. 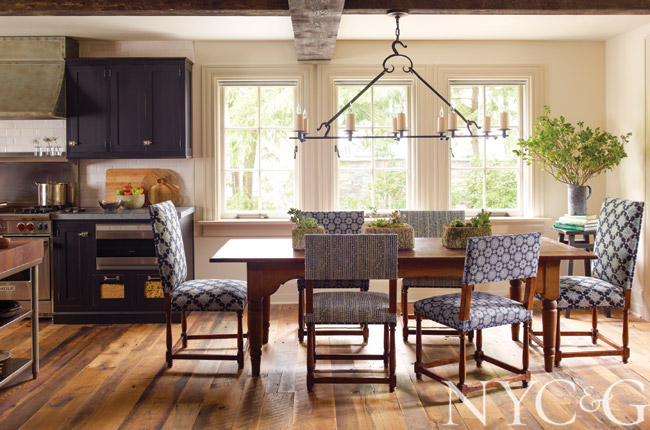 How does the butler’s pantry differ from the rest of the kitchen?

LD: It does almost seem like a different part of the house, partly because the wife wanted the space to have a point of demarcation. The floors have a Turkish motif, and the backsplash is not the same as the one in the kitchen. Overall, she wanted her kitchen to defy categorization and not feel dated. The directive was for it to be of the moment and timeless.
AT: She also wanted to create a flow from the kitchen to the pantry to the dining room and back to the kitchen. The circular motion is integral to the design and very much associated with houses from that era. 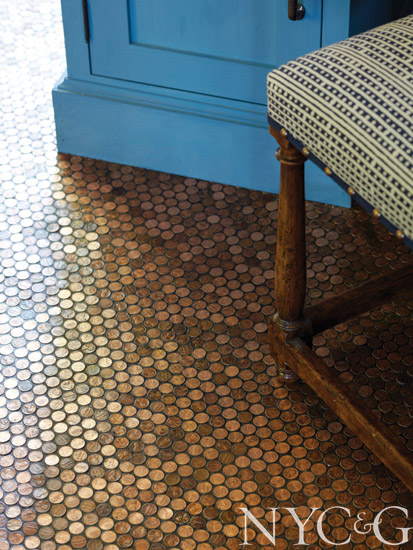 What other components are at play?

AT: We used bricks from the former chimney to give age and context to a wall in the kitchen. And the family got the entry mudroom they always wanted, with an idiosyncratic penny-tile floor hand-laid by a young craftsman who was inspired by the Standard Grill in Manhattan.
LD: The husband left most decisions to the wife, but chimed in on the farmhouse dining table, which was built of salvaged floorboards from an Amish attic. Once he got his table, he handed over the rest of the design to her. In the end, we gave them exactly what they wanted: a 21st-century kitchen that fits seamlessly inside an early-20th-century home.

A version of this article appeared in the September 2015 issue of New York Cottages & Gardens with the headline: Room Service.