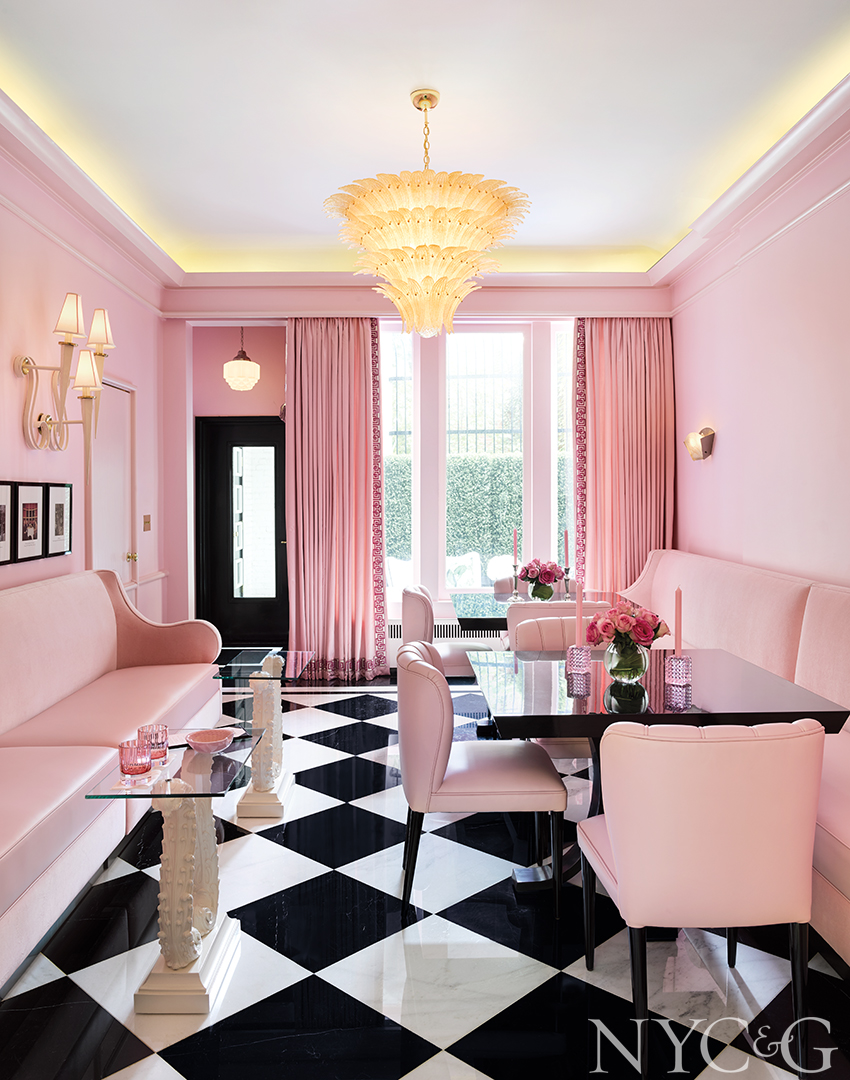 Late-Victorian brownstone beauties are still abundant in New York City, but not so much their younger brethren from the Art Deco period. The Turtle Bay townhouse featured on these pages is an exceptional 1920s specimen, down to the elegant, carefully preserved detailing on its seemingly unassuming façade. A little coy and buttoned up on the outside, it morphs into a sexy librarian inside, its interior decor nothing short of va-va-voom.

The luxe, envelope-pushing design scheme is the work of Louis Marra and Allison Julius, the brother-sister team who run Maison 24, a Park Avenue home-furnishings shop where the townhouse’s owners, an international couple who split their time among Europe, Asia, and the United States, first met the duo and became enamored with their style. So much so that Julius and Marra, who both worked for Jonathan Adler prior to opening their first Maison 24 shop in Bridgehampton in 2008 (it has since closed), were given carte blanche with the interiors and, as Julius describes it, a “nice budget” to make it happen.

The owners have two dogs, but no children, and the couple who owned the house for nearly 70 years before them also had no children, which meant that Julius and Marra could essentially stick with the original floor plan of one large room per floor, approximately 18 by 38 feet. “We were able to keep the building intact,” says Marra, “versus chopping up each level into bedrooms or carving out a family room, or adding bathrooms on every floor, which it didn’t have.”

Julius and Marra took design cues from their favorite hotels, from boutique gems to grande dames, to create areas specifically dedicated to relaxing and entertaining. But the decorative details were inspired largely by the maximalist style of the legendary designer Dorothy Draper—by no means an easy act to follow. “We’re not draftsmen, and there are a lot of things we can’t do,” explains Marra, “so we needed to bring someone else into the project to help us.” Enter Julius and Marra’s old friends Lorenzo Mollicone and Tony Ferchak of the Miami-based William Bernard Design Group—a strategic choice, since Mollicone started his career working with Carleton Varney, president of Dorothy Draper and Co., on projects including the venerated Greenbrier Hotel in White Sulphur Springs, West Virginia. The firm, in tandem with Julius and Marra, created most of the cabinetry, decorative moldings, and millwork. 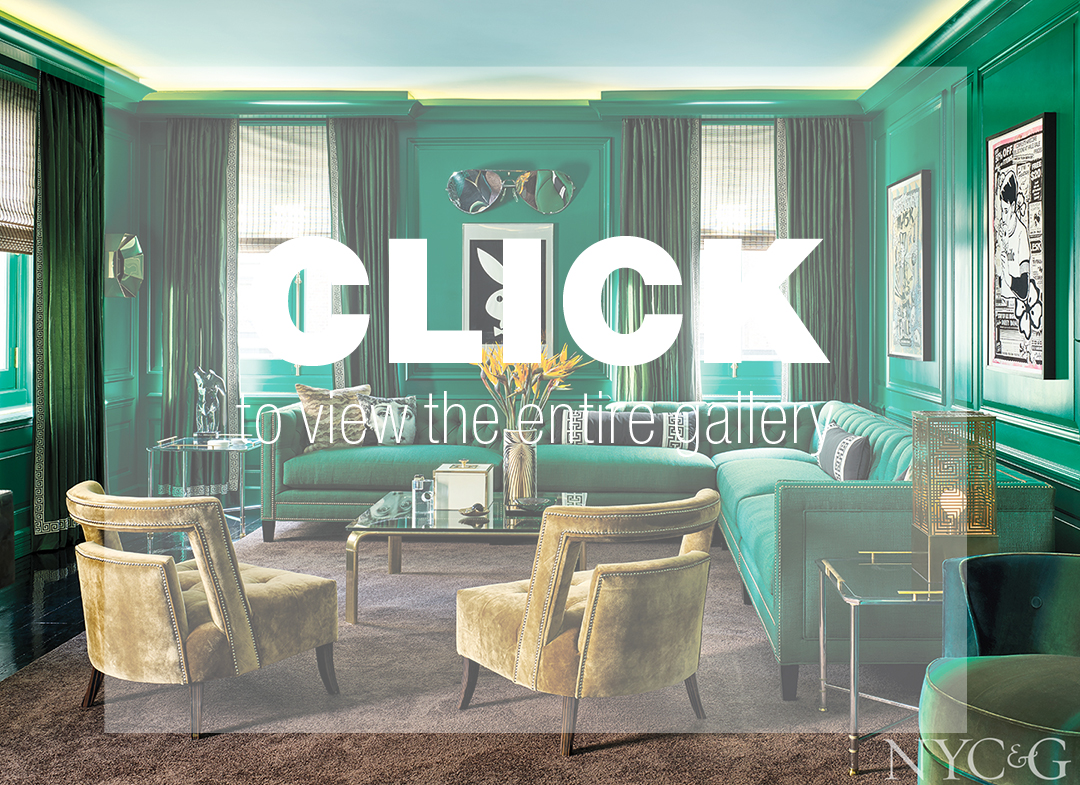 The highly collaborative clients also allowed the decorators “to do a lot of things, like use tons of colors,” Marra says, although the kitchen is intentionally appointed in tuxedo-sharp, monochromatic black and white, its reflective surfaces intended to maximize light in the sub-grade space. Upstairs, the emerald-green library includes a large bar with wood fretwork painted in 14k gold. The guest room’s palette was inspired by pagoda-shaped bright orange silk lampshades that the duo found at the Midtown shop Illumé. The pink of the dining room is the most telling homage to Draper, with deep banquettes covered in blush Naugahyde (the same pink appears in the elevator). Decked out in soothing gray, the bedroom in the master suite features an antique Dorothy Draper buffet, repurposed as a repository for the lady of the house’s shoes.

The home’s pièce de résistance is equal parts obvious and subtle: A custom Stark carpet, running the length of the original square spiral staircase, bears a leafy print on some segments and an animal print on others. It was cut and installed on site over the course of a week. “This is a nod to the old Greenbrier,” notes Julius. “Stark used to make carpets like this all the time, but hadn’t in years. They were really excited about this commission.”

Piecing the runner together was, well, a piece of cake compared to the nail-biting experience of making some of the furnishings fit inside the narrow rooms. “We were more concerned about getting things up the stairs,” Julius says with a laugh. “But when clients are willing to put their faith in you, the work always becomes a lot more fun—even if it’s still work.”

A version of this article appeared in the September 2018 issue of NYC&G (New York Cottages & Gardens) with the headline: Sleek & Chic.