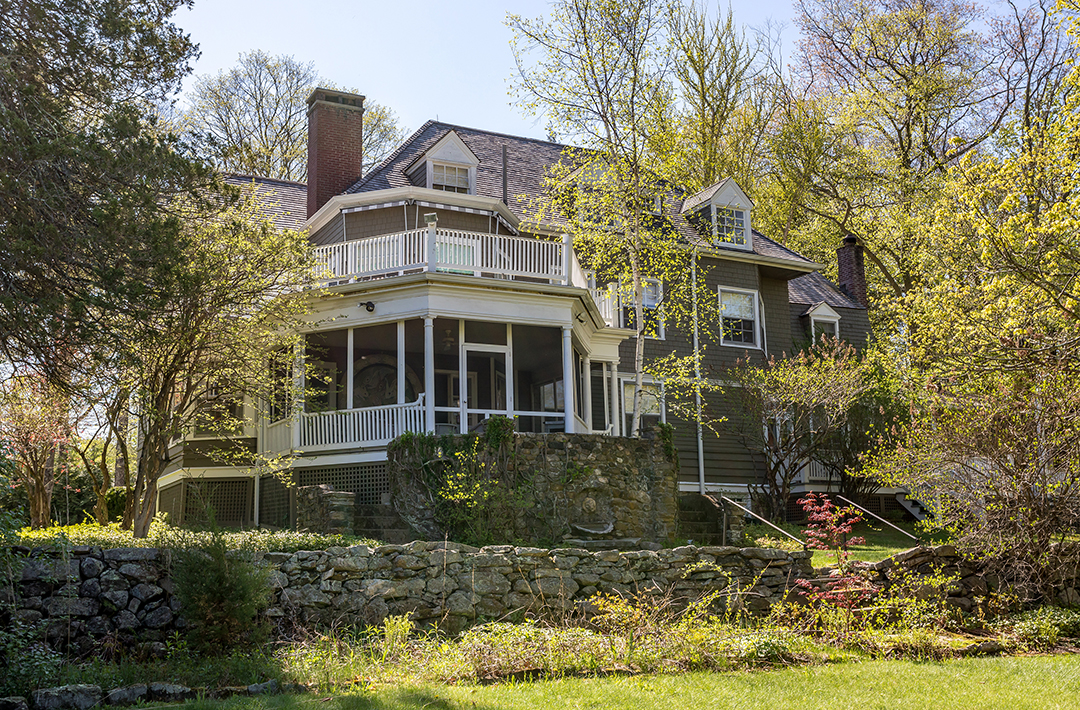 Ehrick Rossiter was a 19th-century stararchitect, long before that term was coined. Like Harvard Five architect Eliot Noyes, he concentrated his work in a corner of Connecticut—in his case, in Washington, where he made his home. The Gunnery school graduate designed some 25 buildings, including his own circa-1880s stone-and-shingle manse called the Rocks; a lodge-style New Preston landmark called the Boulders; and the stately old St. Michael’s Church in Litchfield.

The circa-1890 for-sale home is called House of the Winds, located in the town of Washington but on more than five private acres with western views overlooking the Steep Rock Association land trust. The shingle-style estate offers seven bedrooms, seven bathrooms and a screened-in eating porch, as well as a pool and cabana. It’s offered for $3.9 million by Peter Klemm of Klemm Real Estate.