A Circa-1973 Catskills Bungalow Gets a Modern Revamp 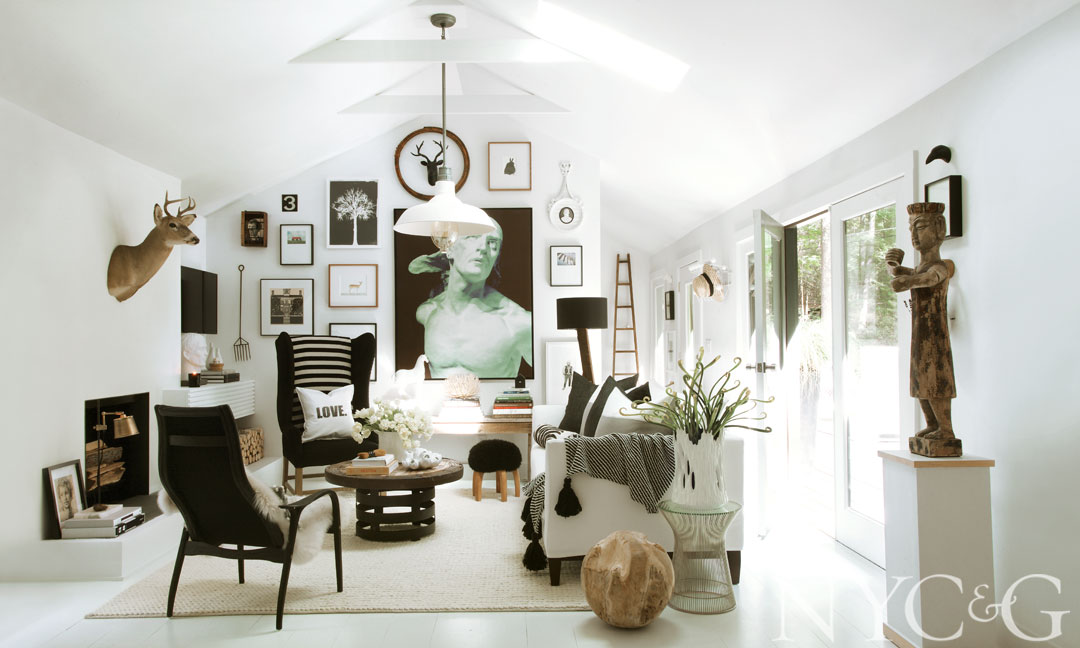 Herman Vega and Eduardo Rodriguez both grew up in Venezuela and met in Miami, so it’s easy to visualize them as beach people. But it turns out that the urban-dwelling Manhattanites are country converts on the weekends. “We have friends in the Hudson Valley who live such unpretentious, honest lives,” says Vega, who is the creative director of People en Español. “Whenever we stayed with them in years past, we left feeling rebalanced and prepared for the craziness of the city.”

Once Rodriguez and Vega started looking for a weekend getaway of their own, in Ulster County, one listing—a former sheep farm on a secluded five acres—stood out. The long-abandoned house on the property looked utterly unremarkable, but they decided they needed to see it anyway. So one cold, foggy day, the couple waded through knee-high piles of unraked leaves and confirmed their gut feeling: The house was no gem, but it was nestled in what Rodriguez, an interior designer, describes as a “fairy-tale setting” at the end of a winding driveway guarded by a phalanx of mature oaks and pines.

If the exterior qualified as nondescript, the interior defied description. Some walls were clad in green siding, others in random bits of trellis. There were dropped ceilings, Moorish-style cabinets, and sets of aubergine floral drapes, all of them swagged. “We were pretty speechless,” recalls Vega. “But then we looked at each other and simultaneously said, ‘This is it!’ We were up for a challenge and could see its potential.” 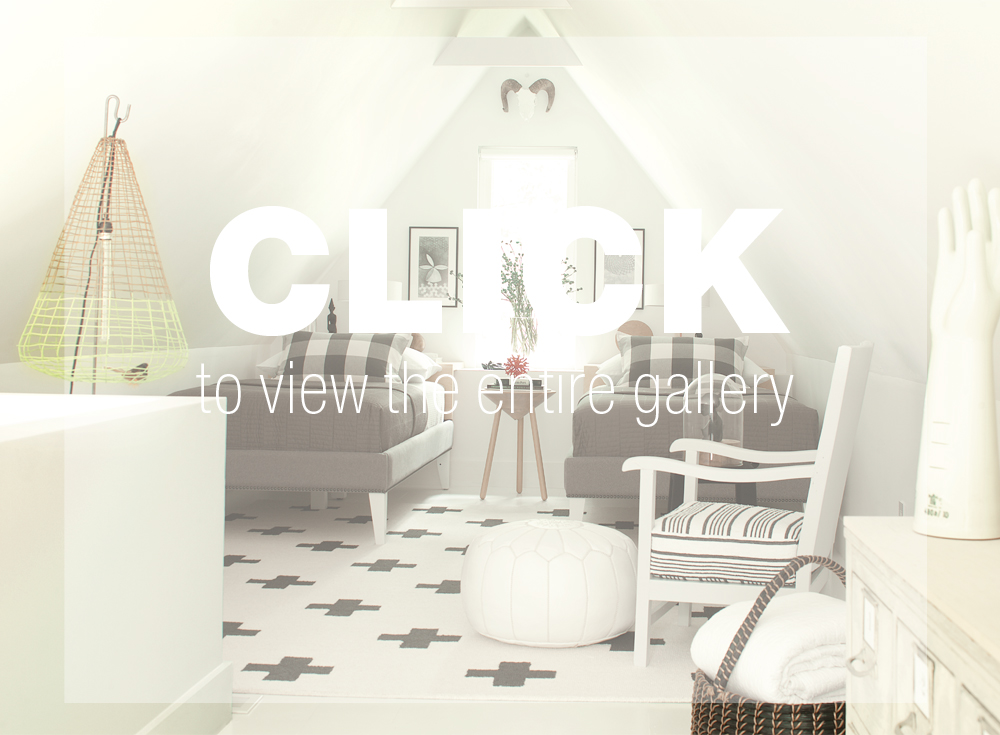 Thomas Motzer, a local contractor and skilled craftsman, became their trusted collaborator, taking the building down to its studs. In its new incarnation, the 1,350-square-foot house adheres to its original footprint, but now has architectural presence. Clad in black cement siding that’s punctuated by a citrus-green front door, it features expanses of newly installed windows that solidify each elevation and strategically draw light inside. On the ground floor, a 12-foot-high pitched ceiling hovers above a great room containing a living space and an integrated kitchen/dining area. Sleeping quarters comprise two en suite bedrooms and an open attic that functions as a cozy guest dorm.

While managing the redo from Manhattan, the couple took on already familiar roles. “Herman is the practical, cautionary one, and I tend to take risks,” says Rodriguez, who has designed everything from couture clothing to movie sets and, more recently, interiors, and whose inspired d-i-y touches are layered into every room. Bedside tables that once stood on four legs now cantilever from the wall, with just one leg to support their newly slimmed frames; a generic white desk takes on a distinguished air with a contrasting wood drawer; a tucked-in striped throw doubles as temporary upholstery on the back of a wing chair.

“Stylistically, we’re both drawn to designs from the mid-20th century because furnishings from that period are so clean-lined and timeless,” says Rodriguez, “but an object’s provenance is ultimately immaterial to us. We’ve mixed contemporary European pieces with tribal statues, alongside farm implements and antiques from local stores. It all feels of a piece.”

During the warm-weather months, Vega and Rodriguez entertain friends on a spacious deck that’s configured with sofas and cocktail tables, an alfresco dining area, and a fire pit, essentially doubling the size of their living space. But the diminutive house feels expansive even in the winter, thanks to the generous windows, which let in abundant sunshine during the day and shimmery forest shadows on moonlit nights. Just like something out of a fairy tale.

A version of this article appeared in the March 2017 issue of NYC&G (New York Cottages & Gardens) with the headline: Catskills Charmer.