A City-Dwelling Couple Creates a Modern Marvel in Connecticut's Countryside 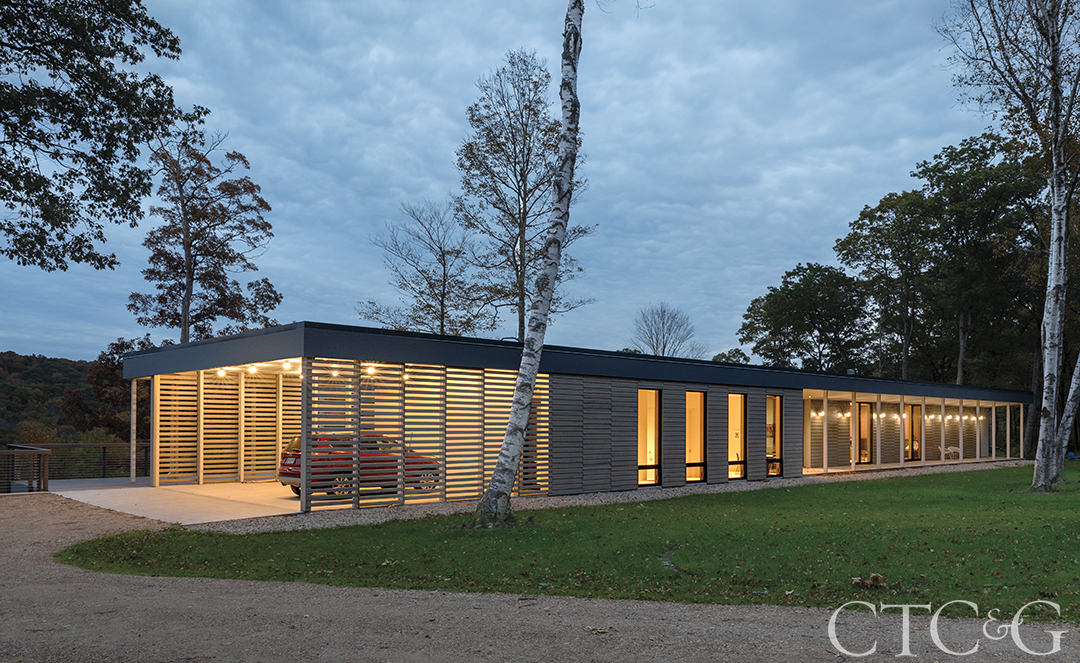 Somewhere atop a high ridge in Northwest Connecticut, there’s a house that looks like a long, linear bar of glowing rectangles. The property is remote. The homeowners enjoy the privacy conferred by the socked-away location. They also enjoy the less-obvious benefit of owning a home that’s hidden from view. Namely, when designing the strikingly modern structure, they were under no pressure to conform to the New England-y sensibility of their neighbors. Because there are no neighbors.

Every iconoclastic home has a story, and this one begins with a city-dwelling couple in search of a house in the country. Typically enough, especially when one of the buyers is a trained architect, their dream home didn’t materialize, at least not one with a for-sale sign stuck in the front yard. “Every time we found a place we liked, we’d start to think about all the ways we’d need to change it,” he recalls. “And our broker would tell us it would no longer be a good value.”

What they did find was a plot of land they loved and a magic-making partnership with Stephen Cassell and Kim Yao, two of the principal architects at Architecture Research Office. The plan started by siting the 156-foot-long, one-story structure on the ridgeline, with a wall constructed of full-height glass windows and doors, all designed to take in the painterly views over the valley. The pool was placed on the dwelling’s other side, to take advantage of afternoon light. “But there is no real front or back side,” says Cassell. “The house is almost perfectly symmetrical.” 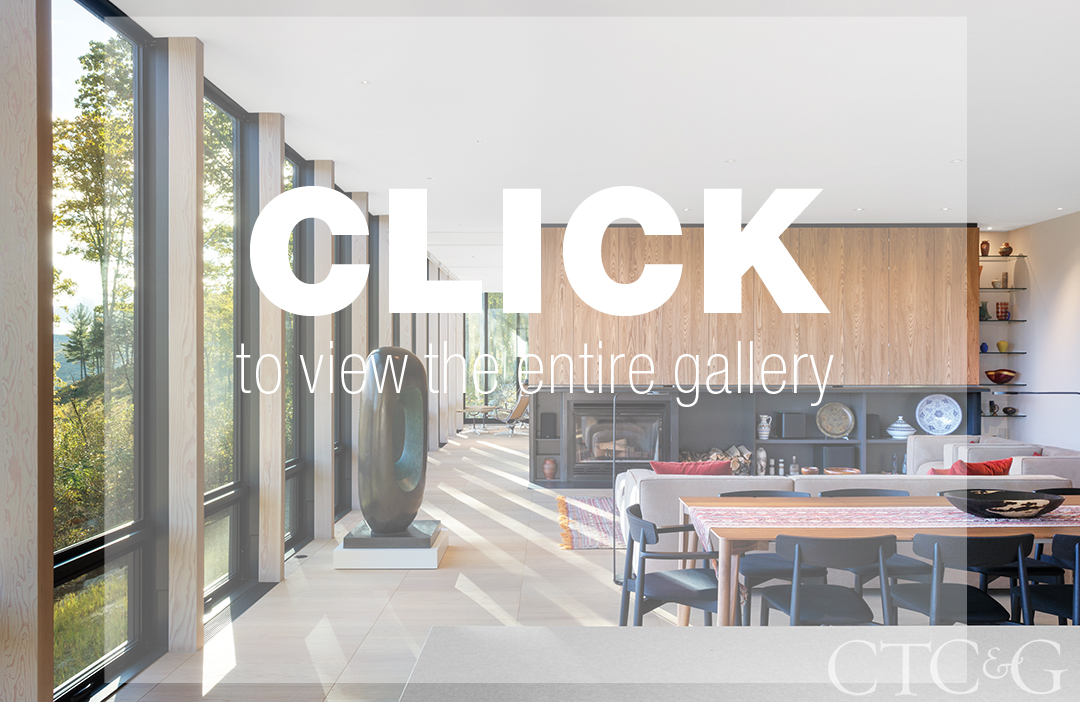 The 3,400-square-foot home is divided into two distinct wings—a house within a house. When the couple is alone, they occupy the open-plan living/kitchen/dining spaces, which flow to the master suite. Only when their grown children or guests visit do they need to open up the wing housing the three additional bedrooms. The two halves are joined by a glass-walled and sky-lit sitting room that has multiple purposes. It’s not only a welcoming way to enter the dwelling, but also a breezy spot to settle into one of the lounge chairs designed by Jens Risom, just one of the modern masters whose pieces helped define how the interiors would be configured.

“I grew up with furniture designed by Hans Wegner and Herman Miller,” says the homeowner, who, with his wife, has also amassed an impressive collection of midcentury prints and sculpture. Custom cabinetry and closets were made in Italy to avoid the clutter created by dressers and other freestanding furniture. Likewise, the lighting scheme relies on built-in fixtures as opposed to a throng of standing and table lamps. “They stick up too much, obstructing the view,” says the homeowner, who made a concession for the two so-slender-they’re-nearly-invisible lamps in the living room. But he was adamant about not building a garage, opting for an attractive, slat-walled carport, based on the suspicion that a closed-off space encourages the hoarding of too much stuff (he’s not wrong).

“They have great taste,” says architect Yao about the owners of that rare house whose design was entirely informed by their finely honed modern aesthetic and the land, sky and trees around it. A house that, you could say, raises the bar on what it means to live at one with nature.

A version of this article appeared in the March 2019 issue of CTC&G (Connecticut Cottages & Gardens) with the headline: Raising the Bar.

This article appears in the March 2019 issue of Connecticut Cottages & Gardens.

Last for sale when the Beatles were releasing their world-famous bops, this Kenilworth Building abode is a true gem.

Up close and personal to the Empire State Building, this penthouse might have the most "New York" view in the city.

Famous Cartoonist’s Manhattan Condo Pops onto the Market for $5M

Holding the Guinness World Record for being the most syndicated political cartoonist, the seller has quite an inspirational pad.