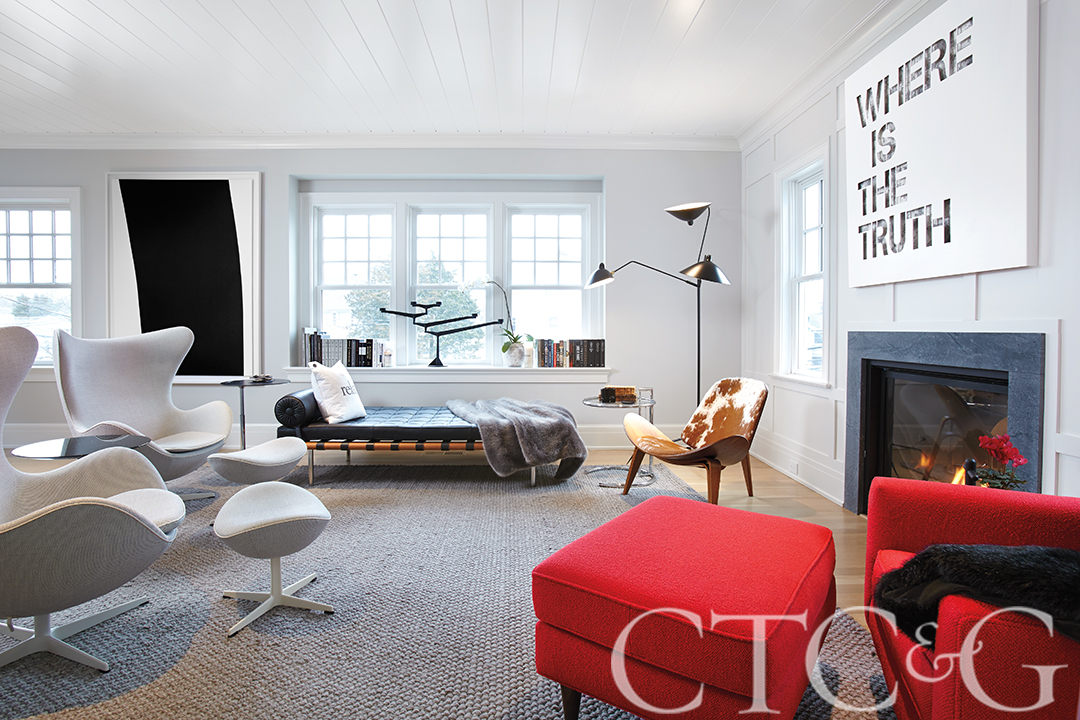 In every place she has ever lived, this homeowner listened to what her house has to say. Not so much to the creaks and bangs of materials expanding and contracting or rainwater rushing through downspouts, but, rather, to the lessons the house wishes to impart about its interiors. Houses have voices, it seems.

It makes sense that the homeowner of this new coastal Connecticut house would keep her ears open, since she is a prominent member of the entertainment and broadcasting industry, and used to listening closely to what people have to say. “The moment I walked into this house, I began to listen to its interiors,” she says, “to find out what the rooms needed. I don’t force myself on the house and what I want so much as what it wants.” 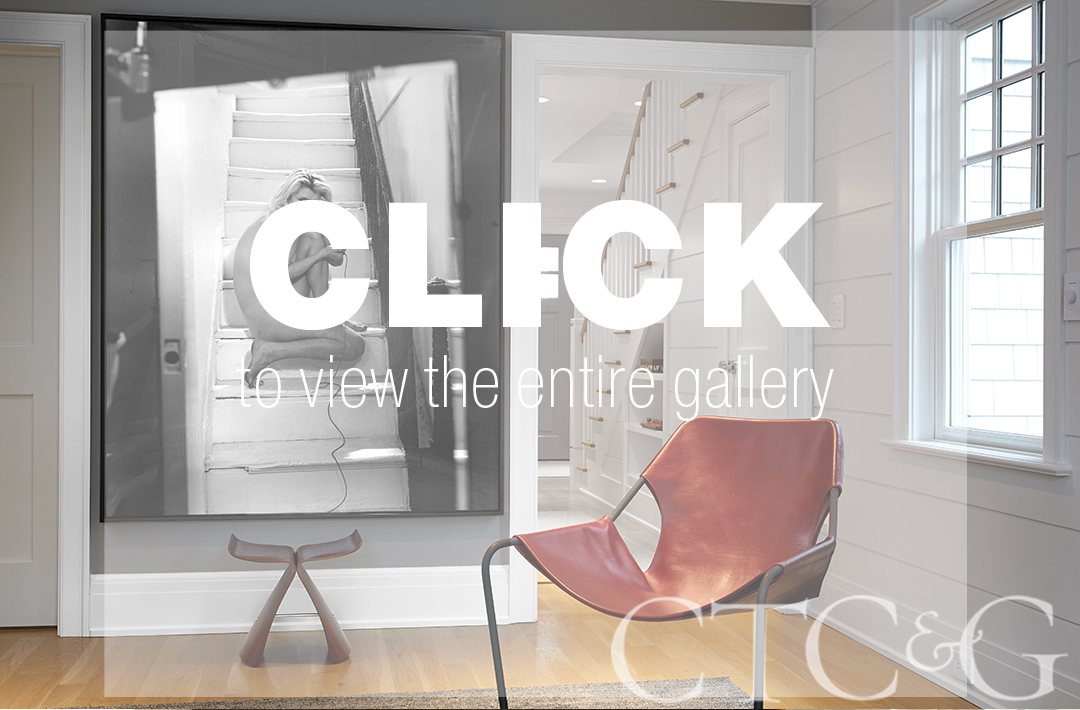 For this four-bedroom spec house, built by New Canaan–based developer Arnold Karp, everything was in place when the homeowner moved in. “With every house we build, I do all of the interior architecture before anyone purchases it,” says Robin Carroll, director of design and residential construction at Karp Associates. “We do the millwork, the molding, tiling, we choose paint colors, the paneling, flooring. The client for this house, who’s a total delight to work with, changed nothing. It felt that complete for her upon purchase.”

While both the homeowner and Carroll characterize the house architecturally as a traditional shingled Nantucket-style dwelling, the furnishings are anything but reflective of that vernacular form. “Because this house has so much natural light pouring through windows and much of its floorplan is open, I wanted modern interiors that felt comfortable and not at all self-conscious,” says the homeowner.

One of the inherent characteristics of the house that made her mission easier is the sheer amount of decorative molding and paneling already in place. Whenever Carroll designs a fireplace, for example, she prefers to frame it with windows and create a paneled wall backdrop rather than a mantel. “By doing so,” she says, “every fireplace wall becomes a focal point. You see that here in the living room.”

Acting as her own interior designer, the homeowner also listened closely to herself. “In good playwriting, for instance, you hear a pause in what a character is saying,” she says by analogy. “Just as it is in rooms, sometimes it’s not what you say, it’s what you don’t say. These rooms allowed for space.

It’s not what I put into them so much as what I left out.” There is a pervasive airiness about the house that allows for every object, artwork and furnishing to stand out, both as a practical item and as a design statement. For instance, where a normal sofa might otherwise be positioned, the homeowner chose a low-slung Barcelona sofa near the living room window. “Any sofa, of any height, would have blocked some of the natural light,” she notes.

She also chose decidedly bold artworks. The ever-so-subtle curves of a geometric form in a Richard Serra black-and-white painting echo similar angles in the living room, notably those of an adjacent pair of egg chairs. “A lot of successful interior design is about what you edit out,” she emphasizes. She has a penchant, too, for putting large works of art in small spaces. A life-size photograph of a nude figure fills the wall of a sitting area of a guest bedroom, while a massive metal “word” picture is anchored above the living room fireplace. “People say I’m fearless,” she says with humor, “because I’m not afraid to hang large pieces in small places.”

For her master bedroom, the homeowner created a space that is “purely soothing.” While vibrantly patterned checkerboard bedding atop a Hästens bed animates the room, ultimately, it’s a quiet, elegant space. She chose an 18th-century Bolivian mirror purchased in Argentina fronted by a Lucite candelabra to establish romance. “I love candles,” she admits, “and I am always lighting them in the rooms. I don’t want anything in my home to be nothing, but rather there for a reason.”

A version of this article appeared in the November 2018 issue of CTC&G (Connecticut Cottages & Gardens) with the headline: The House Whisperer.