A Colonial boasts an eclectic mix and an artist’s touch

Words play a starring role in much of the art in this classic Fairfield County Colonial. 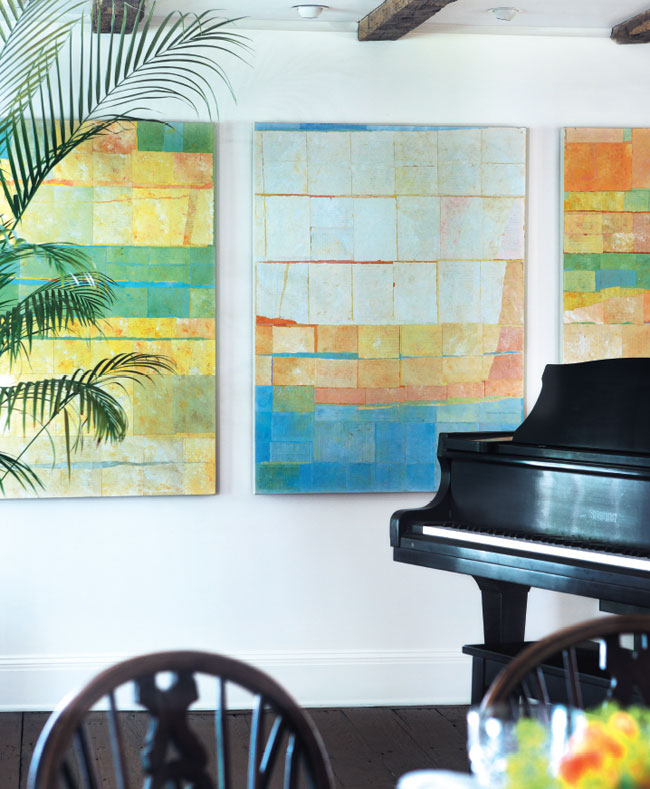 “There are only two people I’ve ever wanted to be: Willie Mays and Willem de Kooning,” says ad-executive-turned-artist Charlie Miesmer. While the former creative director of BBDO, who worked on accounts like HBO, FedEx and Visa, never had a shot at the baseball thing, his drive to create abstract paintings was definitely influenced by the Dutch expressionist. “His work is so powerful, it just punches you in the face,” says Miesmer.

Retired in 2006, Miesmer now paints full time and is having his first-ever show at Fairfield’s ARC Fine Art in November. But when he and his first wife purchased a classically proportioned Colonial in 1975, it’s unlikely he envisioned a time when his artwork would play a major role in the overall design scheme. By his own admission, he didn’t accomplish much in the way of home improvement in those early years. And when his marriage didn’t work out, Miesmer opted to stay put. “I loved the house and living in Connecticut enough that I was willing to commute,” he says. 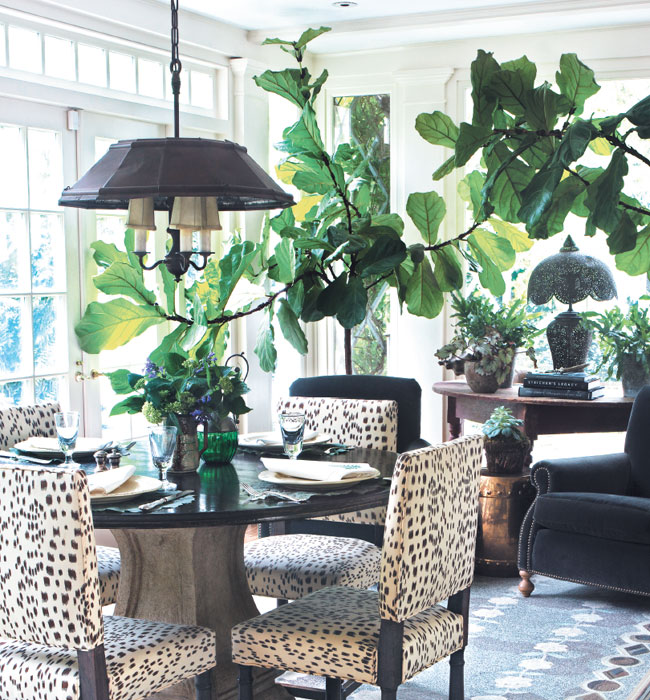 It wasn’t until 1983, when he married Lindsey Cole, that the house started evolving. An art history major with a knack for design, Cole immediately shared her husband’s affection for the home’s architecture. “It is a very distinctive building with its original post-and-beam construction and crooked oak and chestnut floors,” she says. “It took some time, but slowly it became my house too.”

Initial improvements were minor and included stone walls to define the outdoor living areas and extensive gardens (including an 80-foot vegetable garden), and a barn that houses Miesmer’s workshop and art studio. As their family grew, so did the scope of the changes, starting with the addition of a sunroom, family room and kitchen in the 1990s, and followed by the enclosure of an outdoor space to create what they call the terrace room in 2001. “With a stepson and three of our own, we wanted more conveniences associated with modern living, like a really good kitchen,” says Cole. “Over time, it became a much grander house.” 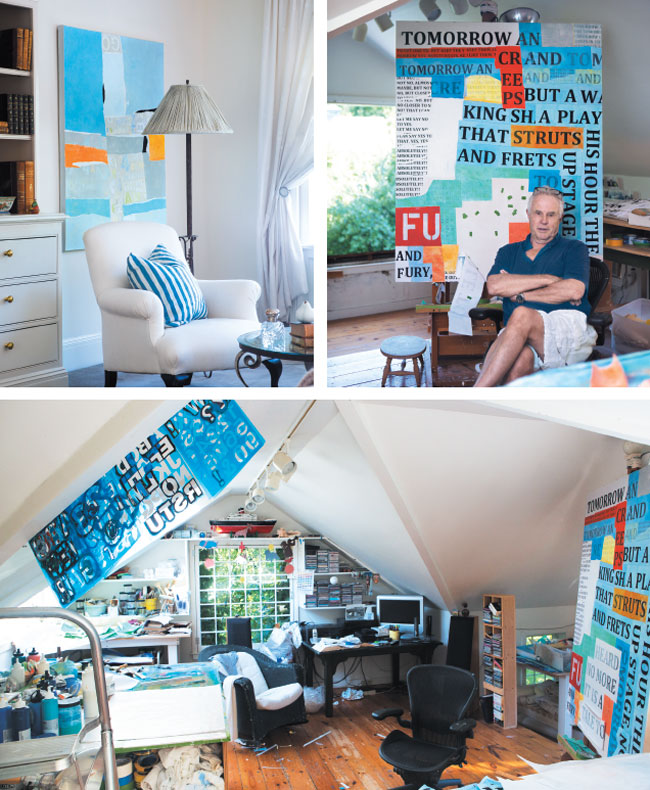 When it came to furnishings and accessories, the homeowner claims it’s all very personal. “We are collectors of everything from shells and sea glass to tables and chairs,” explains Cole, who sets her table with old Tiffany silver, linens from London and glasses from Paris. “The rooms are a funky, eclectic mixture of things that we like to look at,” she adds.

Despite the casual approach, each room has a definite focal point, whether it’s the assemblage of tortoise shells on the sunroom wall or the classic Les Touches fabric on the terrace room chairs. And just when a room is in danger of becoming too predictable, Cole will offset a classic rolled-arm sofa with a 1930s Plexiglas table or introduce a contemporary Elizabeth Eakins rug to give a space a bit of an edge. 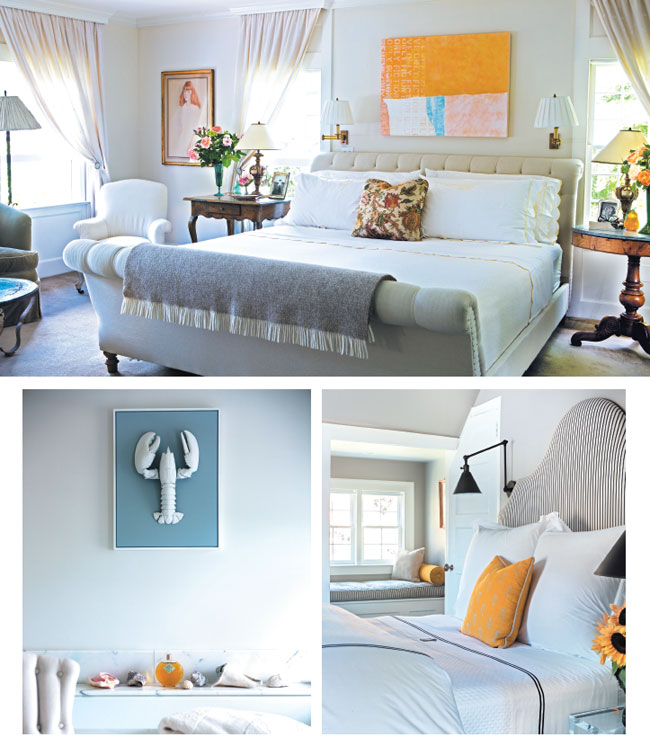 And then there are Miesmer’s paintings, which he reluctantly made available to his wife. “It felt like self-aggrandizing to hang my own work in the house. But when Lindsey came shopping in my studio, I finally gave in,” says the artist, who uses worked paper instead of brushstrokes to make his color statements, employing high-fiber-content paper found in old French books that he buys in Paris. On close inspection, most of his pieces have words embedded in the canvas.

Her first selection, a collage triptych, hangs in the dining room. “The space is so large that you can fit a baby grand piano in it. And there is no interior light on one wall, so I used the paintings to bring light and energy to that side of the room,” explains Cole, who also used her husband’s work to add refreshing jolts of color in the master bedroom and their daughter’s room. “Placing the art was a very organic process, and I never designed a room around his paintings.”