A Colonial in New Canaan Gets Reimagined by Corey Damen Jenkins 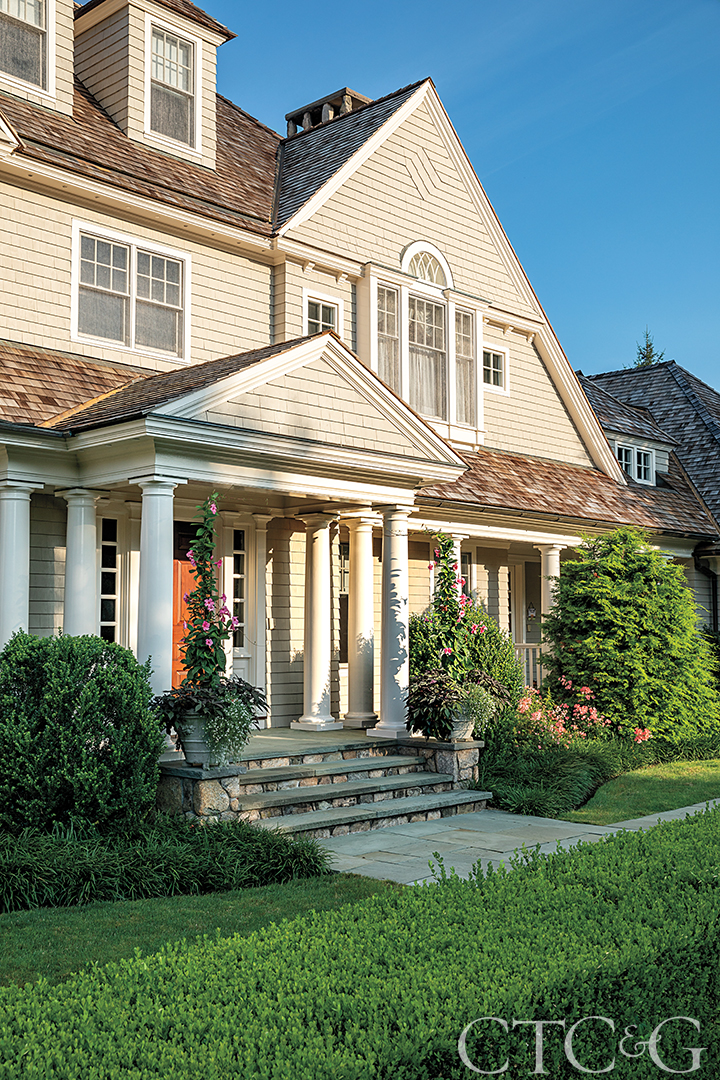 The first thing Corey Damen Jenkins did when he took on this interior design project in New Canaan was to put the house on a diet. Within days of beginning work there, he carted away a thousand draperies, swags, rods, sheers, pulls, shades and other window treatments. “The house had amazing architectural details—trims and pediments—that were all completely covered up by curtains,” he says. “I wanted to let the architecture sing and have the bones of the house tell a new and different story.”

Jenkins often invokes human metaphors when describing his residential projects, largely because he is keenly aware that houses are all about living well. The designer, who has eponymous studios in Metro Detroit and New York City and who was a star at last spring’s Kips Bay Decorator Show House for the library he created, was discovered by the clients through a design magazine. A published project he had done in Michigan was similar enough in its architecture for the clients to contact him for the renovation of their American Colonial–style house in Connecticut. 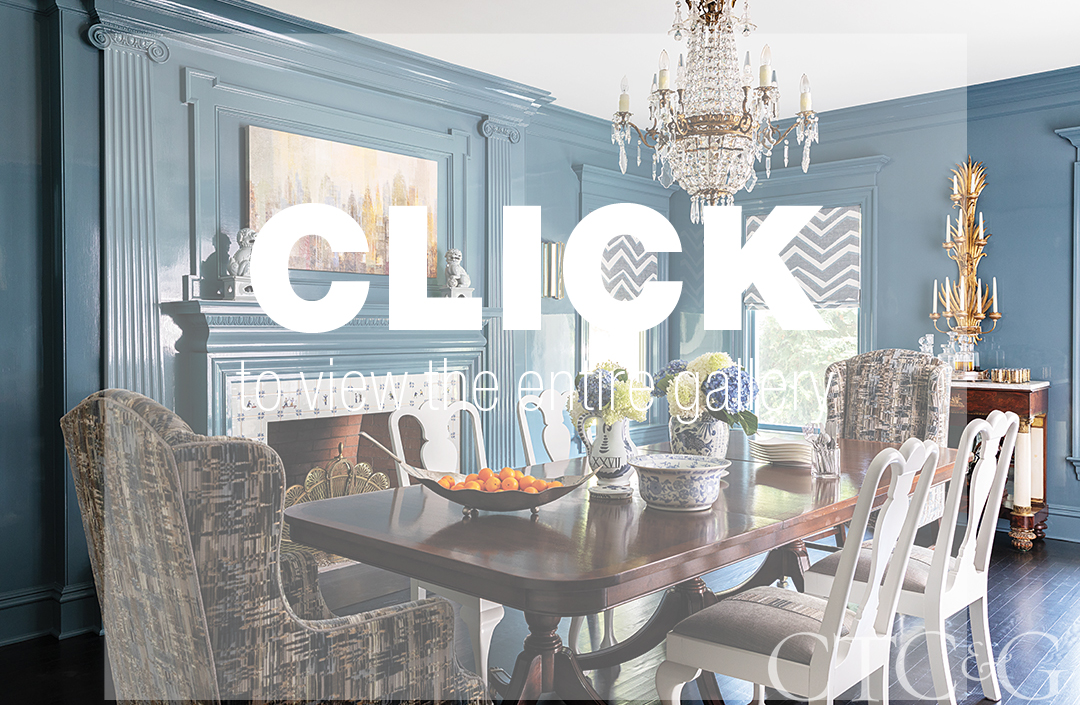 “When it comes to the work of a designer, the power of print is still vital,” says Jenkins. “Nine commissions came out of that one article.”

What appealed to the homeowners, too, was Jenkins’ belief that a home’s interior can be wholly reinvented without having to purchase much of anything new. The couple had built the house in the 1990s, with its décor very much a reflection of the time. Now, they wanted to bring their rooms into the 21st century. “I discovered right away that they are the same young couple they’ve always been,” notes Jenkins, “vibrant, fresh, stylish and fashionable.” The couple interviewed numerous designers but chose Jenkins because he convinced them that they could use their existing furniture, accessories and artworks to create a new home.

“They had purchased very well early on,” Jenkins stresses, “choosing really high-end furnishings and fabrics, with everything still in great shape. I said, ‘Why not just restore, reupholster, rearrange and move pieces to different rooms and settings?’”

His new vision began with painting interior doors a shade of bold aubergine. Jenkins typically selects three to five hues that he presents to clients. “Rather than shooting arrows into the wind, this way I know from the start the palette they like. The aubergine was inspired by an Hermès fashion show. The color plays like fashion in the house, without being trendy or subject to becoming dated.”

His penchant for color is evident throughout, notably in the dining room, whose walls carry a lacquered blue hue. “We got those walls to assume a mirrored finish,” he says. “That’s not just high-gloss paint. It’s mirrored paint. You can see yourself in its reflection. You could put your makeup on by those walls.”

Jenkins is a master of reinterpretation, able to discern new uses for existing pieces. A pair of wing chairs from the breakfast nook, upon being reupholstered in a Kravet fabric, now serve as host and hostess chairs in the dining room. He moved a table from the living room, skirted with a Robert Allen chevron pattern and positioned the piece in the foyer, making for what he calls “a geometric energy.” He responded, too, to the homeowner’s equestrian pursuits by papering a powder room with a playful horse-themed Kravet pattern, while also positioning an existing horse sculpture in the foyer.

Although the designer was essentially granted carte blanche in his work, he did adhere to one firm directive. Because this home is used as a summer residence (they have another home in Florida), the clients told Jenkins to avoid velvets or anything “hot.” “So, I chose linens and cottons to make sure it always felt like summer inside,” says Jenkins.

As often happens with successful projects, designer and homeowners forge a personal friendship; such was the case here. “They care about me, about my personal life,” says Jenkins. “Great clients like this care about the designer because they know you’ve cared about them and how they live. You’ve invested time in their lives, and they wind up having your best interests at heart.”

A version of this article appeared in the October 2019 issue of CTC&G (Connecticut Cottages & Gardens) with the headline: Repeat Performance.