A Connecticut Country Home Gets a Cool Modern Makeover 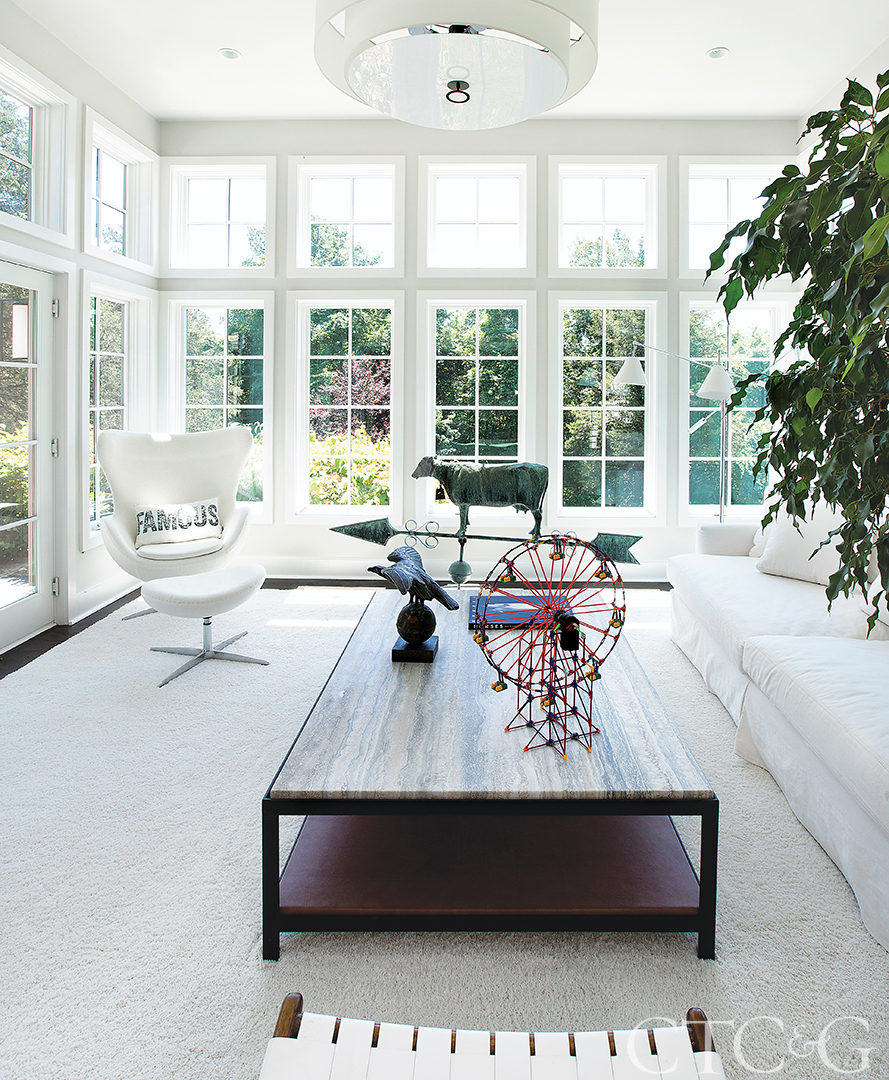 The year was 1996 and rumor had it that a country home near Kent was in foreclosure. Driven by curiosity, a would-be-buyer soon found himself meandering up a long driveway flanked by lush carpets of grass before coming upon a pond bursting with water lilies and ringed by seemingly endless stands of mature trees. Even before he spied the barn and then a house with weathered cedar siding peeking through more expanses of greenery, he was sold. So much so that the intrepid interloper opted to skip a knock on the front door, and without having set foot inside, headed home to make an offer.

“I wasn’t shopping and really didn’t need a house,” admits the now owner, who already had a home in the area and a Manhattan apartment. “But the property was paradise, and I knew it was a good deal, so I bought it and decided to rent it for awhile.”

Awhile quickly turned into a decade, and finally in 2007, he took possession only to discover that the 1970s structure not only didn’t match the magical locale, its shortcomings—no garage and poor fenestration among them—were considerable. According to the owner, a note on a local bulletin board stating, “I’m an architect who will go anywhere for a cup of coffee,” led him to John Milnes Baker, who started by replacing the building’s worn siding with cedar shake shingles and trading the existing windows for double-hung, six-by-six versions before moving onto structural changes. The owner also brought in interior designer Paul Latham (who designed his New York apartment) to assist with transforming the ho-hum building into a rambling contemporary farmhouse more suited to its stunning surroundings. 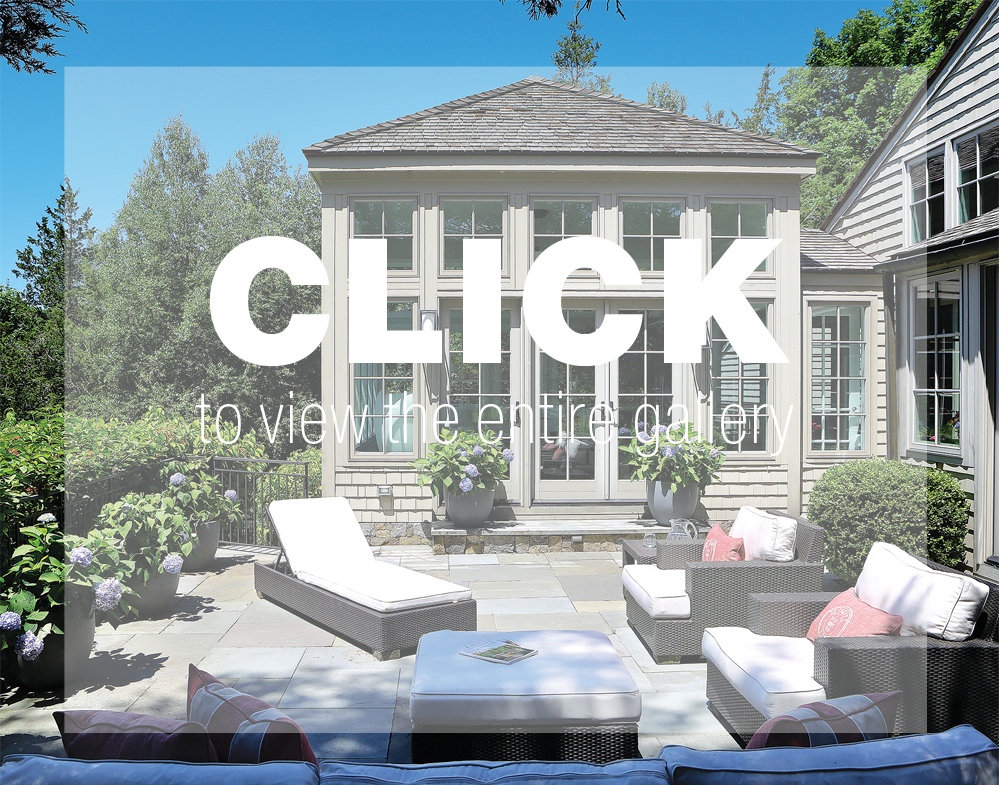 According to Latham, the overhaul began with the living room, master bedroom and “very dated” bathrooms followed by reworking the dining room and kitchen. Fresh paint and staining all the existing hand-pegged wood floors a dark brown for continuity enlivened the spaces, save the kitchen where the original brick floor remained intact. In the latter, new shaker cabinets are in keeping with the desired farmhouse aesthetic, and the owner’s collection of Indian exercise sticks displayed above the cabinetry are a whimsical interjection. “Imagine 20 women in a gym swinging those around?” muses the homeowner.

Next, a brick wall separating the kitchen and living room made way for a less imposing painted version with an additional opening on one side and a new fieldstone hearth. “The changes were done one section at a time, so it has a very organic feel,” says Latham, noting the garage, guest room and den addition ensued with the creation of a sunroom off the living room completing the multi-stage project. “My job was to make the rooms consistent with the contemporary farmhouse theme while establishing a monochromatic backdrop for the landscape and the owner’s artwork.”

With that in mind, in the living room, Latham introduced neutral pieces including a sectional, a cerused coffee table and a Moroccan rug peppered with an occasional red dot, all selected to allow the spirited galloping horse painting by Joe Andoe above the fireplace to shine. In the commodious guest suite, a large-scale self-portrait by James Valero can’t help but dominate the space. “I had to have it, but I didn’t know where it would go, so I just leaned it against a wall,” says the owner. A Saarinen womb chair and tulip side table are worthy complements.

And in the glass-enclosed sunroom, it’s all about the landscape. There, the upholstered white sofa and a low-slung leather chair take a back seat to as many as 200 blooming hydrangeas visible through the windows. “The room is almost like a folly that you just come upon,” says Latham, adding, “Like the rest of the house, it’s quirky, organic and totally charming.”

A version of this article appeared in the July/August 2017 issue of CTC&G (Connecticut Cottages & Gardens) with the headline: Instant Attraction.