A Country Escape with a Neutral Palette 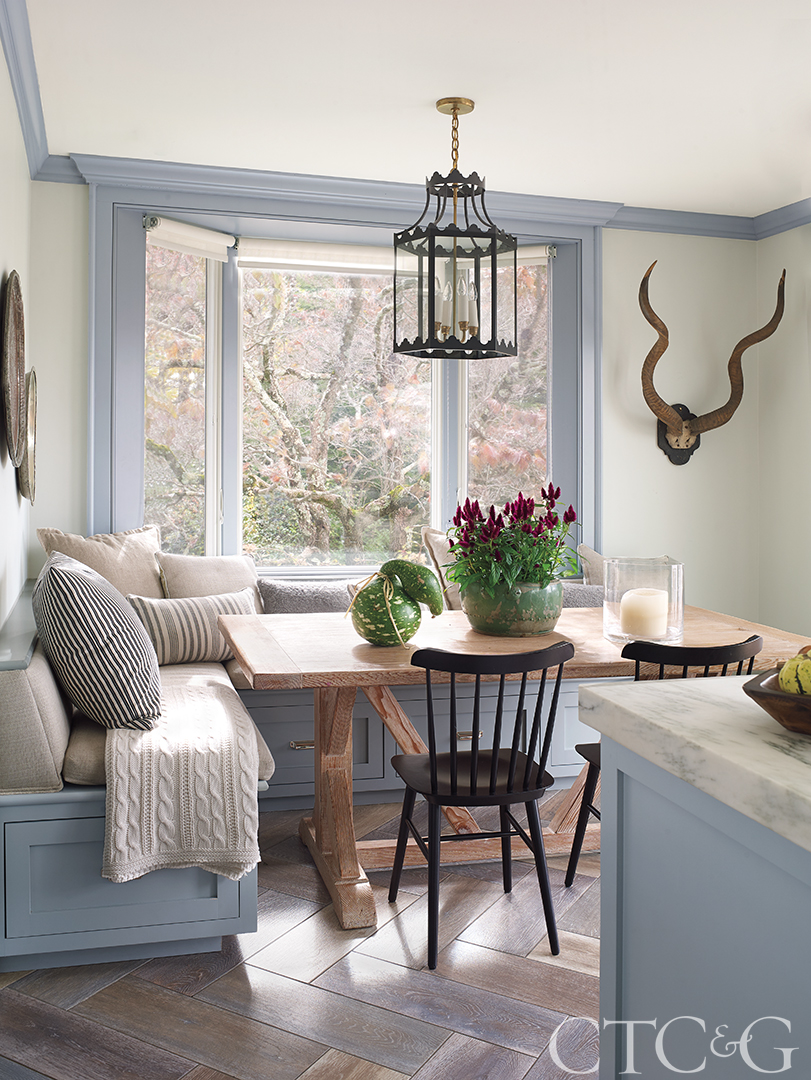 Robin and Jeremy Stein, of Team Stein, Sotheby’s International Realty, in NYC, had been looking for a weekend place for a long time. Robin grew up in New York State and always wanted to have a getaway located outside of the city. The question was where. “I was pushing and pushing my husband for the last 10 years to find a place, but it was proving quite challenging to find something that fit,” she explains. “We knew we didn’t belong in the Hamptons. We wanted a rural, country setting with a little slower pace.”

A rental in Litchfield County brought this corner of Connecticut, with its low-key vibe and abundance of young families, into focus. Kicking their search into high gear, they bought a four-bedroom, well-proportioned house with some Colonial touches for their family of three. In mint condition, the house needed a design rethink to suit Robin’s preferred neutral palette. So she asked longtime friend and designer Brooklyn–based Ashley Bradley to help with the project. The pair had worked together several times in the past. “I trust her taste,” says Stein. “Every one of her homes is spectacular.”

The first step was addressing the home’s colorful interiors. “Every inch had been decorated in floral wallpaper, stripes, patterns and color,” says Bradley. “Robin likes any color as long as it’s gray, beige, black or white.” 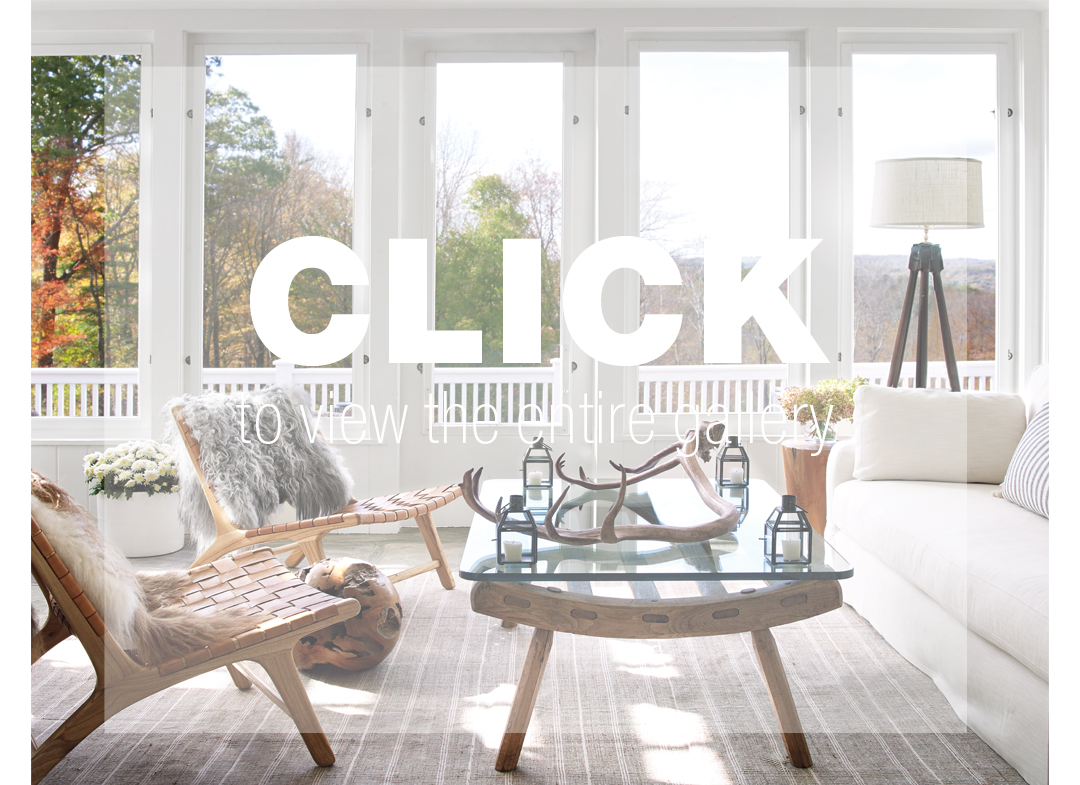 “I’m completely colorphobic,” echoes Stein. “My goal was to neutralize the house, giving texture, to make it cozy and comfortable. I really wanted some modern elements in the house, but I also wanted to feel like it was my country home and to me, that meant adding all those antlers, jute and sisal rugs, bringing in cool, unique antiques to make something standout and special.” Having waited so long for her year-round rural retreat, Stein wanted to love every piece she bought for it. “You have to be willing to have empty walls and tabletops for a while,” she says.

While CB2, RH and West Elm provided the basics, the layering was done in local Litchfield County antiques shops. “Ashley is really great at high/low,” notes Stein. “She has such a good eye that she can pick out something that other people might not buy because they think it looks cheap because it comes from a big box store with lower price points. But Ashley is very confident, which I love.”

Once the basics were done, the duo brought in texture by hunting the local shops for just the right chair, table, throw. Beyond the more known shops in the area—George Home, Privet House and Plain Goods—they discovered some lesser known haunts, like Montage, Hunter Bee and the Millerton Antiques Mall. One of their favorite finds was a teeny gem of a shop called Michael Trapp in Cornwall. “I was so overwhelmed by the things he’d selected, they were so beautiful,” says Stein. “Someone at his shop said, ‘We have this huge barn. Why don’t you come?’ So, Ashley and I would take trips to the barn, which was cavernous, filled with rooms of vintage mirrors, lanterns and farm tables from France. You name it, it’s there. I’m actually sad that we’re done because we had so much fun poking around.”

Bradley pushed her friend into introducing a little color, namely green: “I love to add a little green where we can, especially with this really neutral palette. It’s important to have those green moss balls or a great green plant or one green vase or pillow or something when you have a super neutral palette, just to help punch it up.” The designer also encouraged her friend to go beyond her bohemian comfort zone and add modern touches. “It’s true, Ashley would push me a little bit. And now, those ideas she had are all some of my favorite things about the house,” notes Stein.

A version of this article appered in the November 2019 issue of CTC&G (Connecticut Cottages & Gardens) with the headline: Local Flavor.