A Couple Revamps Their Charming Colonial Farmhouse in Germantown 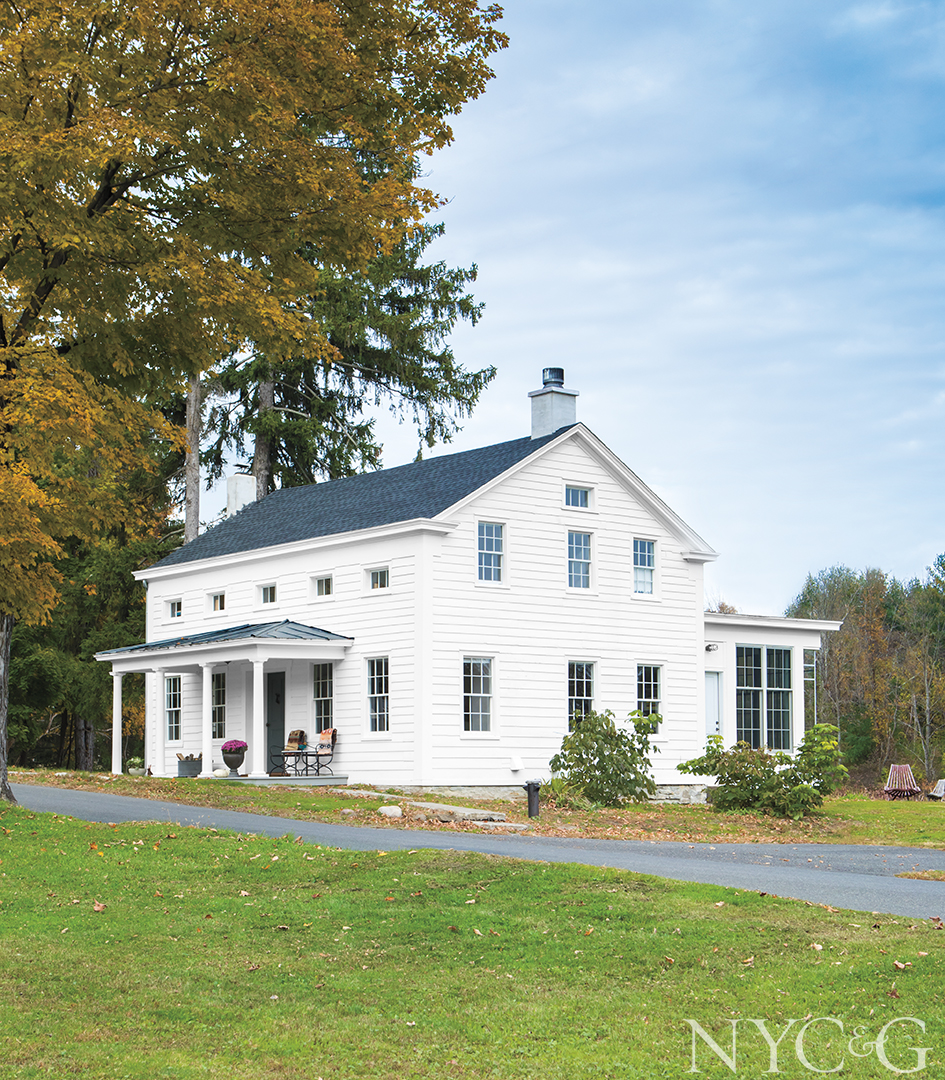 Architect Chip Bohl is in the business of designing houses, but even with new builds, he argues, there’s “always some ambiguity in the construction date.” In the case of the eyebrow Colonial farmhouse that he and his wife, Barbara, renovated in Germantown, he continues, “new and old are definitely suspended.” Bohl’s airy addition to the back of the original 1840s home is both seamlessly integrated and decidedly not intended to mirror the older structure’s tightly clustered, cabin-like rooms. The ground floor’s reconfigured plan now contains adjacent dining and living areas, each boasting its own fireplace and open to a new eat-in kitchen and sitting room, where walls of windows overlooking a panoramic pond and meadow masquerade as a conservatory, sun parlor, and virtual porch.

The Bohls, who met through mutual friends and married in 1982, were like-minded about every step of the gut renovation, since their individual aesthetics have always jelled. “Our few divergences,” says Barbara, who was Washington city editor of the now-defunct Metropolitan Home for 15 years, “include Chip’s passion for golf and mine for the theater, but when it comes to style, we’re copacetic.” From day one, whether combing through auction catalogs or trolling flea markets, they have instinctively zoomed in on the same thing. Their furnishings display a joint affection for pieces ranging from kitschy to iconic, quirky to witty: taxidermy trout, Adirondack twig tables, hooked rugs, a Queen Anne bed, framed vintage portraits, a repurposed pigeon coop, patchwork quilts, and a Philippe Starck citrus juicer thrown in for good measure. Chez Bohl, stenciled Baltimore fancy chairs from 1815 seem perfectly natural alongside a set of CH33T Hans Wegner chairs designed in 1957. 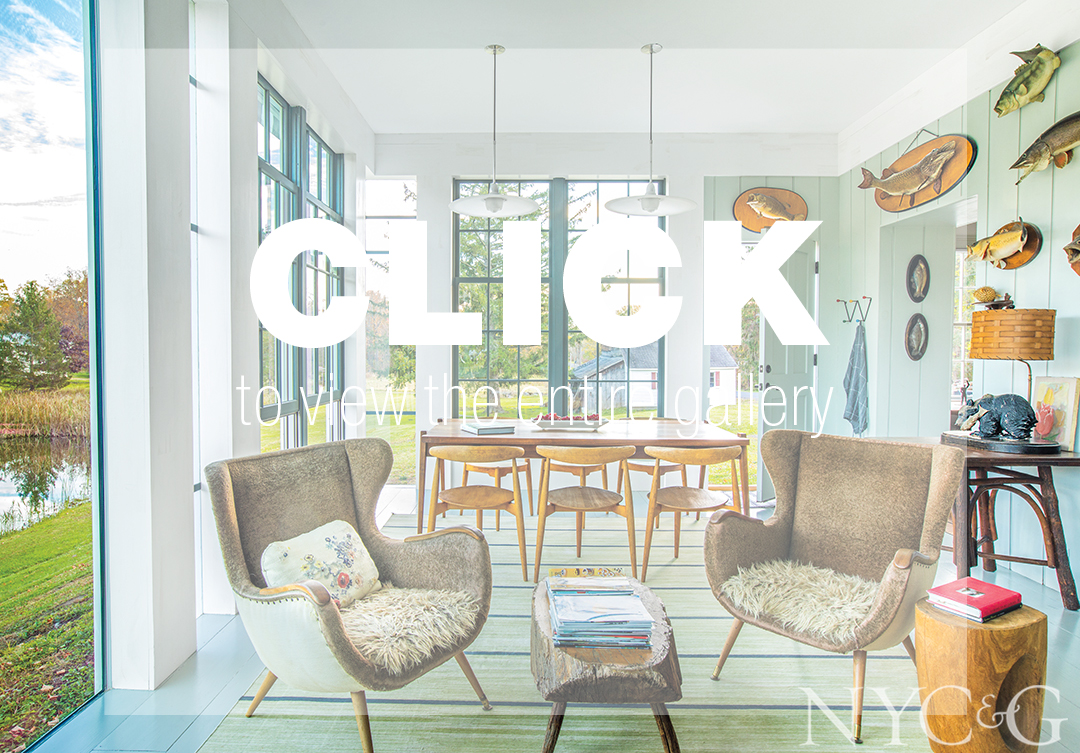 The couple’s taste in architecture is similarly in sync and idiosyncratic. “Over the years, Babs and I have lived in wildly different homes,” Chip says, “but the commonality was always a terrific connection to the environment, whether man-made or natural.” A 1910s Delaware Bay house sat directly on the beach; a Baltimore condominium, located in a 19th-century factory, overlooked the city’s harbor and Federal Hill Park; a classic 1920s farmhouse on Maryland’s Eastern Shore had an acre of sunflowers as its garden; and a 1950s ranch house in the Hollywood Hills commanded a stunning view of the L.A. basin, from the planetarium to the ocean.

Likewise, the Germantown farmhouse is firmly rooted to its pastoral surroundings, flanked by two ponds on a former orchard once owned by the Rockefeller family. Chip, who likes to garden, randomly planted oak, tupelo, cypress, and white pine trees to amplify the woodland aesthetics, and he’s also cultivating a bird sanctuary: Unmown swaths of grass now provide habitat for blue jays, mourning doves, red-tailed hawks, great blue herons, and pileated woodpeckers. “The best season here is undoubtedly summer, particularly when it rains and gets so green,” Barbara reflects. “But it’s also amazingly fragrant in the spring and so romantic when it snows. And when the leaves start to turn in the fall . . . Well, I can’t even begin to describe the colors.”

No wonder the kitchen and sitting room were specifically designed to magnify the wonders of the natural world. And the space is smartly kitted out, at that. “Apart from all the counters and storage,” says Barbara, who possesses enviable baking skills and regularly hosts dinner parties for which she makes everything from scratch, “it’s large and social, but small enough for everything to be within easy reach. Plus, I feel as if I’m outside when I’m cooking.” As for Chip, the architect finally got his window above the stove. “I’ve been trying to convince clients to try it for 30 years!” he says. “Fortunately, with this house, I was free to experiment and take that liberty.”

A version of this article appeared in the March 2019 issue of NYC&G (New York Cottages & Gardens) with the headline: Country Chic.