A Design Couple Balances Traditional and Modern in Their Greenwich Home 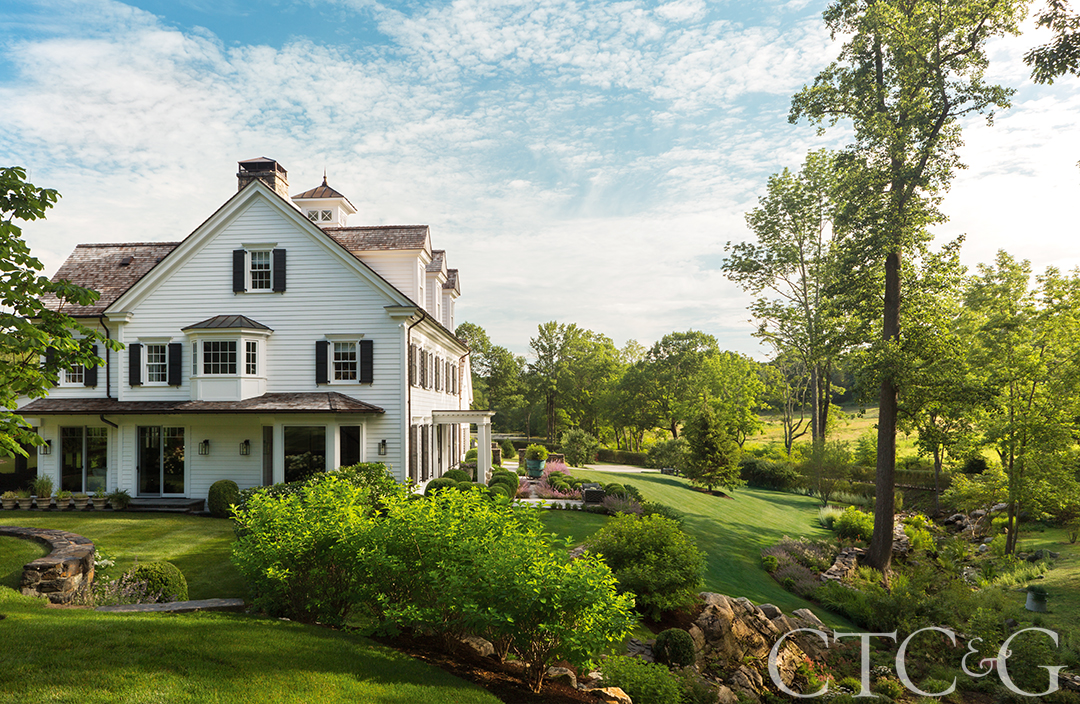 "We’ve lived in Connecticut for 12 years, and this is our fourth home,” says Jim Hoffman. The real estate developer and construction company owner is partners in work and life with designer Doron Sabag and renovated this Greenwich house into a “cautiously modern” space. It makes sense that a design team would end up selling most of the houses they work, but this house, which sits on 14 acres adjacent to 240 acres of Audubon-protected land with sweeping views of a pond, hills and trees, is different. “People have threatened never to come see us again if we move,” Hoffman says.

They bought the house after watching it languish on the market for years; their plan was to fix it up, build another house on the property, sell this one, and move into the new one. “Three years later, we’re still living in the white house, and haven’t done anything with the other land,” Hoffman says.

Speaking by phone from Florida, where SBP Homes has a number of projects, Sabag describes his style: “If you give me a crown molding, I will make it into seven layers.” About a project they did for a friend, he says: “Every opportunity, I stuck another crown in between; we had like 50,000 crowns.” Hoffman balances things out and is part of the couple’s shift toward a more relaxed approach to near-constant renovation. “I don’t panic,” he says. “I know we’ll either live with it, you’ll rip it or we’ll move.” Sabag is similarly relaxed: “Being my own client, I’m not very hard on myself. I might know I’m about to make a mistake, but I like to experience not knowing if my vision is exactly what I imagine. I’ll deal with it and move on.” 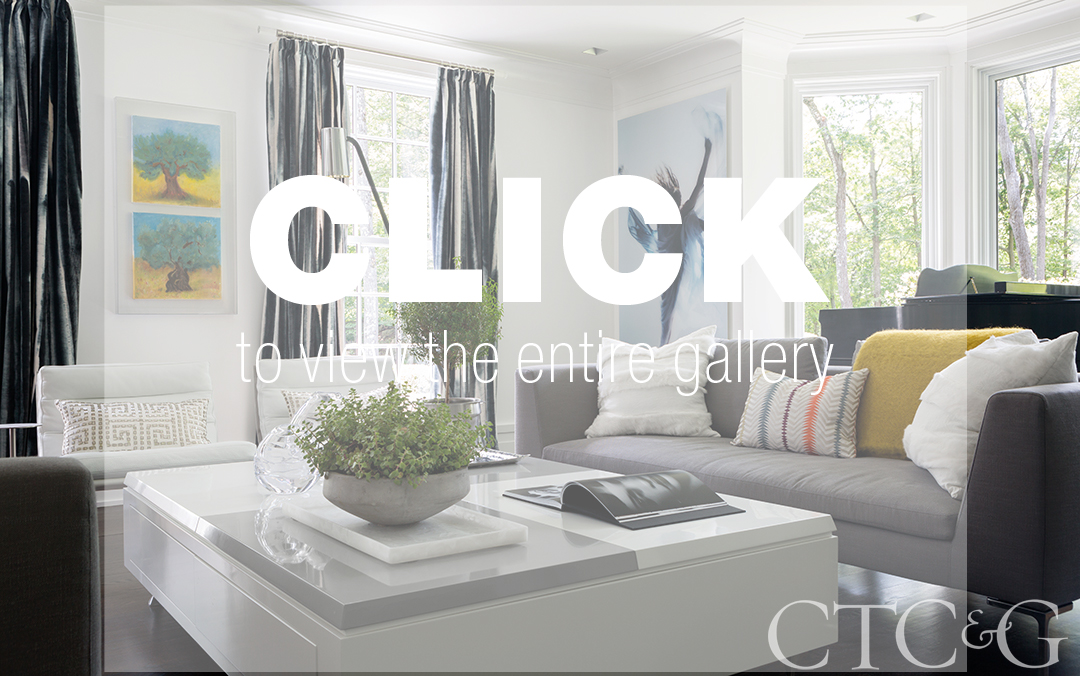 That kind of relaxed attitude is borne of experience. Together, the pair has completed more than 75 design projects of so many different styles that they can afford to treat their own home with a combination of playful experimentation—evidenced in the black-and-white barn/pool house furniture inspired by Dutch design icon Piet Boon, or the plastic chandeliers they’ve installed in the bedrooms that add a pop of busy texture to the otherwise streamlined space—and a sense of deep history. A massive copper pot that rests just outside one of the entryways was sent to them from a friend in Italy and has made it to every single one of their recent homes.

They refer to the home’s look as “cautiously modern,” and the aesthetic as “transitional,” somewhere between the Georgian colonial original and a playful-yet-restrained approach to textures and furniture inside. “Everything that jumps out at you when the house is vacant disappears when you start furnishing it,” Sabag says of his layered design approach.

The two complement each other well. “You give Jim a choice, he’ll paint every room in a different color—I do it white,” Sabag says. But they both care about the same things: art, a good home for their three dogs, a seamlessness connection with the landscape, and a constant sense of permission and experimentation, plus plenty of entertaining space.

“The layout of the house and the barn is great for houseguests and entertaining,” says Hoffman. “There’s a separate two-room suite over the garage that’s great for families that stay over. Doron’s brother, his wife and their two young daughters live in the city and are frequent weekend guests.

“We’re big cooks,” continues Hoffman. “Doron and his brother team up on the weekend, and it seems like we’re sitting down to a major meal every few hours—especially in the summer. The back porch is great for long Sunday lunches. And, when the crowd is too big for the house and the weather isn’t great, we clear the first floor of the barn, set up a few 10-tops, and we’re good to go!”

A version of this article appeared in the April 2018 issue of CTC&G (Connecticut Cottages & Gardens) with the headline: Life in Balance.