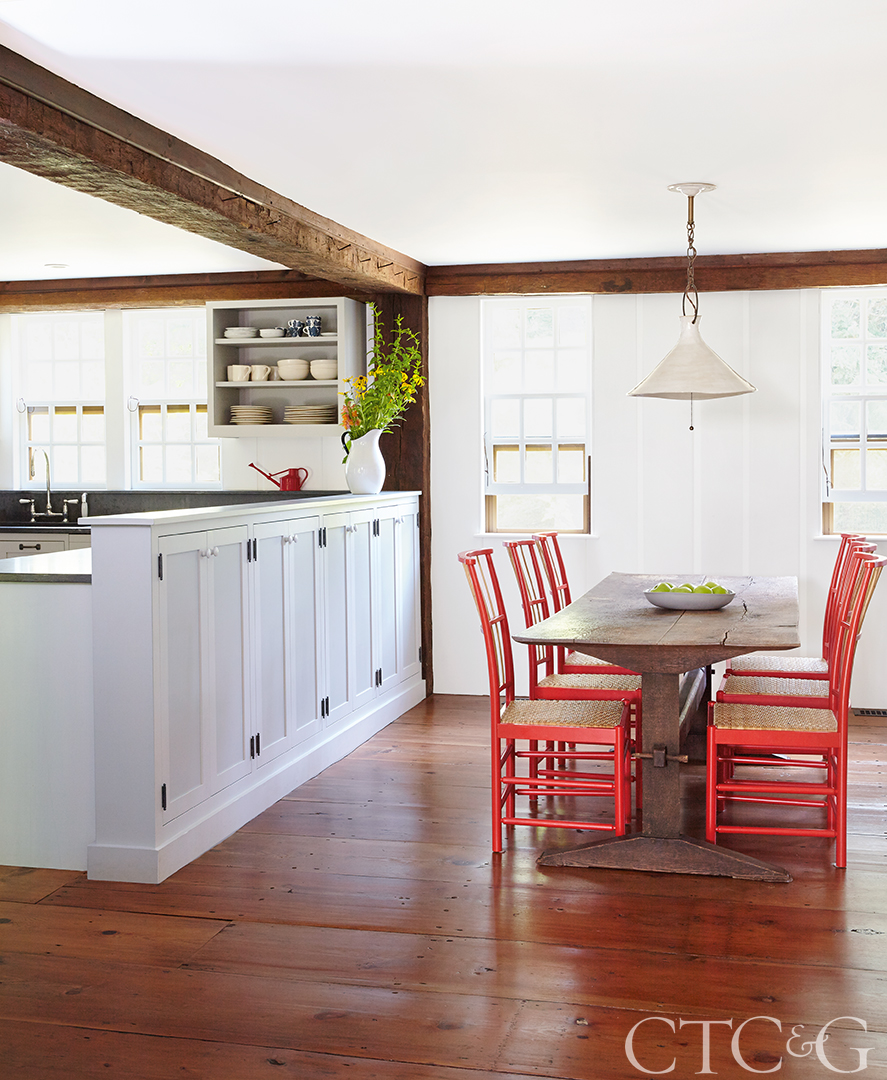 When it came time to seek out a destination for a family retreat within a reasonable distance of New York City, a couple with New England roots, a fondness for old dwellings, sailing and the great outdoors, beelined for Connecticut’s coastline. It didn’t take long before they found a historic center hall Colonial, the original part dating back to 1680, sited on a lush 17-acre property with a pond, pool and massive potential. No strangers to renovation, the process of reimagination was about to begin.

Enter architect Nate McBride, whom the homeowners met casually several years prior at a dinner party he attended with his interior designer wife, Kari McCabe. McBride Architects was retained immediately. McCabe’s subsequent hire for the interiors happened serendipitously when the homeowner visited McBride’s office, a loft he shares with McCabe. The women instantly bonded over a mutual attraction for antique Swedish rugs. While McBride and McCabe practice independently, they often end up collaborating on projects. It happens naturally. “We have the perfect synergistic setup,” McBride says, “and it gives our clients a lot of comfort.”

The renovation process took two-and-a-half years. Based on the homeowners proclivity for outdoor activity, and for hosting family and friends of all ages, the architectural plan reorganized the house in a way that loosened it up and created more visual continuity between inside and out. It invited the flow of natural light and supported the rhythm of life. “I let the house breathe visually,” says McBride, who added and enlarged doors for improved egress and created new windows affording more vistas toward the landscape. Double French doors, that fold back like bifolds, offer seamless transition between the informal kitchen eating area and screened porch. “Even when we’re inside, it feels like we’re outside,” says the homeowner. 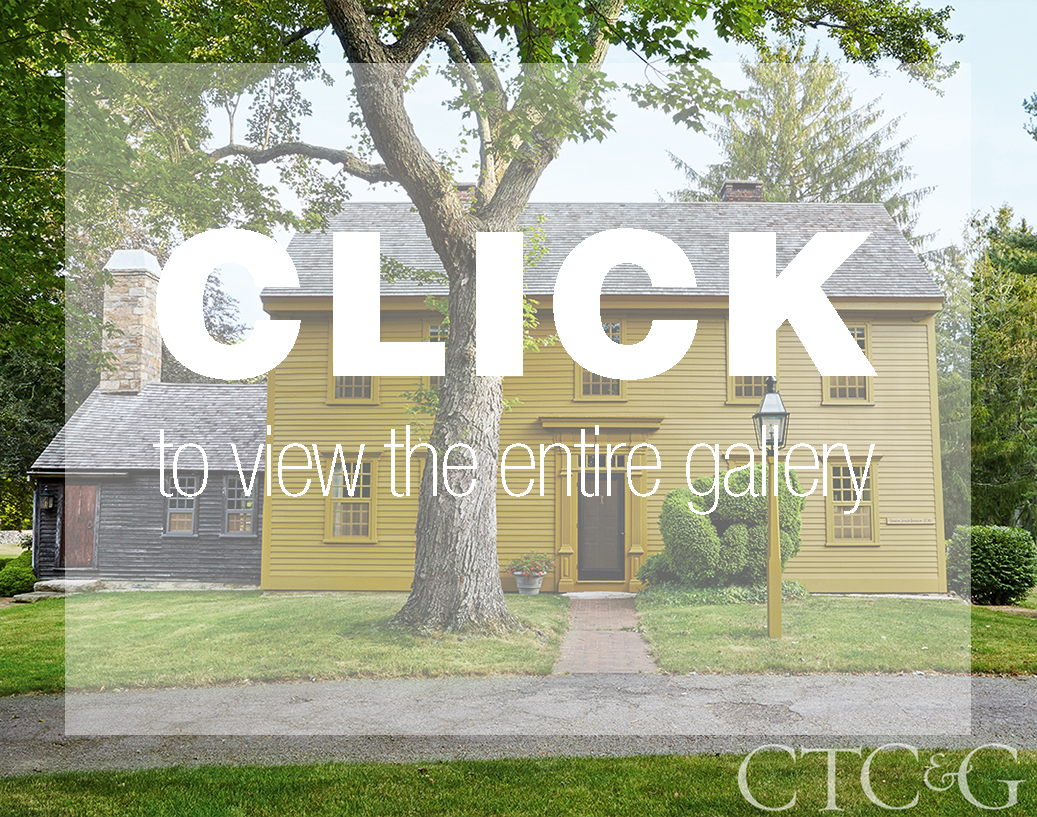 McBride did not add to the original footprint of the house, but rather optimized its existing space and increased overall usability. Two of the most dramatic changes occurred in underutilized attics, now dormered destination spaces. He reimagined a second-floor storage area atop the 1950s addition into a guest bedroom and bathroom featuring a dreamy built-in window bench below a row of windows. And on the third floor of the 1730s main portion, McBride fashioned the ultimate sleepover space and rainy-day hangout for kids and cousins, replete with bunkhouse-style beds and plentiful reads.

A year into the project, McCabe became officially involved with the decoration—“what makes a house feel like home.” Eager to co-create with a client who shared her passion for Scandinavian textiles and midcentury furnishings, with excellent taste to boot, McCabe toned down the house’s formality by using a mix of elements—Swedish handmade rugs, solid linen fabrics, and galvanized lighting—not typical of Colonial interiors. She experimented outside too, juxtaposing vintage metal dining and lounge chairs against the house’s traditional facade. “They’re scale appropriate and they don’t dominate” she says, appreciative of their wiry transparency. As for the palette, neutrals and soft hues lend an overall calm, while intermittent pops of bold color reinforce that playful vibe that pairs well with weekend retreats.

From start to finish, the overhaul, which also included reworking a pool house, was relaxed and snafu-free. It deepened the friendship between the couples, a testament to the quality and success of the work and the integrity with which it was done. Through architecture, decoration and an essential outdoor shower, McBride and McCabe provided a family and their posse with a comfortable and unique backdrop for living. McBride vouches, “Outdoor showers change lives!”

A version of this article appeared in the November 2017 issue of CTC&G (Connecticut Cottages & Gardens) with the headline: Easy Breezy.