A Fairfield County Property Transforms into a Serene Lakeside Retreat 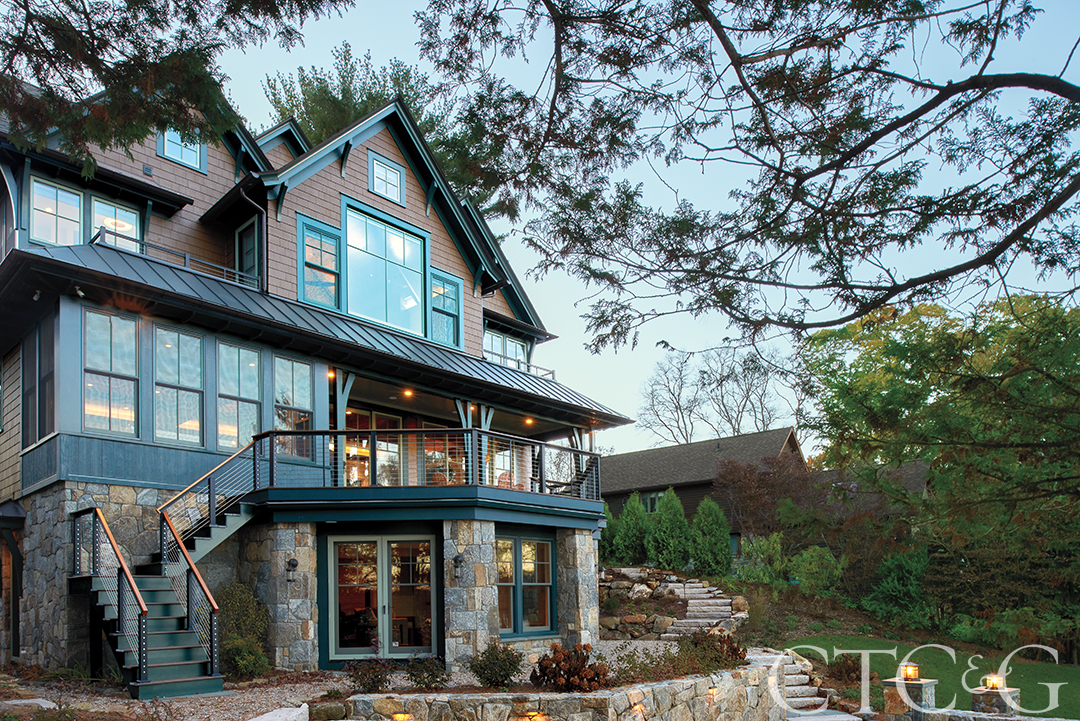 It comes as no surprise that many people who live in Connecticut are not full-time residents. In fact, the New York–Connecticut shuffle has become so commonplace it barely merits discussion. But a Hong Kong–Connecticut commute, that’s an eyebrow raiser, and for one couple with local roots, 16-hour flights with three children in tow have been part of their summer routine for the better part of 22 years.

“When we first started coming back, we would stay with family in Trumbull, but as the kids grew that became challenging,” says the wife, noting her husband’s job precipitated the move to Asia. “Then my brother-in-law sent us a picture of a house on a lake that we had never heard of in Fairfield County, and we bought it.”

In the early years, the seemingly ideal 1950s cottage hit all the romantic lake-house check marks—cozy wood interiors and proximity to water sports among them. “We moved into the house as it was,” the wife says. “There were two bunk beds and a trundle for our three kids and a visiting niece, and we just settled in for the summer.” But over time, the cramped rooms and awkward layout proved less than optimal, and as thoughts of remodeling percolated, they sought the input of architect Peter Coffin of Doyle | Coffin Architecture, who helped all concerned to agree on the inevitable need to start over. 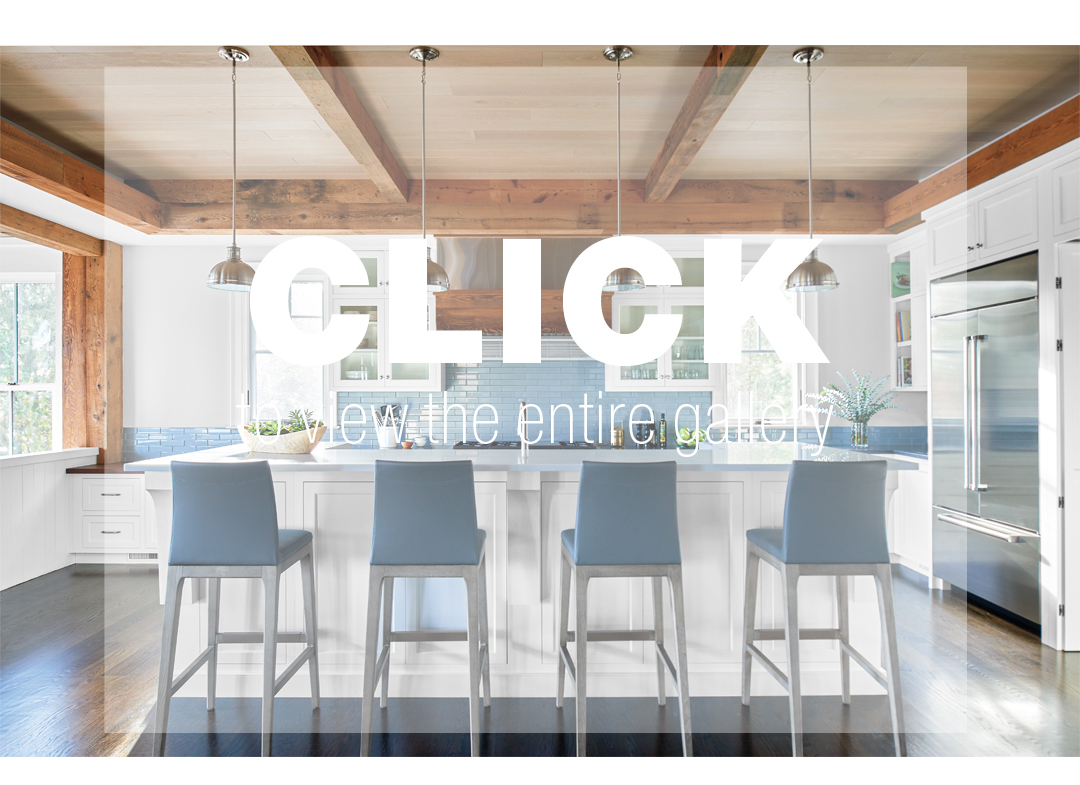 “The existing first level had nothing beneath it, which put it very high out of the ground making it a real journey with lots of steps down to the lake,” says Coffin, noting there was no way into the house that didn’t involve sandy feet and wet towels being dragged through the main living spaces. The solution required excavating significant amounts of rock below what would become the new first floor to make way for a sitting area, wine cellar, guest suite, and a mudroom for disposing of soggy items.

Saying goodbye to the original structure proved more difficult for the husband, who was attached to the knotty-pine interiors and the overall cottage-style ambience than his wife, who had hopes of replacing it with something more in sync with her modern leanings. After convincing the husband they could get that same character in a new house, Coffin’s choice of classic shingles and a fieldstone foundation got that part of the job done. Inside, the open floor plan combined with a warm wood ceiling satisfied both parties.

Additional material choices and furnishing selections fell to interior designer Jody Myers-Fierz of Jody Fierz Interior Design, who kept everyone happy with a predominantly neutral color scheme and a mix of modern and traditional items that shared comfort as their common ground. “I convinced the husband to leave the rolled arms behind and I came in between with more traditional fabrics,” says Myers-Fierz, whose juxtaposition of leather chairs set on midcentury modern bases with traditional swivel seating in the living room hit all the right buttons. In homage to the couple’s adopted Hong Kong home, a replica of a terra-cotta warrior stands guard by the stone fireplace, and in Asian tradition there’s a built-in bench in the entry where visitors can remove their shoes and don slippers provided by their hosts.

Meanwhile, three distinct dining areas in the kitchen handle an array of functions. Midcentury-modern chairs gathered around a wood table that handle the more formal sit down dining moments, for example, play to the wife’s contemporary hand. A quartet of gray driftwood and leather counter stools lining the island are perfect for après-lake snacking, and a banquette fashioned from shiplap siding, the latter a nautical nod, reminds everyone that this is indeed a lake house.

“When we are here alone, my husband and I just sit at the banquette and enjoy the beautiful views, but the house is also this wonderful place where we can all come together,” says the wife, who also delights in how their merger worked out. “I feel really good about how we could blend our different styles and have a place that feels like it belongs on the lake.”

A version of this article appeared in the July/August 2019 issue of CTC&G (Connecticut Cottages & Gardens) with the headline: Lake Side Story.