A Family Transforms a Waterfront Guesthouse 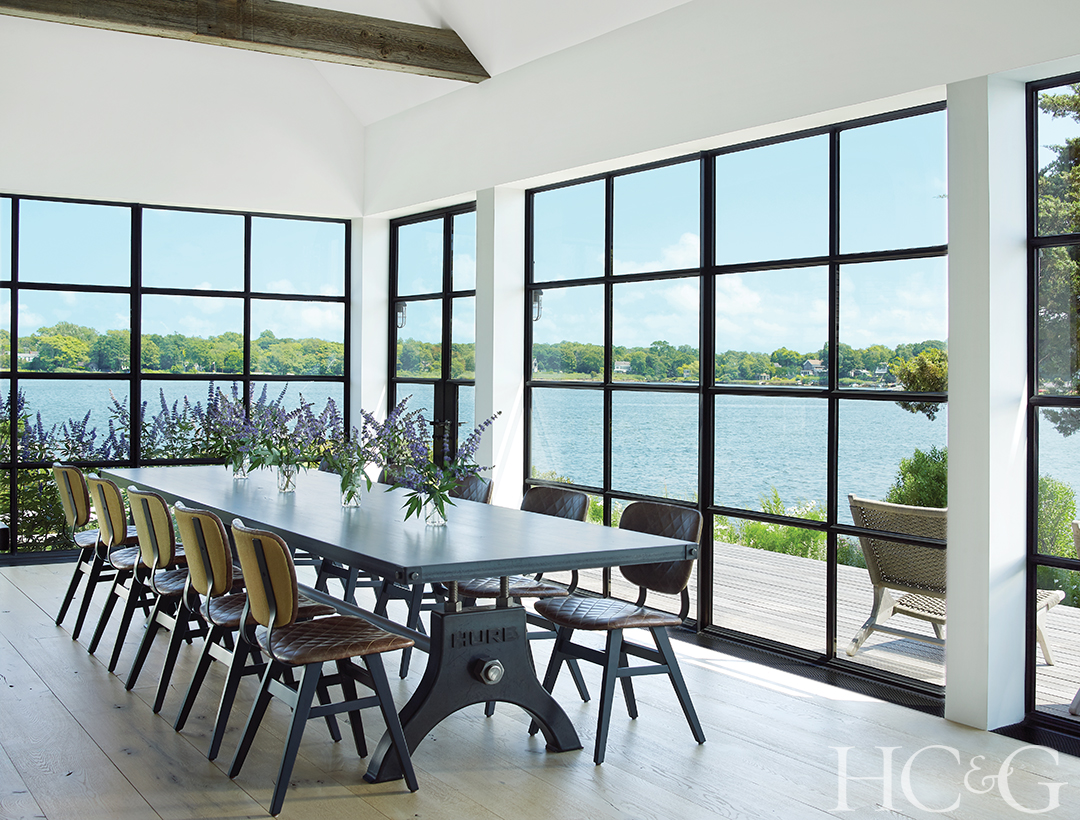 Most people think of the Hamptons as a summer playground with an itinerant population that’s in by Memorial Day and out by Labor Day—or just visiting for weekends that always seem too short. But increasingly, the Hamptons are catering to a year-round crowd. Former New Yorkers Barrie Glabman and Adam Schwartz, for example, are dedicated full-time East Enders who don’t just live here: They’re up to their organizing and fundraising elbows in local nonprofits, including the Children’s Museum in Bridgehampton and their son’s school.

Before relocating, Glabman worked as a creative director in Manhattan. But after 20 years on the career train, she opted for life as a stay-at-home mom. No longer tied to a desk, she and her husband, who runs his own educational software company, followed their hearts to the beach, starting off in East Hampton. Shortly after the birth of their son, they began to build a dream house on a beachfront lot in Sagaponack.

As infinite as the ocean views are, however, there isn’t room on the property for a guesthouse, which put a damper on visits from Schwartz’s Atlanta-based parents. Then someone mentioned Redwood. The sleepy peninsula in nearby Sag Harbor, accessible by just one road, was little known in 2012, when Glabman and Schwartz drove eight miles north to see what bayfront life might be like. The first property they walked into was all they needed to see. “We were just overwhelmed with the feeling that there was something special about it,” says Glabman, “that it was something we wanted in our life.” Even more, not only could it be used for overflow guests, charity events, and business conferences, but it would also provide a place where the family could dock their boat.

The neglected little 1950s abode that stood on the land, however, was not so alluring, so the couple brought in their architect, Bridgehampton-based Kevin O’Sullivan, to assess the possibilities. “We fully expected to do a light renovation on the house that was there,” recalls O’Sullivan, “but then we realized that the foundation was cracked, the roof was a mess, and it was filled with toxic mold.” That meant knocking it down and starting over. 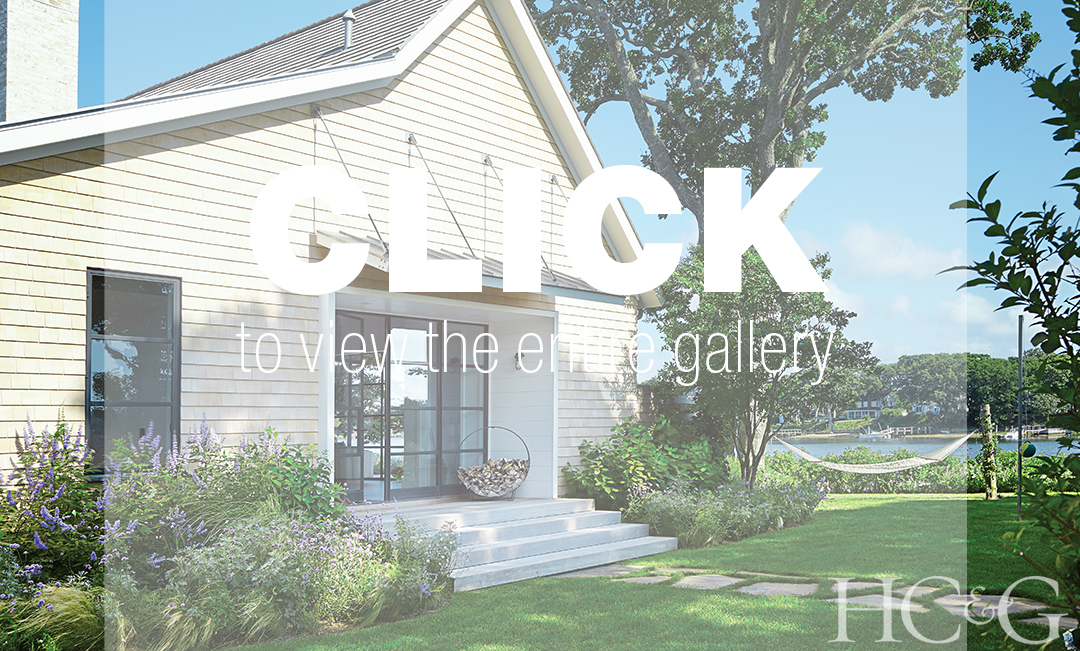 “Kevin is a modernist and kept talking about a ‘loft box,’” remembers Glabman, “but I wanted to have a warm and inviting cottage. It’s not the right neighborhood for something super modern, but Kevin is a great designer and can easily work outside his personal style.”

At 2,100 square feet, the house consists of three bedrooms, two and a half baths, and a single open room with wraparound views of Upper Sag Harbor and Morris coves. New setback requirements demanded a slightly narrower footprint than the original house, but permission was granted to grandfather in the square footage of the former garage and append it to the rear of the house. It contains a game room featuring a restored Brunswick pool table topped in a hot-pink felt.

Adjacent are three bedrooms situated along the north side of the house, connected to bathrooms kitted out in a frankly industrial manner, including utility sinks and black-grouted subway-style tile. “You can’t use regular subway tile if you want a graphic grout line,” Glabman insists. “I had to tear out the first attempt and replace the official subway tiles with field tiles from Waterworks.”

The furniture plan in the great room establishes three major areas with bold gestures. Next to the kitchen wall, a handmade worktable/island in white oak was customized to accommodate cabinets, a dishwasher, and a cooktop; a separate fabricator created the concrete top. The dining table alongside it is fashioned from an industrial steel base with a wood top wrapped in metal. “I saw the quilted leather chairs on the Internet,” Glabman reports. “I bought them without ever sitting in one.”

Despite the meticulously designed interior, much of the joy of the place, quite intentionally, comes from the exterior. A mahogany deck leads to a small lawn and a dock with a built-in sitting area. Roxine Brown of Harmonia Inc, a friend of Glabman’s from their salad days together at Liz Claiborne, installed the hardscaping, including the fieldstone steps to the dock, and sculpted a native cedar into a supersized bonsai tree (Glabman had once considered removing it). Beds and borders in a style that Brown describes as “natural, romantic, and bohemian” feature “ornamental grasses mixed with flowering plants in Barrie’s favored palette, including annuals like white cosmos and Verbena bonariensis.”

Although Glabman initially wondered if she did the right thing for resale value by not building a second floor, which she had the permission to do, she has no regrets now, preferring to stick to the laid-back character of Redwood and content with her good fortune to own homes on both the ocean and Upper Sag Harbor Cove. “I am never parting with this property,” she says. “Are you kidding me? I love this little house. It’s where I want to grow old.”

A version of this article appeared in the June 2018 issue of HC&G (Hamptons Cottages & Gardens) with the headline: Coast to Coast.