A Family's Summer Island Getaway Gets a Whimsical Makeover 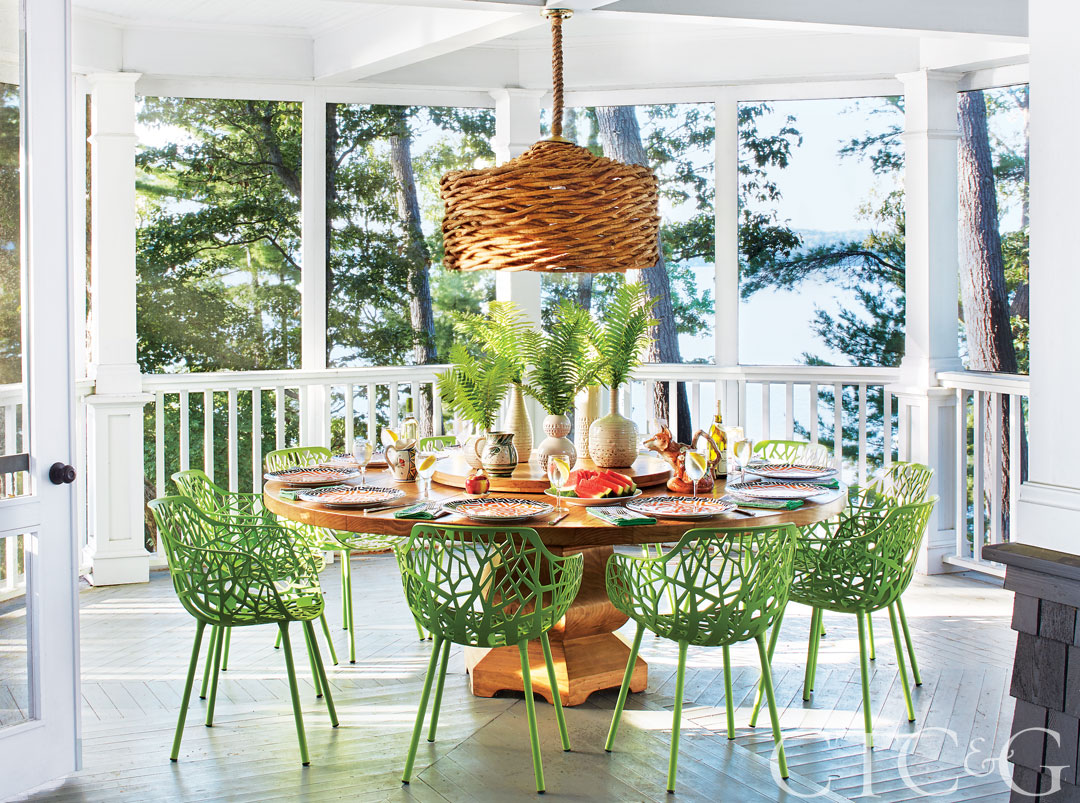 A hot pink woven raffia and dyed rooster-feather African JuJu headdress and lime green chairs are not the sort of interior touches one associates with a 19th-century cottage turned summer island getaway in Canada’s Muskoka Lakes region. Nor are the aquamarine dining table and chairs, though the chandelier made of porcupine quills seems more at home, at least in theory, given the remote and rustic location.

This is how a Connecticut couple gave new life to the dated interiors of this waterfront property without compromising the integrity of the space. To achieve their goal, they turned to former Greenwich resident and now Toronto-based designer Anne Hepfer. “The cottage season is two months long,” says Hepfer. “They move up here with several dogs and cats. The idea was to make it family- and pet-friendly, comfortable and colorful.”

Before bringing the designer into the picture, the couple had spent four years painstakingly restoring the six-bedroom cottage, the primary residence on the privately owned 10-acre Wistowe Island, which features 2,300 feet of shoreline. The only way on or off the island is by boat; visitors step ashore and wend their way past landscaped grounds to the welcoming wraparound porch. “These cottages were built to maximize the view,” Hepfer says. “Big sky, big sunsets. It’s all about experiencing nature.” 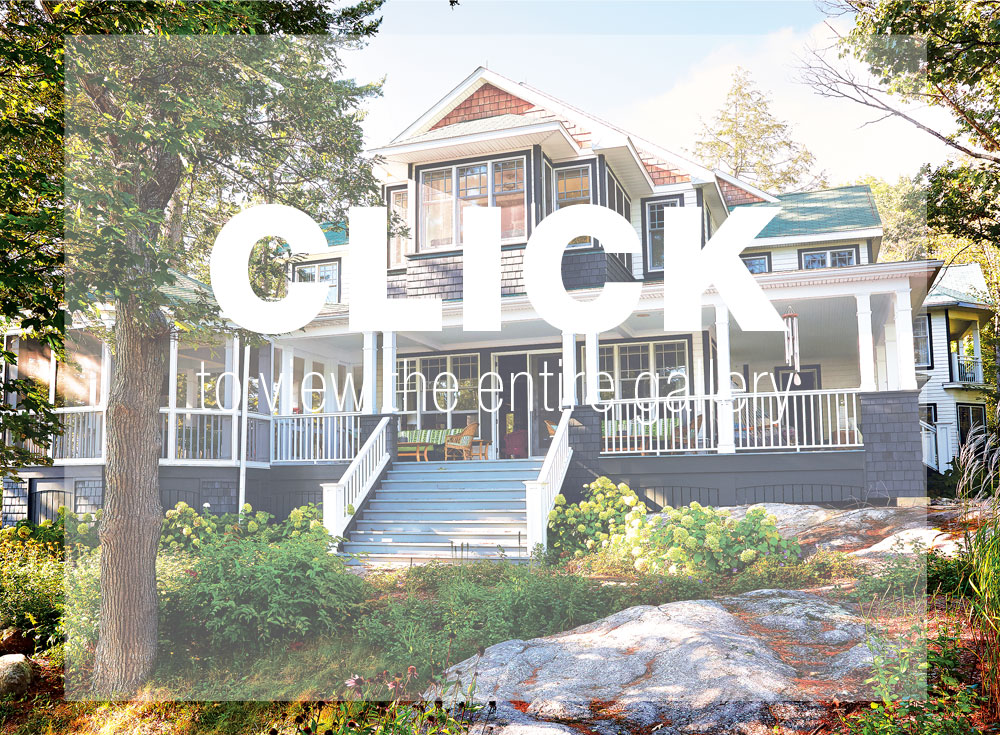 The exterior setting is serene and tranquil. The inside of the home is infused with an exuberant—and unexpected—palette of blues, greens, yellows and pinks. “Green and raspberry are their favorite colors,” says Hepfer, who describes the aesthetic as “preppy boho.” In fact, before starting the project, she had spent three weeks in India studying local handicrafts—block printing and rug making and stone work—and she incorporated Indian textiles into the mix. “I layered patterns and textures in every room,” she explains. “I think my work speaks to layering in a big way. To a certain degree restraint is also important. But the layering adds so many levels of interest and a fun, whimsical element.”

In the living room, a custom sofa and wing chair are covered in a green paisley print then topped with green and pink accent pillows. In the family room, camels and elephants march across linen drapes, and a sisal area rug is bound in hot pink linen. “It’s wonderful when a client is open to this level of detail,” adds Hepfer. “It makes it special. In today’s age when we are bombarded by mass-produced brands, this is the antithesis to that.”

As a nod to the past, the designer repurposed vintage wicker furniture (much of which came from the classic wooden boats, or “woodys,” that used to ply the lake waters). She painted some and left others natural, and then covered individual pieces in bright, modern fabrics, using plaids and stripes, ikats and geometrics. The homeowners wanted to keep the dark-stained pine walls and floors, so she added durable white Bolon area rugs—one trimmed with green leather, another trimmed with dark blue, which creates a sense of airiness.

Upstairs, in the master bedroom, a cocooned window seat is created with a custom sofa done in blue, teal and aqua linen. Hepfer broke up the space by adding a wood-framed stand-alone wall for the bed, which she upholstered in a cheerful Lulu DK bird print. On one side is a 1940s-style mirrored console, on the other, a mirrored shelf, which reflects the view. Below, on the screened-in porch, a round pedestal dining table and lime green Janus et Cie chairs is a favorite gathering spot for afternoon sunsets.

“The house is whimsical and fun, and it should be,” Hepfer says. “It’s their summer retreat. Their favorite music is ’70s and ’80s rock. They have a turntable and crank up the tunes and sit around the table telling stories. It’s the type of place where traditions are passed down, and memories are made.”

A version of this article appeared in the February 2017 issue of CTC&G (Connecticut Cottages & Gardens) with the headline: A Diamond in the Rough.

The New York Victorian That Starred in the Julia Roberts Film 'Stepmom' Just Listed for $3.75M