A Few Words With Graeme Black Ahead of His Latest Exhibition 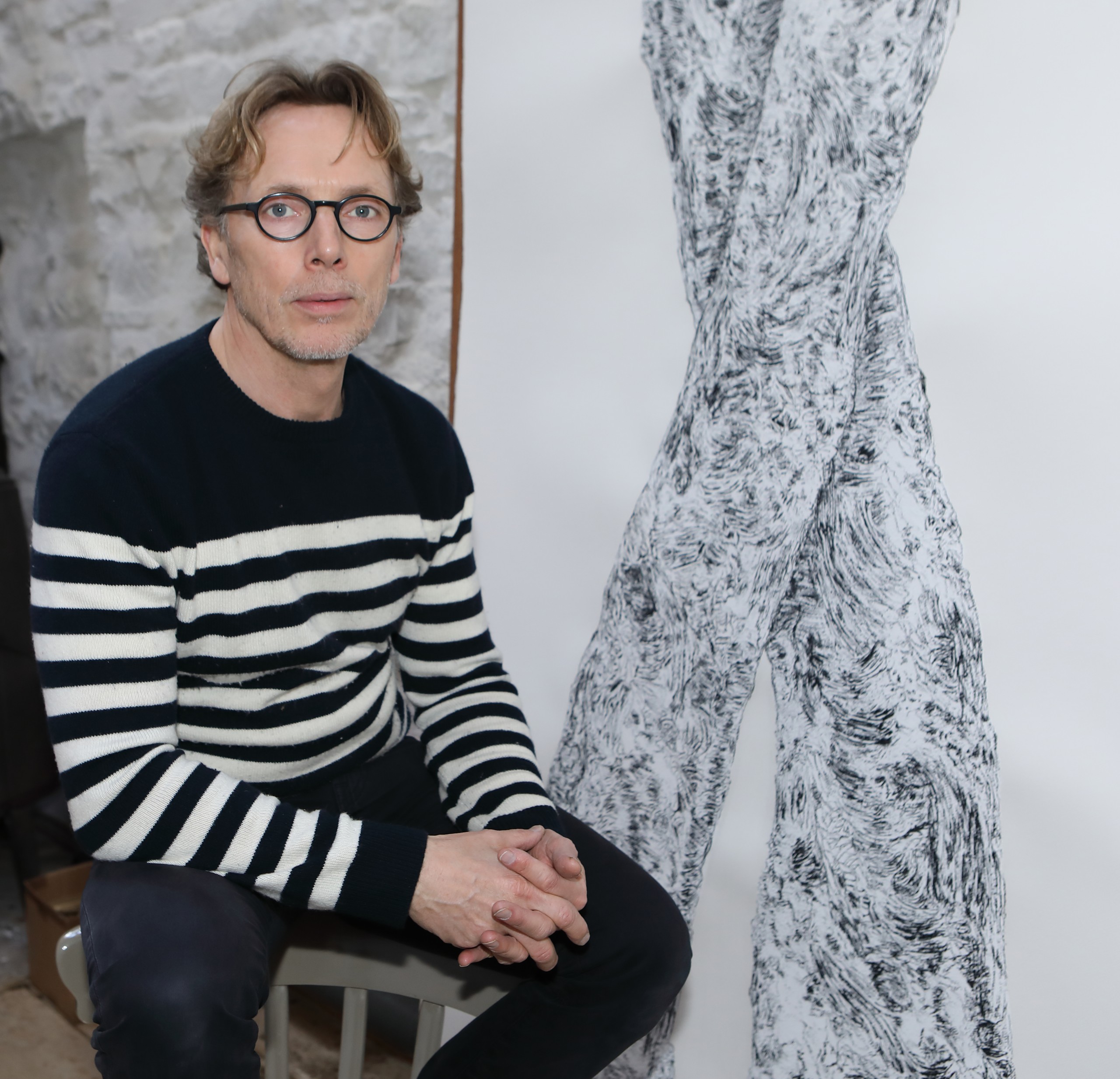 Graeme Black was a globe-trotter. His long and successful career as a creative director saw him overseeing the international efforts of luxury brands such as Armani and Ferragamo. But he began to grow weary of that relatively rootless life. “I began to take a step back and pursue a regeneration project,” Black says of his decision, ultimately, to leave behind the fast-paced world which he had so long inhabited. And so he stole away, to Upper Wensleydale, North Yorkshire, and returned to an old calling. On June 11, he goes worldwide once more and makes his solo debut in the United States as an artist.

The show, in partnership with the Silas Marder Gallery, is titled “Trunk Show II”. The first “Trunk Show” premiered in Yorkshire, at the Messums Gallery, around this time last year. That locale Black’s latest outing. He says, “This collection of oil paintings was inspired by my time spent in the Yorkshire Dales, where I now live with my partner. While [in] Upper Wensleydale, I was able to meditate on the changes in nature, which I was eager to capture, reigniting a passion for painting that I had long held.”

Consisting of 40 pieces, the collection features trees rendered in their actual sizes. The resulting diversity of heights and curvatures creates what feels to be a veritable forest within the gallery, with Black saying, “They are like natural sculptures that evolve with the seasons and dramatic water systems, which I reflect in the paintings’ textures and colors. I hope that all who see the collection at Marders will be moved to truly enjoy and appreciate trees.” Black counts Silas Marder himself as a true collaborator, noting: “Silas and I have certainly bonded over our mutual respect for nature, and the exhibition is a celebration of the natural world.”

As for what comes next for Graeme while still stateside, it seems he’ll be heading out East. “I look forward to exploring the Hamptons,” he says, “with my pencil and sketchbook in hand.”

“Trunk Show II” opens at Silas Marder Gallery on Saturday, June 11. A celebration of the exhibition will occur from 5:30-7 p.m. on that day.