Designed first by Harry Bates and then redone by Alexander Sipkes, the home is a true master class. 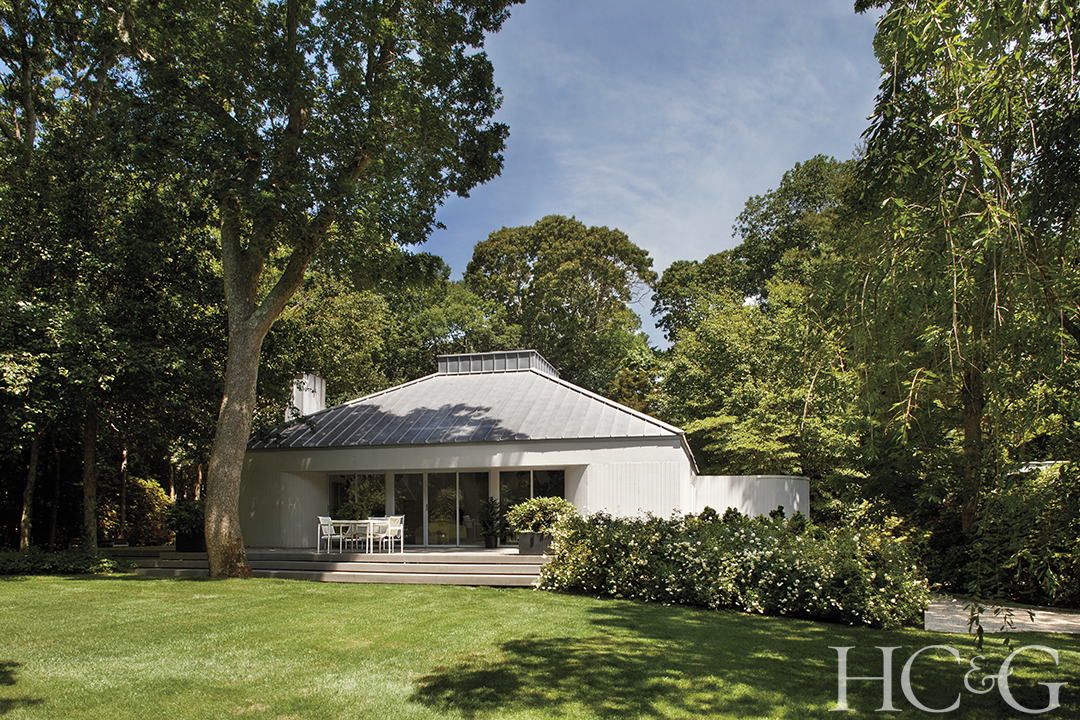 Architect Alexander Sipkes now lives in this Northwest Woods home built by architect Harry Bates in the late 1970s. The Richard Schultz furniture is from Knoll. Photography by Marili Forastieri

When the legendary Harry Bates, founder of East Hampton–based Bates Masi + Architects, decided to sell his own home on the East End a few years ago, it naturally drew the attention of design professionals and architecture buffs. So the fact that the house ultimately changed hands with architect Alexander Sipkes was kismet, particularly since Sipkes had long been on the hunt for a modernist retreat and had already looked at two other Bates projects, one on Fire Island and the other in Northwest Woods. What’s more, both men had spent part of their careers working at the famed firm Skidmore, Owings & Merrill, albeit decades apart.

What sold Sipkes on the home, beyond the celebrated architect’s imprimatur, was the abundance of natural light and almost seamless transition from indoors to out– hallmarks of Bates’s work (“I liked the way the house related to the landscape,” Sipkes recalls). Bates built the home in Northwest Woods in 1979, just before he moved his firm full-time to the Hamptons, and made minimal changes to it over the years.

Sipkes didn’t want to preserve the house as a time capsule, nor do a full-blown renovation. Instead, he brought his architect’s eye to the structure and refined Bates’s original design, stripping back moldings and removing postmodern columns that sat in front of the kitchen. “I wanted to simplify things,” Sipkes says, “and take away the extraneous detailing. I’m very much a minimalist at heart.”

His most significant intervention: building a mezzanine beneath the large, central skylight. This enabled him to create a third sleeping area and open up the vista from the front door straight through to the swimming pool, connecting the study to the living room in the process. One thing that remains the same: the galley kitchen, which is separated from the living room by mirror-backed cabinets. “It’s a 1970s house, and I tried to preserve that feeling,” he says, adding that any kitchen clutter is kept neatly hidden from view.

The interiors are light and bright, but not in the typical white-on-white modern beach house scheme. Sipkes painted walls a muted shade of khaki, and whitewashed floors reveal a hint of the wood’s natural color. “On a gray winter day, I want it to feel warm,” he says of the neutral palette, which gets a kick of color from numerous houseplants that also bring the outside in.

Sipkes has decorated the rooms with striking, graphic furniture and art collected over the years, as well as specifically purchased items. Peppered throughout are iconic mid-20th-century designs including Saarinen Tulip tables, Bertoia Diamond chairs, a Sori Yanagi Butterfly stool, and vintage outdoor furniture by Richard Schultz. New pieces, such as the crescent-shaped sofa, were chosen for their 1970s vibe. Sipkes also added dashes of personal history (his father’s chair sits in the study) and playful gestures (a surfboard leans against one wall). 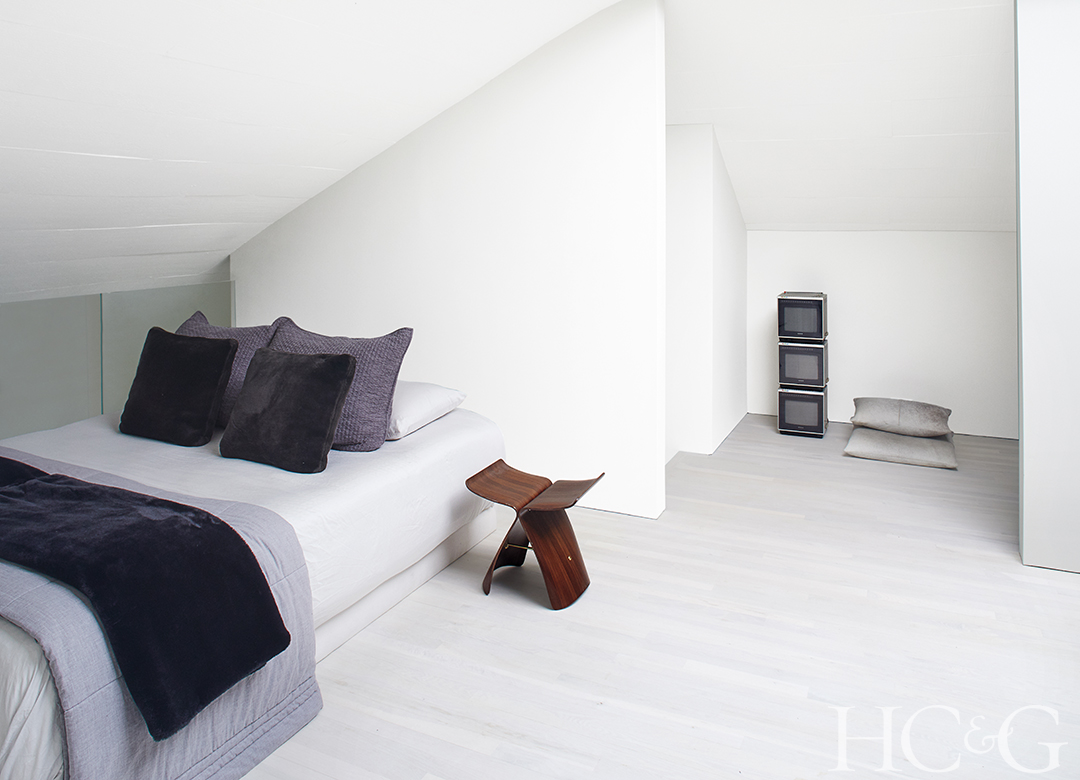 Sipkes added a mezzanine to the home, creating an extra sleeping area. Photography by Marili Forastieri.

To emphasize the structure’s connection to the outdoors, Sipkes also expanded the deck off the living room so that it wraps around the corner of the house and replaced rounded pool decking with more rigid right angles. A small enclosed deck off the main bedroom and bath was a bit of a conundrum at first, but Sipkes has come to love the private retreat accessed only from inside. For the moment, Sipkes is content with his little modernist jewel in the woods, although he is currently eyeing the garage for his next project and mulling over plans to finish the basement and build out an office. “As an architect,” he says, “I am always planning.”

The print version of this article appears with the headline: Master Class.
Subscribe to C&G

This article appears in the October 2021 issue of HC&G (Hamptons Cottages & Gardens).