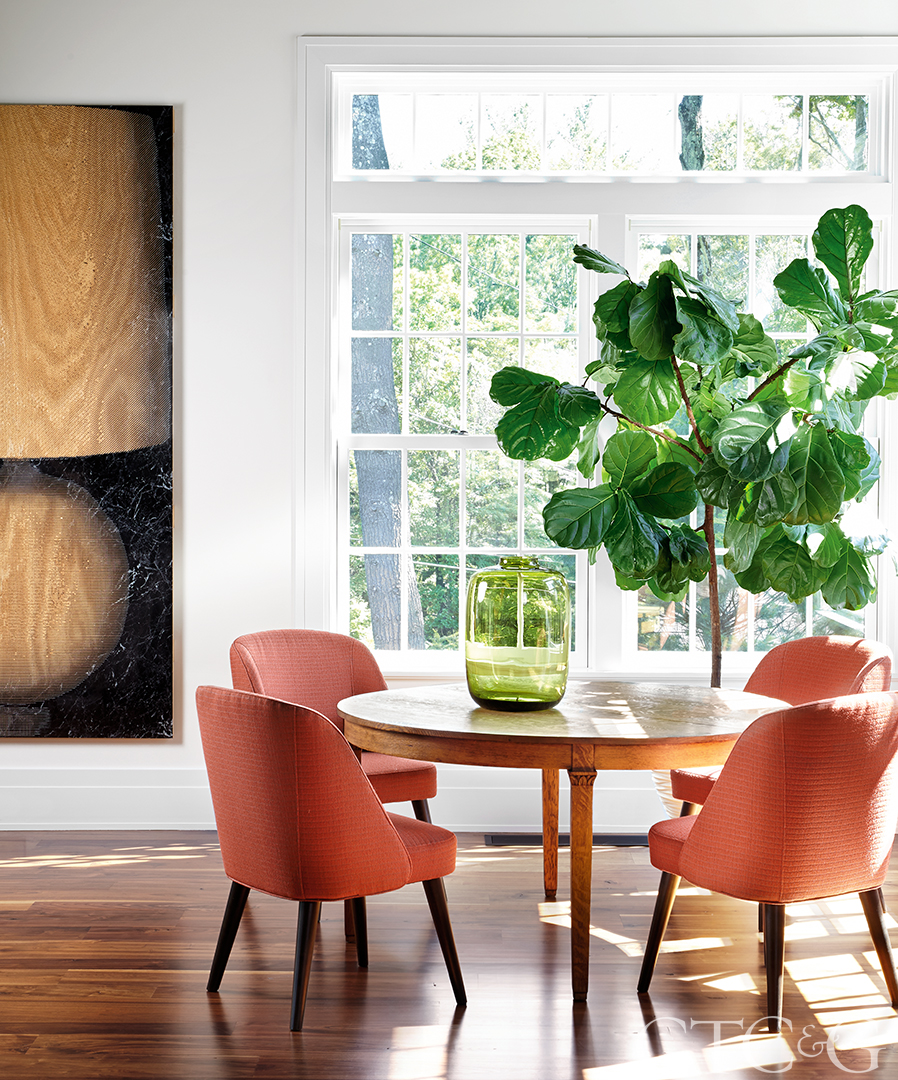 Remember the joys of summer camp? Reminiscing about golden days spent outdoors is all fun and games until you remember the bug bites, the bad food and the rickety bunks. Not so much fun for (most) adults. But for a couple whose Connecticut lake house was starting to feel overcrowded with their growing and extended family, a summer-camp experience without all the downsides became a reality when they bought property that was formerly the site of a girls’ camp. “Our main house is on a lake across the street from the area. We’ve owned it for more than 30 years, but as our kids were getting older and nieces and nephews too, we felt like we were outgrowing it,” says the homeowner. “The property is 14 acres and has 12 buildings on the site including the old dining hall. I thought: ‘Wow, this could be so cool to renovate and have a place for kids, eventual grandkids and extended family.’”

For the renovation, he brought on the husband-wife team of Jesse Carrier and Mara Miller, of Carrier and Company Interiors, with whom the family has worked on previous projects. The designers were tasked with keeping as much of the current structures intact as possible. Sounds easy, but, in this case, most of the main lodge was dilapidated from years of neglect. “At first, the wife referred to it, jokingly, as her husband’s folly, and rallied against it,” notes Carrier. “But he couldn’t help himself. He saw the potential. In the end of course, they both love it.”

The main lodge, the camp’s former mess hall, was a big, open, raw space. The challenge of reconfiguring it to feel cozy was only amplified with the clients’ opposing points of view on the lodge’s aesthetics. “The husband loved the rusticity of it and wanted that Ralph Lauren rustic cottage look—almost a ski lodge experience. His wife’s take was contemporary and clean,” says Carrier. “We had to come up with a design that would please them both and work with the program of this space.” The footprint of the mess hall stayed the same, but a second floor was added that houses bedrooms, gym, sauna and media room. The mess hall became a living area divided into zones. “It had to be just as comfortable hosting a party for eight as it is for 60,” Carrier says. 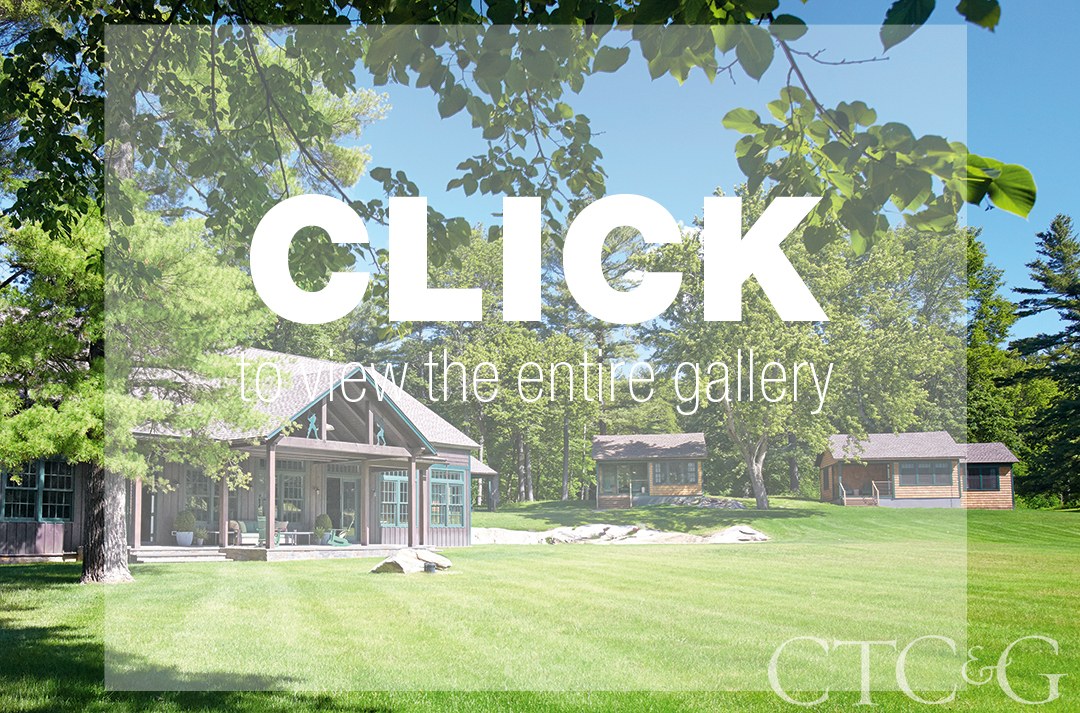 The push and pull of the clients’ opposite viewpoints led design decisions, but the designers never lost touch with sense of place. When banners from the camps’ early days—going back to 1952—were discovered during the renovation, they were restored, and then hung in the rough-hewn rafters, a focal point that was kept while cleaning up the architecture elsewhere. Sleek, black walnut floors balance the more rustic ceilings. A behemoth stone fireplace now fills one end of the open space. As for the main gathering area, it boasts a pair of 10-foot long Jean-Michel Frank–style sofas alongside four concrete tables grouped together for a proportionate coffee table. This was rounded out with two big, cozy velvet swivels. Another third of the room is devoted to games—shuffleboard, chess tables and an antique games table surrounded by more contemporary chairs in a punchy red upholstery. A window-filled space serves as the dining area with concrete-topped trestle tables paired with Eames molded plastic chairs and a rustic bench. “It was a constant balance of these opposing forces,” says Carrier, “and making sure everything is layered and functional while appealing to both sides.”

Adds the client: “We have a 3,200-square-foot multipurpose room. Everyone can be together without feeling overcrowded—someone can watch football on the south side while someone is playing pool or sitting in a corner reading a book, and on the north side, people are working in the kitchen. It’s not overly done, but it’s elegant and comfortable. It’s a great place for kids and dogs—and adults who never grew up.”

A version of this article appeared in the April 2018 issue of CTC&G (Connecticut Cottages & Gardens) with the headline: Summer Hours.