A French Garden in Litchfield County

Designer Robert Couturier reveals how he uses garden ornaments and French accents to link his garden to the past.

Inspired garden accents make all the difference in successful outdoor design. Here, Robert Couturier reflects on a collection of garden urns at his Litchfield County home: “I use urns because they remind me of my grandfather’s house, which had a lawn that sloped down to a big lake. At the end of the terrace, where the lawn started, he had large marble urns that would frame the views. His white peacocks liked to perch and show off their beauty to whoever was around. To me, the image was of such perfect beauty, peace and timelessness that when the time came to punctuate my gardens with ornaments, urns were a natural choice. I do not use them in an orderly fashion. They are a personal decision based on my sensibilities and what I feel my gardens need. My inspiration throughout was French gardens. In France, our gardens are peppered with garden ornaments—they help civilize nature, and they tell stories about us.”

A set of marble urns is early 20th-century, and a marble bench in Italian Renaissance style is late 19th-century. “These elements were placed as an architectural mirroring of the building itself; they stand aligned to the corner of each of the two side pavilions. The bench faces the entrance pavilion right in the middle. They frame the views of the lake. Our gardeners plant them in the late spring with ornamental flowers and plants, which is totally contrary to our French traditions—urns were never planted, but filled with gravel. One of my friends who owns one of the greatest and grandest 17th-century castles in France, with its original Le Nôtre garden, finds the whole thing appallingly middle-class. I like having the flowers in them; I find they are soft and poetic.” 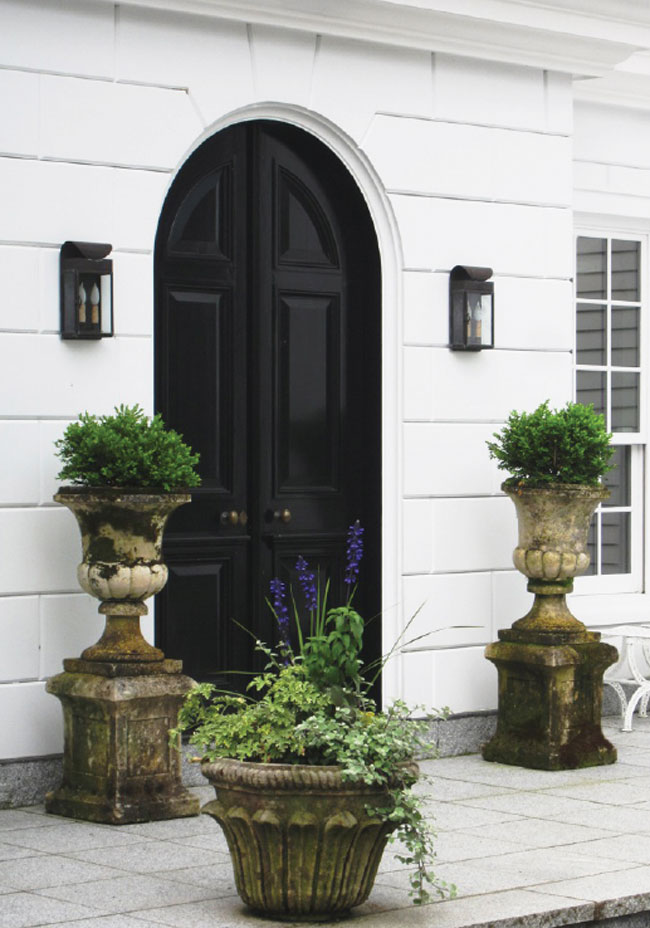 The pair were billed by the dealer as late 18th-century English, made of limestone. The single, one of a pair, is 1920s cast concrete in the Egyptian style. “The limestone urns are slowly decaying; we find bits of them on the terrace floor all the time. The moss probably does not help, but it looks good and makes it feel as if they have been there forever.” 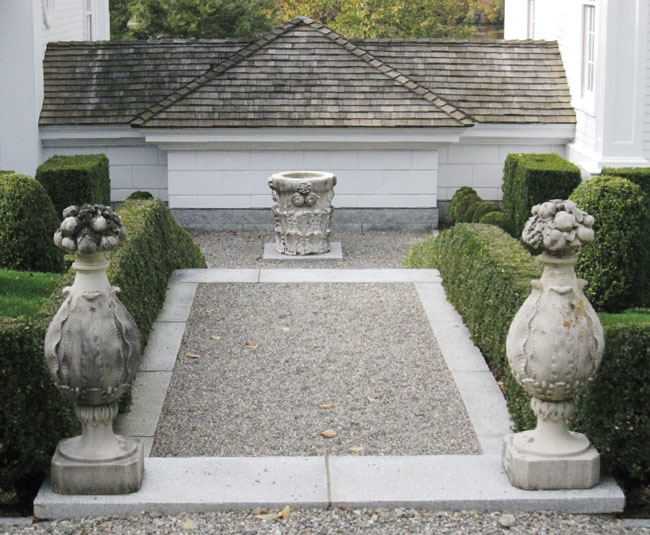 The marble capital is ancient Roman; the finials are limestone, early 20th-century. “I bought these elements after the garden was designed and planted. I use them to give focus and rhythm to the space.” 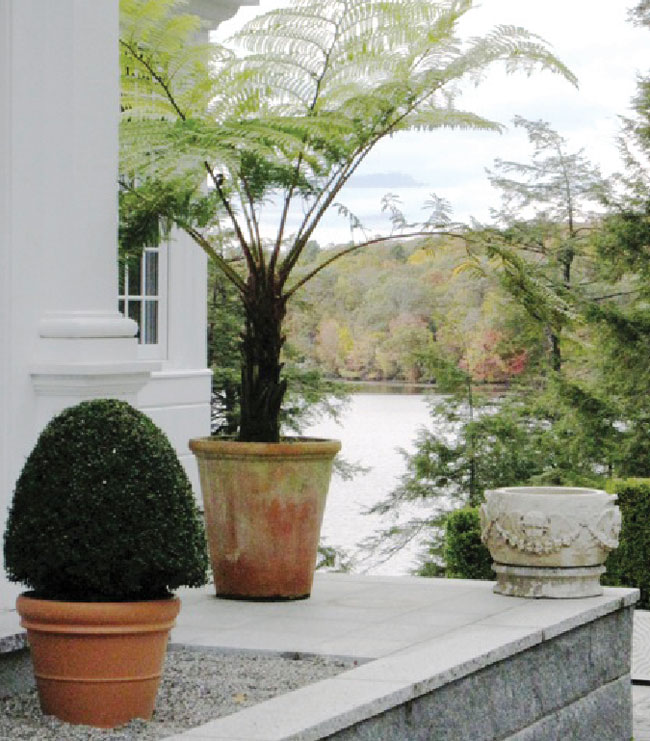 The terracotta urns and the 14th-century marble vase are located on a terrace in front of the dining room French doors. “The smaller terracotta urns are for clipped boxwoods. The bigger urns are used for my large tree ferns that are brought in each fall. All of these live in a greenhouse during the winter and are brought out at the start of spring. The sculpted marble vase holds flowers in summer and a pine tree in winter.” 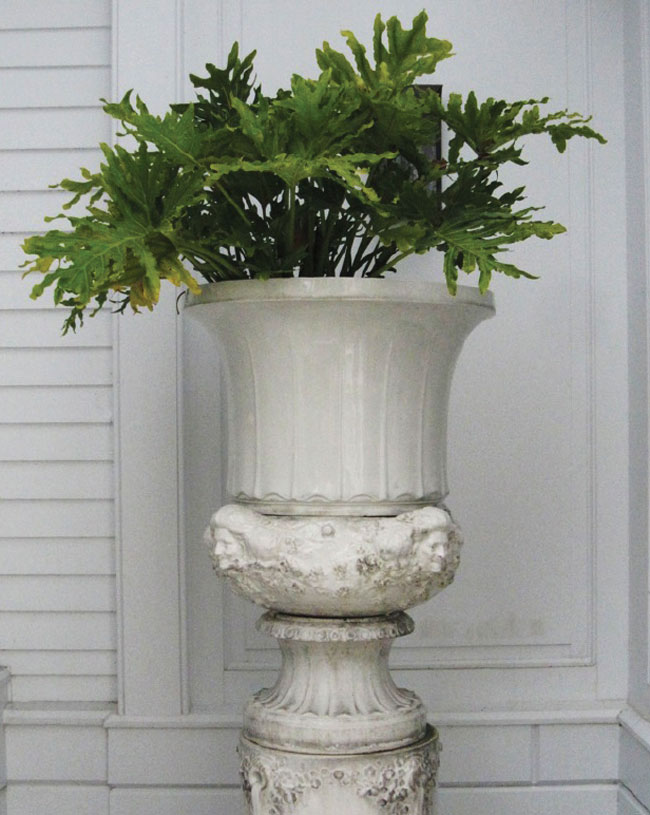 This large porcelain urn is French 1900. “This urn is now in the middle of another little garden in back of the new kitchen. In this photo, it is standing on a little terrace outside the dining room on the formal garden side. It is brought in during the winter. Many of the urns are taken in for the season; our Connecticut climate is too harsh for some of the materials used. It is always with infinite sadness that I watch my gardens being depopulated of their ornaments in the late fall. I do not like winter much. Winter makes me think of this poem by Verlaine, ‘Dans le grand parc solitaire et glacé/Deux ombres ont tout a l’heure passé…’ which is full of sadness and longing and solitude.”