A Gut Renovation Gives Way to a Light-Filled Hamptons Oasis 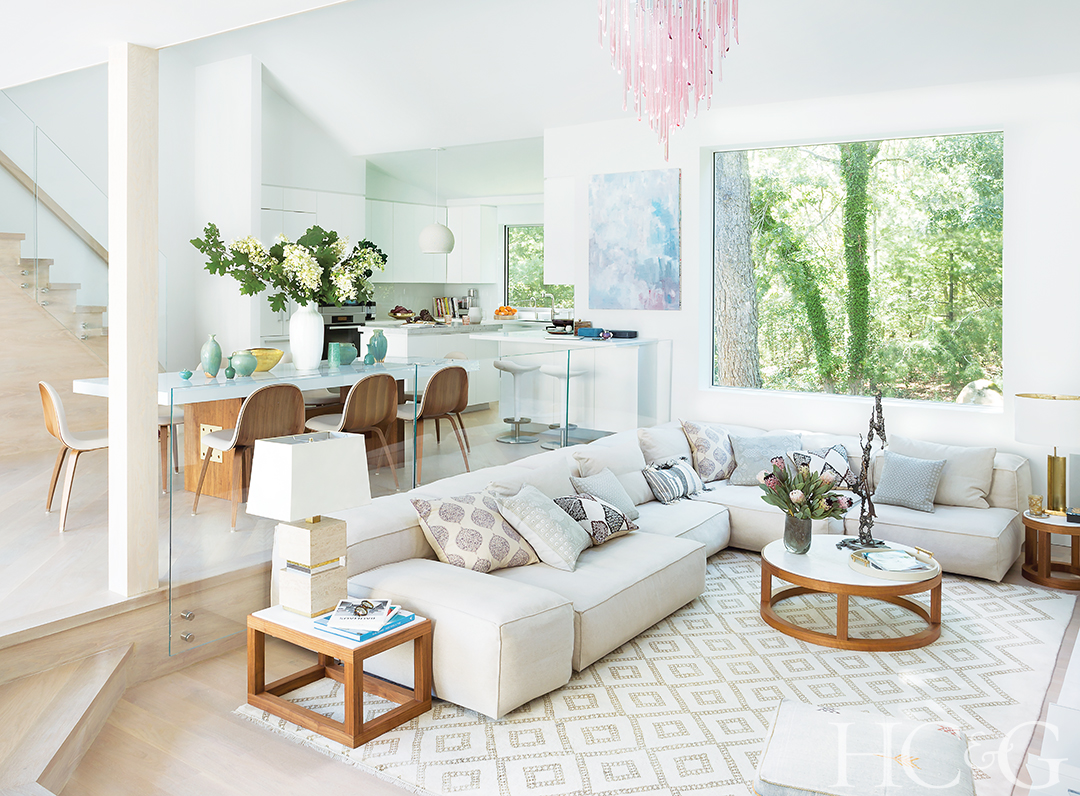 When Lori Gleeman and her husband arrived at the first of seven real estate appointments they had scheduled one frigid December morning, they instantly knew that they could probably just cancel the other six. “The house spoke to us,” says Gleeman, who saw past the residence’s dated 1986 features and focused instead on its high ceilings and skylights, which reminded her of villas the couple have stayed in on St. Barts. “We wanted something unique, not cookie-cutter Hamptons.” Adding to the appeal was the home’s secluded location at the end of a long driveway on a wooded one-acre parcel—yet still not too far from Main Street in East Hampton. And the couple and their twin sons were already familiar with the neighborhood, having previously rented a home nearby.

Gleeman immediately sent pictures of the house to New York–based designer Daun Curry, who had decorated the family’s Manhattan apartment, and asked her to weigh in. “It needed a gut renovation, but I saw the potential,” recalls Curry, who was particularly drawn to “architectural features like the sunken living room and the mezzanine level, which made the project very interesting.” 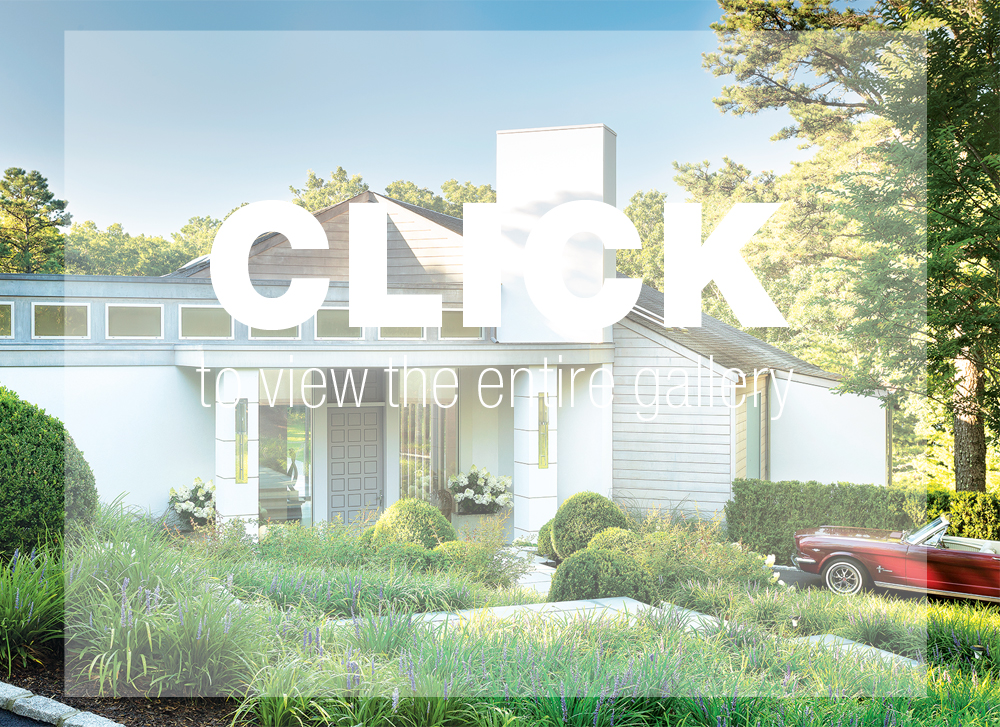 Over a two-year period, rooms were reconfigured, the kitchen and bathrooms overhauled, and windows added to open the interior to the outdoors. Perhaps the most significant change, however, is the new 700-square-foot entryway, which Curry added onto the original frame. “The previous entrance opened into an awkward hallway,” the designer explains. Now the formerly unremarkable foyer is sheathed in white oak and a hand-stitched leather wall covering depicting peacock feathers blowing in the wind. Curry also added a built-in slatted wooden screen that provides privacy while still allowing light to filter through to the rest of the main floor.

The decorator was adamant about preserving the sunken living room, particularly since it helps delineate the space from the adjacent open dining area. “The house would feel very crowded if everything was all on the same level,” she explains. Separated by a glass half-wall, the living room features a comfy ivory-colored Living Divani sectional, a sleek marble and walnut coffee table, and a pink glass-rod chandelier, which draws the eye up and accentuates the high ceilings. “It’s a work of art,” Gleeman says admiringly.

Curry’s M.O. was to create “moments of discovery” throughout the house. Accordingly, she kept the color palette soft and relied on textures, natural materials, and one-of-a-kind accessories to strike interest. The nearly all-white double-height master bedroom, for instance, features a vintage Milo Baughman chrome canopy bed, the base of which is upholstered in white crocodile-embossed leather, and a dramatic reading nook bathed in lavender chintz. For a guest room, silk curtain panels are printed with a shimmery watercolor that Curry discovered on Instagram. And the second-floor mezzanine now contains a streamlined office with a floating walnut desk as its centerpiece. Here, too, a glass half-wall sets the boundary while making the space feel open to the rest of the home.

Curry didn’t stop at the interiors. In the front of the house, she replaced blocky overgrown bushes with neat and tidy arrangements of liriope and boxwood shrubs. The small, cramped deck in the back was traded in for an expansive tiered version, providing extra seating around the pool for the family’s frequent guests and space for a hot tub that holds 12. Even the ping-pong table, which sits on the bluestone pool surround, can be used for additional dining simply by removing the net, a trick Gleeman often employs. “It’s all about entertaining for us,” she says. “Last summer, when we celebrated my husband’s birthday, we easily had 50 people over. Not only is this a beautiful house, it’s also a lot of fun.”

A version of this article appeared in the June 2017 issue of HC&G (Hamptons Cottages & Gardens) with the headline: Summer Breeze.