A Happy Convergence of Colors Fill a Family's Greenwich Home 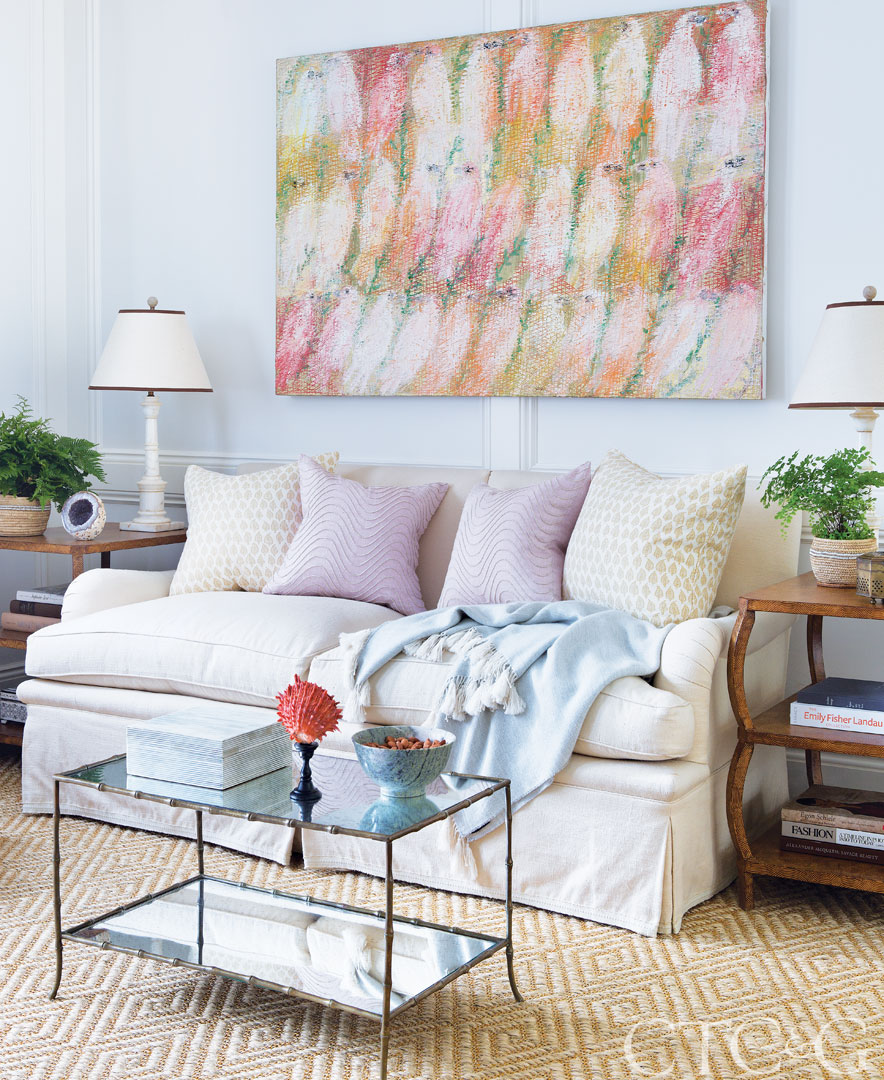 After years of living in a New York City loft, a couple with two young children decided they wanted the benefits of country life; like a sense of community and a lawn. So, following in the footsteps of legions of Manhattanites before them, they made the pilgrimage to Connecticut where they found a Georgian style home with great bones in Greenwich and set about putting down roots. Designed in the 1980s by well-known local architect Dinyar Wadia, the house has stood the test of time. “The most important features of this home are its placement on the site, the wonderful approach to the house and the harmonious proportions of the exterior,” Wadia notes.

For the pair of self-proclaimed traditionalists, the architecture was spot on. But when it came to the interior design, they were hoping for something different. “This house had the right foundation but we wanted a little more edge,” says the wife. “I tend to play it safe, so I needed someone who could push me.” Interior designer Lili Hart provided the requisite nudge.

On first viewing, the designer immediately saw the stately home through her client’s eyes. “It was in great condition, had a layout that flowed beautifully and a gracious double-height entry,” says Hart. She also recognized that the existing faux finishes and any semblance of the dated yellow, red and Colonial blue color scheme had no place going forward. Charged with lightening, brightening and updating finishes, Hart kicked things off in the entry by employing a damask wallpaper in a not-usual tone of pale lavender to unify the first and second floors. “Using a large-scale pattern helps humanize the space, and the lighter color is young and more contemporary,” says Hart.

The lighter shades of pale theme continues in the living room where, after whitewashing the paneled walls, Hart introduced a floral chintz on the sofa and drapes in hushed pinks and blues, and repeated the restrained palette on pillows and accessories throughout the room. According to Hart, white walls and minimalist seating arrangements are de rigueur in traditional homes these days, but that didn’t stop her from adding a 19th-century Swedish secretaire with soft blue gray trim to the less is more approach. “I found it on line and knew it was the statement item the room needed,” she says. 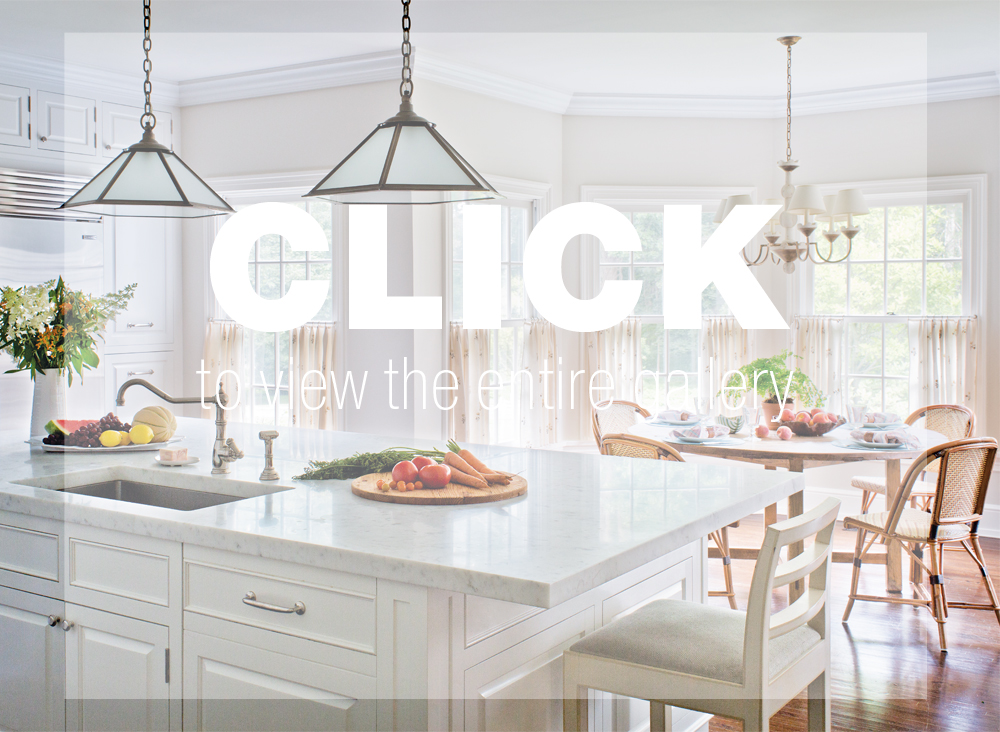 And just as you are being lulled into the palette of tranquility, the mood shifts in the dining room where the refined dark chocolate brown grasscloth walls shimmer and the embroidered browns, reds and golds on the chairs are not so much a jolt as a pleasing surprise. “It’s the contrast of light and dark spaces that makes things interesting and gives each room its own personality and mood,” the designer says.

Similarly in the office, Hart repeated the jewel tones on the patterned sofa, painted the existing oak panels a deep eggplant and covered the ceiling in silver leaf paper. “It’s more of a nighttime room, and the warm colors along with soft wool curtains envelope the owners when they hang out there in the evening,” she explains.

Somewhere between the light-filled living room and the more saturated moments in the dining area and office lies the family room—a harmonic convergence of almost every color seen elsewhere in the house. Here, chintz drapes with an orange accent were the starting point for the red lacquered Chinese chest, indigo blue jean sofa, and the beige grasscloth backdrop. Remembering how she was initially resistant to some of the designer’s ideas, the wife, who became a fan of Hart’s ability to mix patterns with pops of color, says, “When I finally gave in and trusted her aesthetic, I ended up loving how she made every room in our house beautiful and livable.”

A version of this article appeared in the February 2017 issue of CTC&G (Connecticut Cottages & Gardens) with the headline: Perfect Harmony.