A Historic Home in Quogue Gets a Full-On Restoration 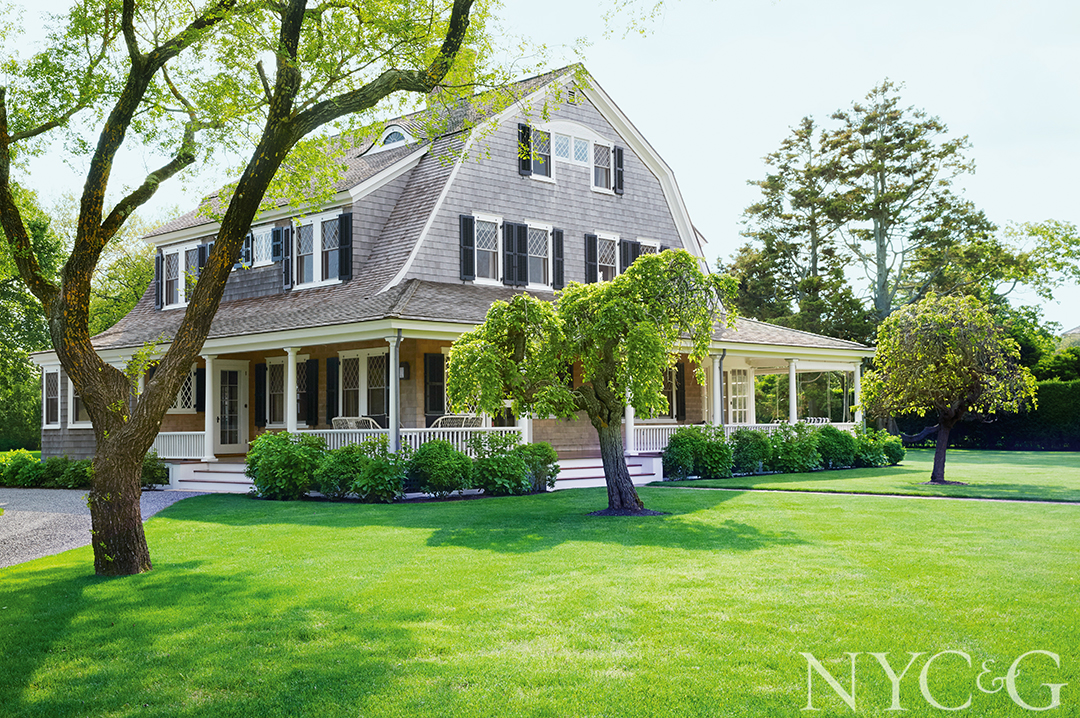 Historic houses share their stories with the families who have lived in them. In the case of this shingled 1903 classic known as the Dahlias, that’s just two families in 114 years. Commissioned by boiler manufacturer Charles H. Smith, it was designed by under-sung East End architect George H. Skidmore, the man behind Westhampton Presbyterian Church and Southampton’s St. Andrew’s Dune Church. The era’s plumbing trade papers reported on the new 4,800-square-foot home, noting its six bathrooms, three of them en suite, remarkable in an era when outhouses were still more common locally than indoor plumbing.

In 1960, Robert and Edith Wilson bought the house from Smith’s daughter, a friend of Edith’s grandmother. Edith “Didi” Wilson, whose family goes back in America to the 1700s, had been summering in Quogue since her grandfather, Adolphus Smedberg, a Wall Street broker, built four “cottages” in town for his extended clan. By 1966, the Wilsons, with five sons in tow, moved to the house full-time. Didi Wilson died in 2011, after 30 years in the house on her own, and it was in a sorry state. “It wasn’t as bad as Grey Gardens,” says David Wilson, who inherited the house with his four brothers and bought out their shares. “But anyone else would have torn it down.”

A commercial real estate broker who lives in Santa Monica, California, with his wife, Stefanie, David has architecture in his DNA. His grandfather Quentin Haig (Didi’s father) was an architect. David Hoadley, who built the Federalist United “North” Church on the New Haven Green, is a relative. And David’s middle name is Renwick, after another forefather, James Renwick, Jr., architect of St. Patrick’s Cathedral and the Smithsonian Institution’s “castle” in Washington, D.C. 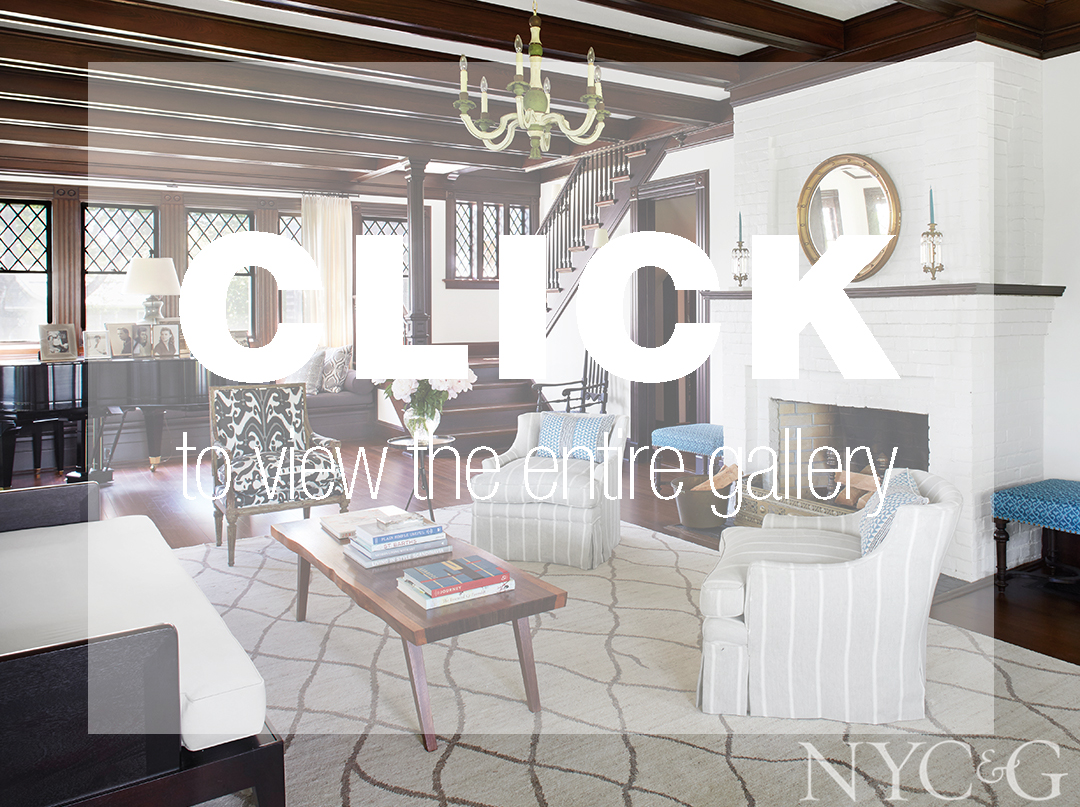 Stefanie herself had fond memories of the place, “sitting on the porch on summer afternoons with Didi, or by the fire in winter,” she says. “I couldn’t bear the idea of the house leaving the family.” So the couple decided to rescue the old homestead and embarked on a five-year, $4.5 million stick-by-stick restoration to repair the ravages of time, some of it caused by five boys learning to ride bicycles on the porch. “If we crashed into a railing post and broke it, it just stayed broken,” David says, adding that his mother’s cigarettes and lifelong procession of canine companions took their toll as well.

Consulting with Joshua Rosensweig of Austin Patterson Disston Architects (partner Stuart Disston is a lifelong friend) and using predominantly local contractors, many of whom David has known since elementary school, the Wilsons “took the whole house apart,” David says. “We took it off the foundation, removed almost every piece of wood, ripped out all the electric, did geothermal, put in nontoxic insulation. We took the roofs off and the chimneys down and redid them all.”

Ninety windows were lovingly restored, as were all the functioning shutters. Inside, every inch of the original Douglas fir was stripped of the white paint Didi Wilson had lavished on it in the 1960s. Anything that could not be salvaged was replicated, including at least half the kitchen cabinets. But don’t let the authentic look of the house deceive: Every possible modern amenity is hidden in the millwork.

Three years into the reno, David met Barbara Sallick, a co-founder of Waterworks, on a plane. He asked her if she could recommend an East End designer to help him with his bathrooms, and Sallick provided the name of Sarah O’Neil, a British expatriate who has lived in New York for more than 25 years. Her background includes running the first American Bennison Fabrics showroom, in SoHo, and a decade working with designer Robert Stilin; she founded her own design firm in East Hampton in 2013.

“It started with the bathrooms,” O’Neil recounts, “and it just kept going. There wasn’t any grand scheme. It was all very organic.” Working closely with Stefanie, the designer restored and re-covered prized family antiques, including a Louis XVI bergère and a pair of sleigh beds with horsehair mattresses. To maintain an appropriate sense of scale, she commissioned vintage-inspired furnishings to integrate with contemporary pieces, such as the Liaigre sofa in the 500-square-foot sitting room, and added surprises, like draperies made from a bold David Hicks fabric in the dining room. Surfboards, employed as decorative items, nod to the Wilsons’ dual Atlantic/Pacific lifestyle: David has been known to hop on a plane from LAX to JFK when he hears the surf’s up.

For the Wilsons, making lasting memories ultimately trumps the admirable architectural overhaul. “The house has a ‘gathering’ nature to it,” says Stefanie. “We have a lot of people here all the time. We maintain Didi’s habit of daily cocktails at five and always have Thanksgiving here. We feel like we’re continuing the tradition of a house where everybody can just come and be together.”

“I had the piano rebuilt for more than the cost of a new Steinway grand,” David adds, “because it just wouldn’t have been the same, not having the piano that your grandparents sang around at parties.”

A version of this article appeared in the November 2017 issue of NYC&G (New York Cottages & Gardens) with the headline: Timeless Beauty.