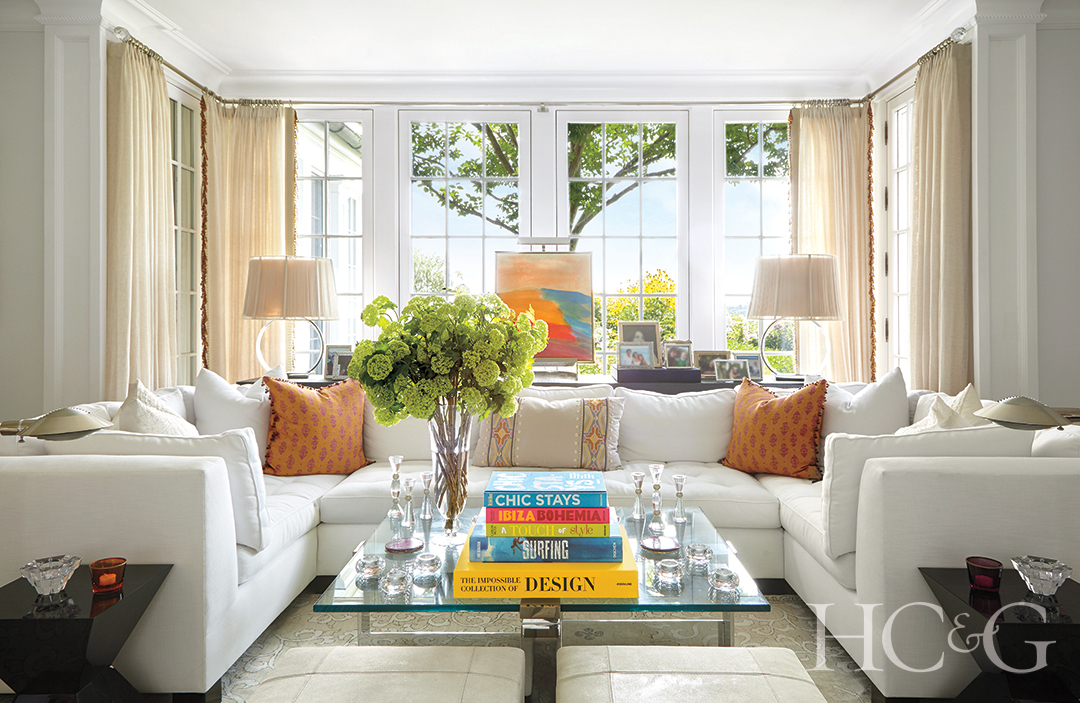 Finished in the shingle style that characterizes the finest Hamptons cottages of the day, Marshmere is a powerful symbol of the allure that has beckoned people to the village of Quogue for the better part of two centuries. By the time ground broke on Marshmere’s construction, Quogue had been a bustling beachfront community for some 50 years. 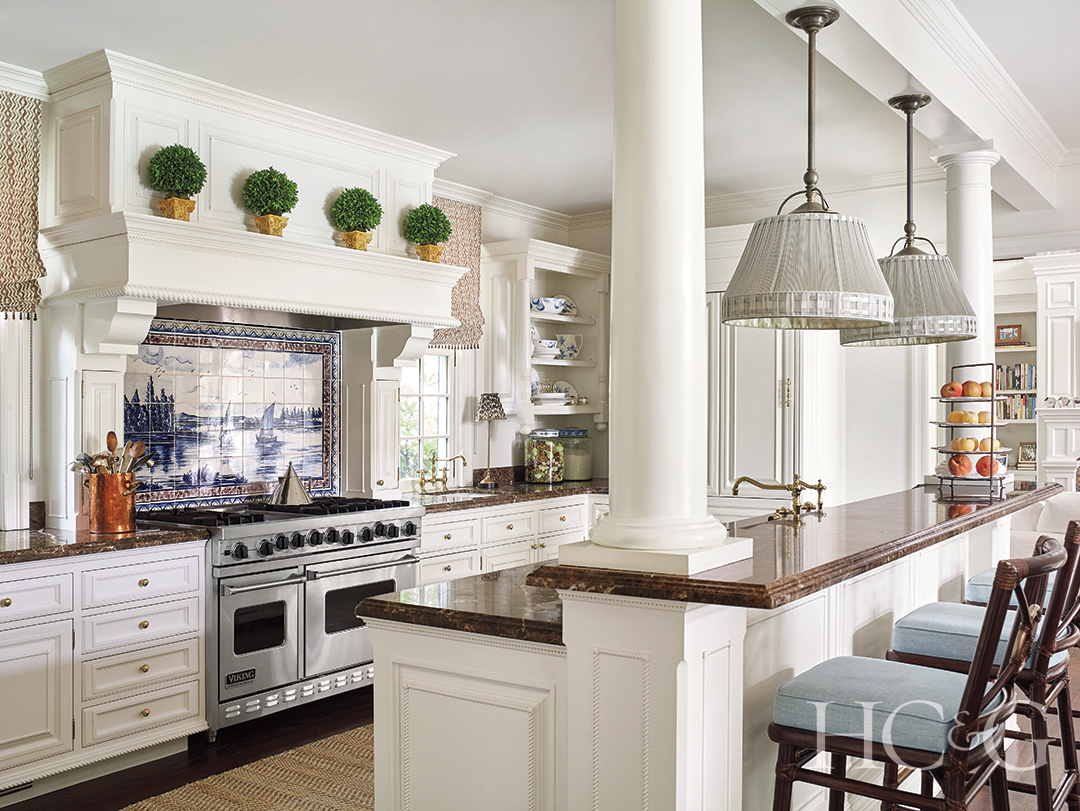 Formed in 1659, when John Ogden purchased a swath of land named Quawcanantucke from the Shinnecock Nation, Quogue was originally a grazing ground for livestock and cattle belonging to settlers in Southampton to the east. Over time, their descendants became the first residents of Quogue, lending their family names to streets and homes still extant throughout the village today. Admiral Mahan, widely considered “the father of modern naval warfare,” was among the most famous and well-regarded residents, and his historic home, Marshmere, became the standard bearer of quiet Quogue good taste.

Marshmere’s current owners, Quogue residents since 1979, were drawn to the three-story home’s rich history and have lovingly ushered it through two renovations. The first, a sweeping refurbishment in 2005, significantly updated common rooms, including a reimagined kitchen (it retains its original cornflower-blue Delft tiles) and the creation of spacious, south-facing breakfast and family rooms, which provide smoother access to the swimming pool and grounds beyond. A second, smaller project in 2015 incorporated a new ground-floor playroom to accommodate the owners’ grandchildren, as well as a new main bath, complete with an expansive south-facing terrace.

The latter renovation prompted the owners to call on their trusted friend, New York City–and Palm Beach–based interior designer Jennifer Garrigues. A worldly, no-nonsense Brit, Garrigues traveled with her clients to Morocco and India to shop the markets and find inspiration for the redesign, making the very traditional, refined home feel more contemporary and current. “There’s nothing as inspiring as different worlds coming together,” Garrigues says. “I love juxtaposing beautiful antiques with modern art and furniture.” 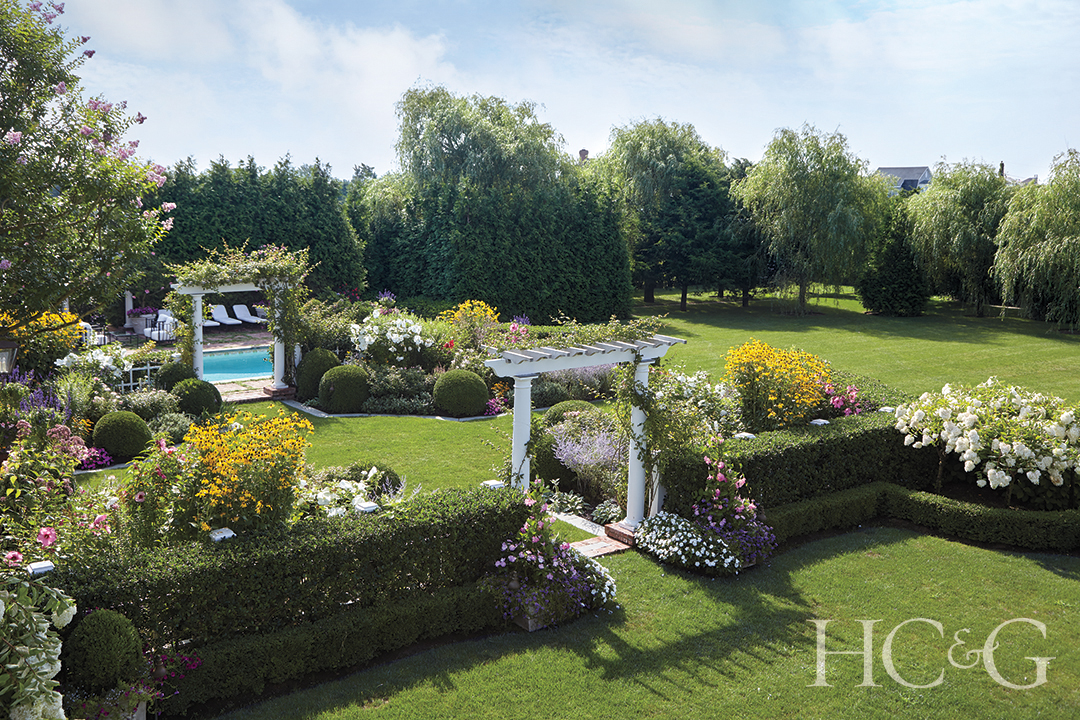 The muted color palette on many of the walls creates a blank canvas for vivid, vibrant accessories, such as Moroccan runners and abstract paintings, and the first-floor library’s walls have been given a custom-mixed high-gloss aquamarine that seems straight out of Marrakech. Here, Garrigues also incorporated a shimmery new fireplace tile that further enhances the room’s modern glamour. Other pops of color appear in the Pineapple Room (charmingly named for the vintage pendant light that hangs within it), where slipper chairs are covered in a warm citrus fabric and positioned to look out on the magnificent gardens, which were reinvigorated by landscape designer Elliott Templeton and the late floral garden designer Sarah Stanton.

The nearby bay inspired Garrigues to paint bedroom ceilings a glossy pale blue, and in the owners’ bedroom, Indian block-print draperies in soothing blue and white and a Turkish rug pay homage to the East, along with mother-of-pearl side tables sourced by the clients and Garrigues in Jaipur and decorative pillows covered in silk textiles. The exotic Indian and Moroccan scores made an already fun project just that much more fulfilling, reports Garrigues. “I love this house,” she enthuses. “It makes us all so happy.”

The print version of this article appeared with the headline: Marsh Mere.
Subscribe to C&G