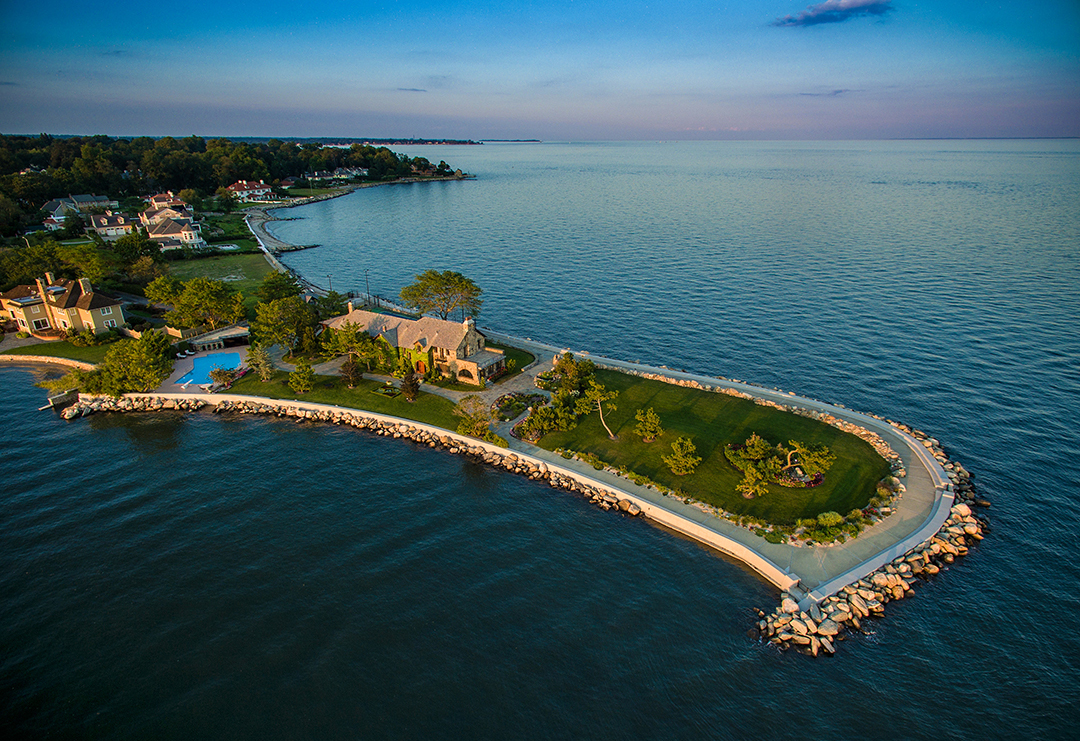 This coastal “cottage”—in quotations due to its grandeur—is a circa-1914 Stamford estate sited on the tip of a peninsula that was used as a lookout point during both World Wars. Today, the entire 1.67-acre property is for sale, asking $11.95 million. The main house, called Saddle Rock, was designed by Hunt & Hunt Architects, a firm that was run by two brothers who built waterfront homes for the likes of the Hearsts and Vanderbilts, including the Long Island estate that served as inspiration for Gatsby’s place in The Great Gatsby. The architects’ father, Richard Morris Hunt, designed the Breakers and Marble House in Newport, Rhode Island, and Biltmore House in North Carolina. The Stamford manse is another in this lineage of stately homes that have stood the test of time, not to mention tides.

It impresses on first sight with its many-gabled, Belgian-slate roofs, its quarried-stone facade and its expansive terrace, featuring a salt-water pool, cabana and grotto, equipped with a full kitchen. Also on the grounds: stone guest cottages, a lighted tennis court and nearly 100 feet of private waterfront. The interiors are refreshingly modern with smart-home technology and a temperature-controlled wine cellar, and knockout rooms like the four-season sunroom with seascapes out every window and a master suite with two balconies and a fireplace. Saddle Rock is listed with Robert Blosio and Larry Palma of William Pitt Sotheby’s International Realty. 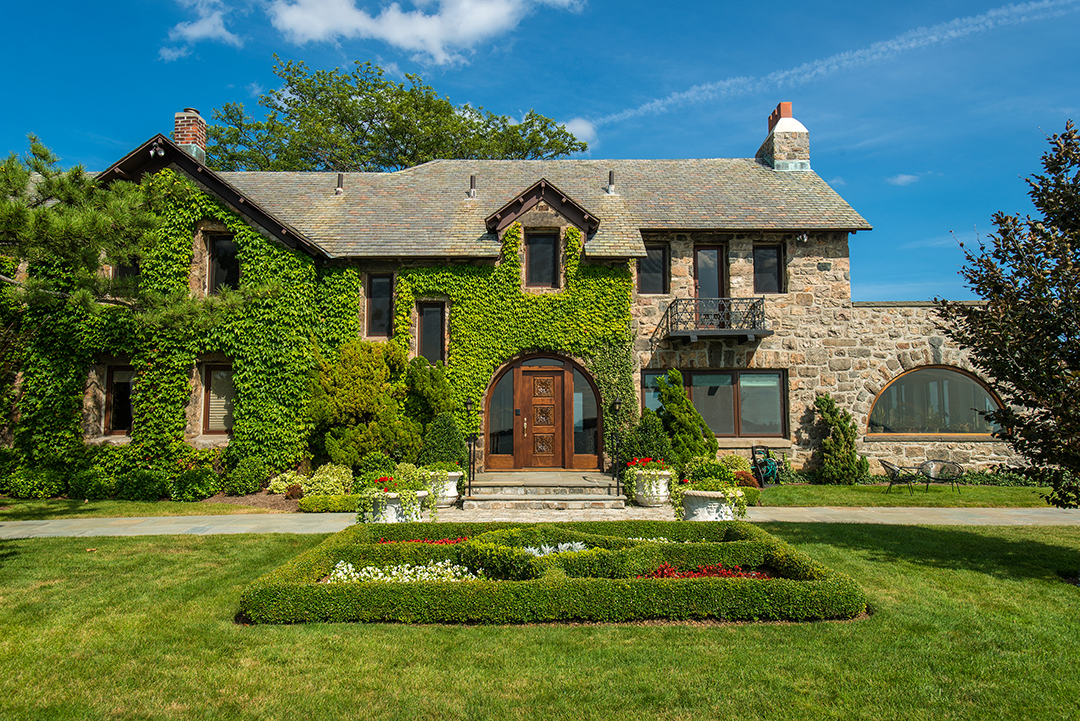 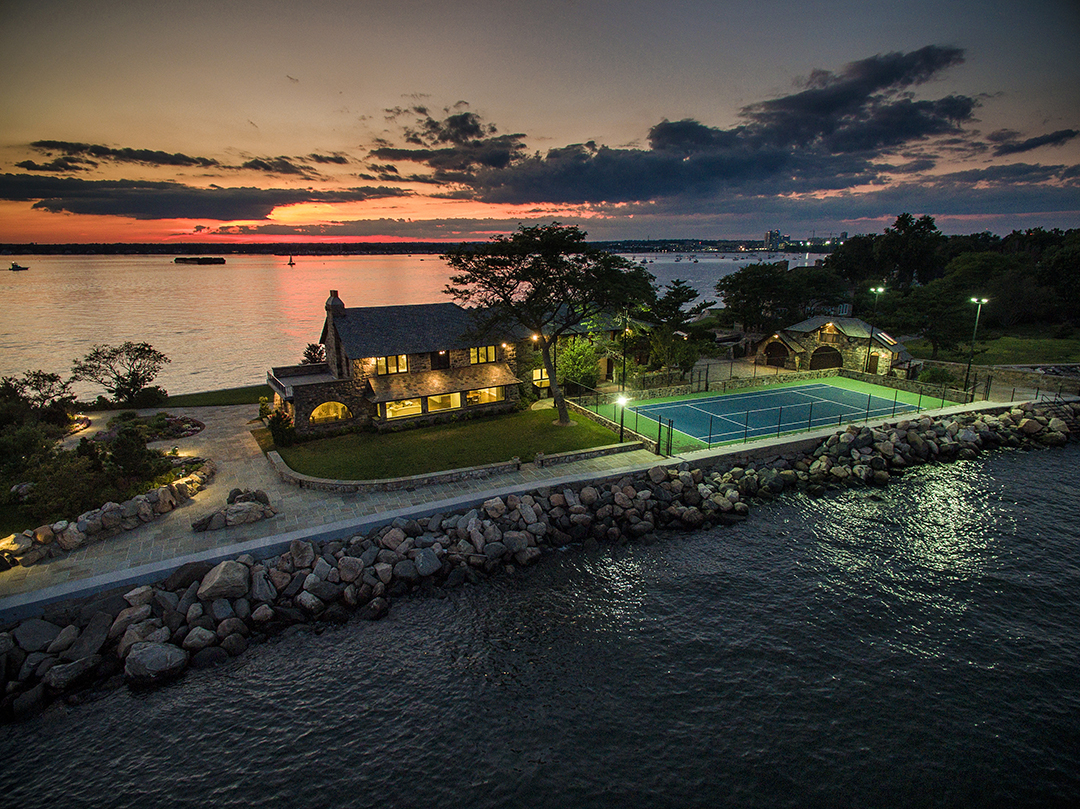