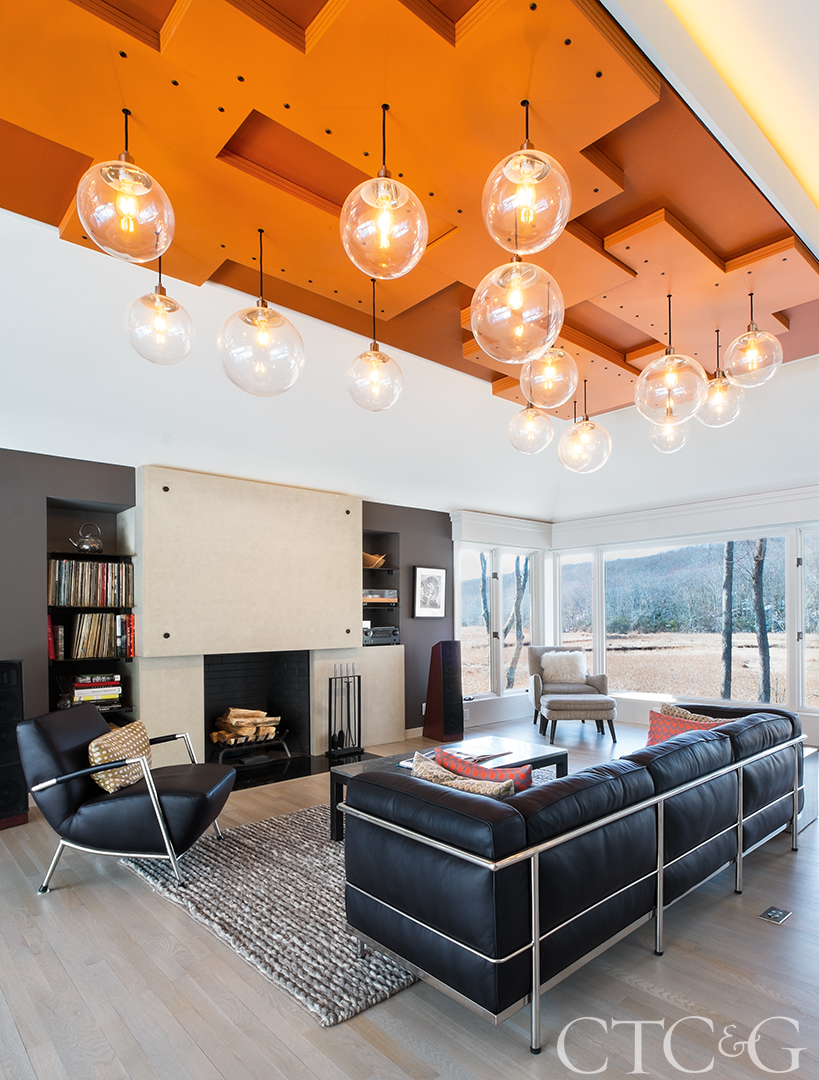 As a young boy growing up in England, photographer Michael Elsden recalls going to pubs and watching people play bar billiards in the back rooms. More fascinated with the table than the game, years later he purchased a 1937 model that, over the years, has found a place in each of the homes he has shared with his wife, Barbara, a vice president of human resources at Pfizer. “I couldn’t have been more than five the first time I saw one,” says Elsden. “But it’s the one thing we own that fits in every house we live in.”

A bit of an anomaly in its current steel and concrete surroundings, the table, like the structure, is a statement piece. But unlike the beautifully preserved antique, the house situated on a salt marsh near Old Lyme required considerable reworking by architect Christopher Arelt to achieve noteworthy status. “It had good bones but completely ignored the poetic beauty of the landscape,” says Arelt. “Upon approach, it was quite opaque, so I added glass to the front and back and selectively removed interior walls to create total transparency throughout.”

Similarly the landscape, a ho-hum arrangement of untended front lawn bisected by a concrete walkway all but discounted the mystery of the marshes. The new entry sequence consisting of bluestone pavers leading to an ipe bridge that crosses an expanse of pea gravel dotted with raised aluminum planters filled with grasses is far more engaging. About the latter, Arelt explains, “They act as abstract, geometric versions of the local habitat.” Everything culminates with a new covered porch and a massive six-foot-wide door that pivots 90 degrees.

Such a commanding portal mandated interiors to match, and the commodious spaces with unobstructed views in every direction don’t disappoint. “I wanted it to feel like you were in a gallery,” says Elsden, who requested large walls devoid of interruptions (like light switches) for hanging art. In response, Arelt included a blank expanse customized to accommodate Elsden’s own series of photos depicting men with beards immediately visible from the entry. 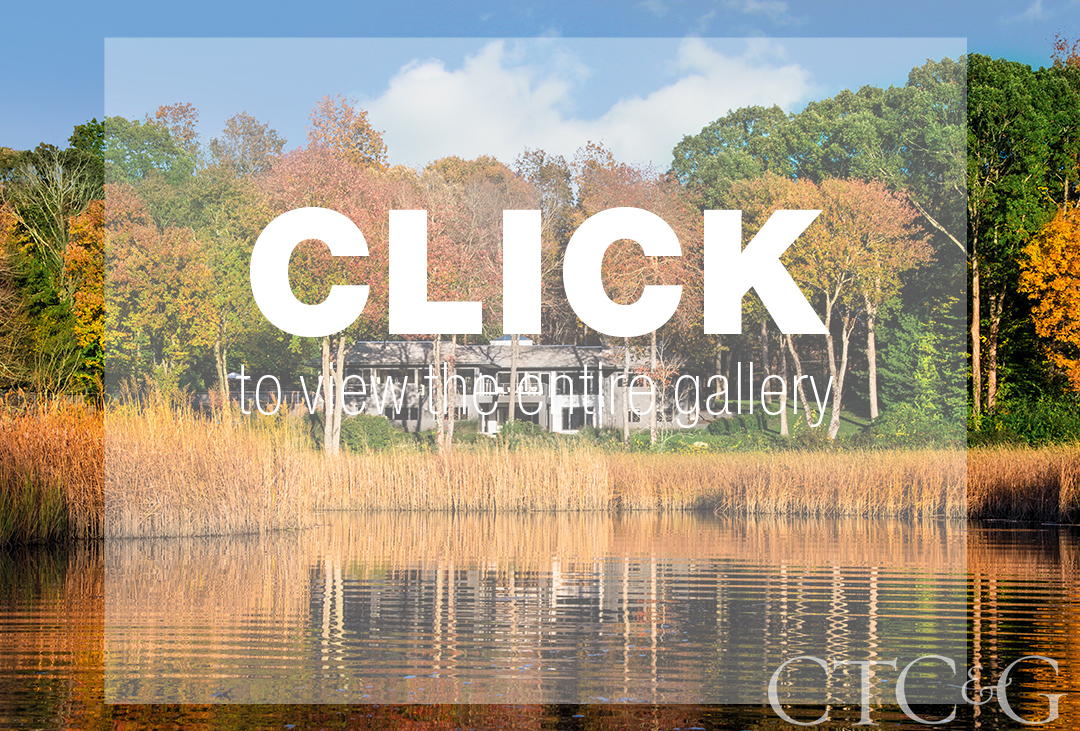 With scale emerging as a key player, concrete proved a critical variable in the developing “bigger is better” theme. “Part of the overall design strategy was to use fewer elements but super size them,” says Arelt, pointing to the fireplace wall as an example. “It’s this immense concrete tour de force that has a dynamic interaction with the rest of the room.” Similarly, in the kitchen, a vast concrete cube on the island serves as a counterpoint for the ebony stained oak cabinets and stainless counters. “Concrete is a surprisingly warm material, and combined with wood and a sensitive paint palette, we overcame the cold connotation often associated with modern design,” he adds.

Color selection fell to Elsden, who relied on his graphic design skills honed at the Royal College of Art in London to pinpoint the perfect gray tone for the floors and walls. “I’m obsessive about color, and with the right gray, we were able to hang other stronger colors around it,” he says, noting the buttered yam shade used on the living room’s ceiling that gives everyone a reason to look up.

According to the architect, the existing house was riddled with several poorly proportioned tray-ceiling configurations that resembled inset paneled doors, which he transformed into sculptural elements. In the living room, the floating geometric structure houses a series of glass spheres, while the kitchen boasts a collage of painted rectangular forms that also supports a lighting system.

When it came to furnishings, Elsden says, “We discovered a hidden cost of moving is that your old stuff will never work, and the wrong sofa is like a sore thumb that irritates you until you get it right.” Here, classics like a Le Corbusier sofa and a Mies van der Rohe bench in the living room struck the right chord, and in the gallery, their bar billiards game table looks right at home.

A version of this article appeared in the March 2018 issue of CTC&G (Connecticut Cottages & Gardens) with the headline: Marsh Lands.