To suit the homeowners’ minimalist sensibility, architect Christopher Pagliaro designed a home respectful of the community on the outside, while leaving any hint of classic Connecticut at the doorstep. 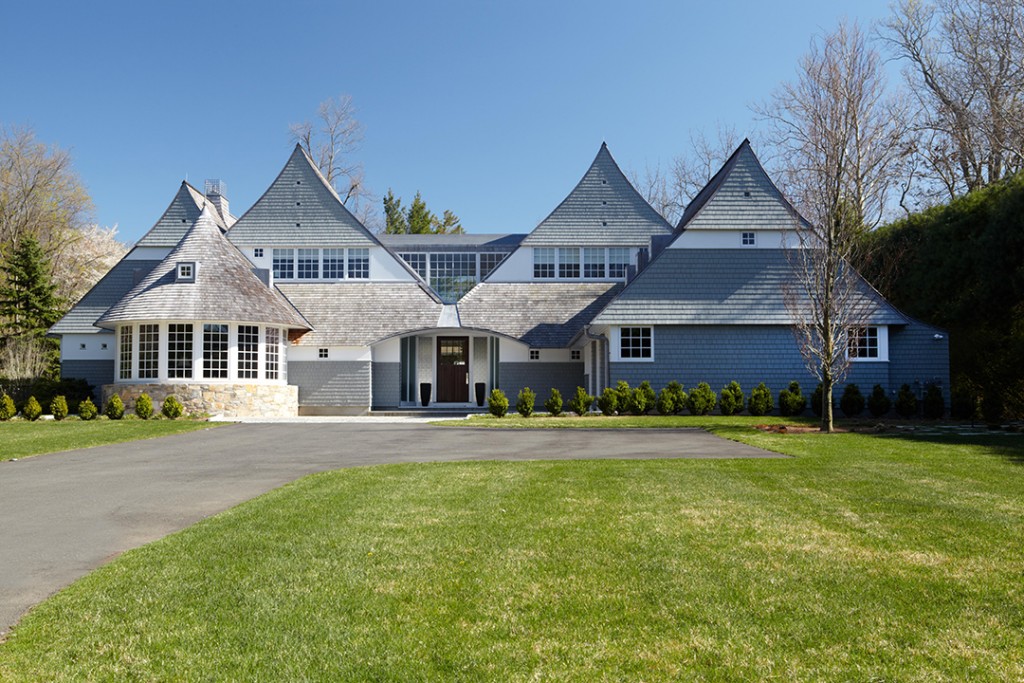 After two decades in a home that didn’t suit their minimalist sensibility, the owners of a ho-hum 1980s spec house yearned for more modern surroundings without having to sacrifice the serenity of their mature three-acre site.

Determined to stay put, they scrapped the original structure and asked architect Christopher Pagliaro to design a home respectful of the community on the outside, while leaving any hint of classic Connecticut at the doorstep.

“If it were possible to transplant a New York City loft to Westport, they would have,” says Pagliaro, who pushed the new structure further back on the property to make room for a welcoming motor court at the front, while placing the glass wall that defines the back of the building further into the landscape. “We gave them traditional wood shingles and painted white trim on the exterior, then designed clean-lined interiors that are intentionally void of any trim or moldings.” 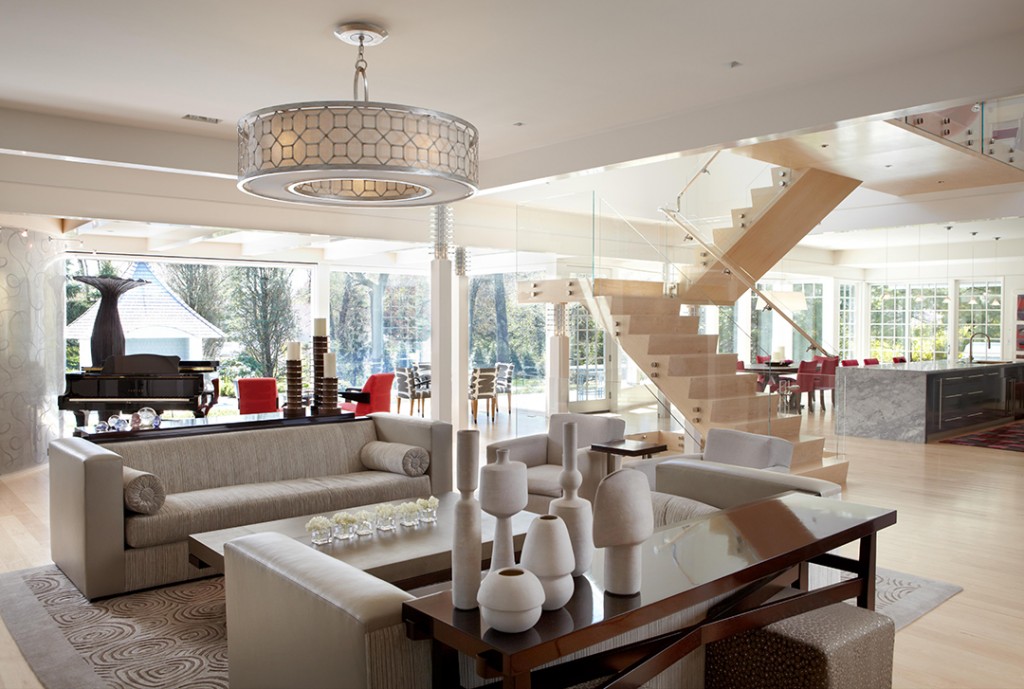 In the spirit of the loft vernacular, the living, dining, cooking and conversing areas are all contained in one open space. And true to his no-trim resolve, Pagliaro created such meticulous reveals between the dry wall and the windows and doors that moldings were unnecessary. “Historically, trimwork was used in architecture to hide imperfections,” he says. “But when you’re executing modernist architecture, there’s no way to hide mistakes, so precision is essential.”

That same level of perfection is evident in the structural columns, where the steel posts are finished with polished nickel and glass stacked in an Art Deco motif. “The capitals of traditional columns were ornate but very heavy,” he says. “We played on that idea but made them lighter on the top and actually put LEDs in them, so they could throw off beautiful prisms of light at night.” 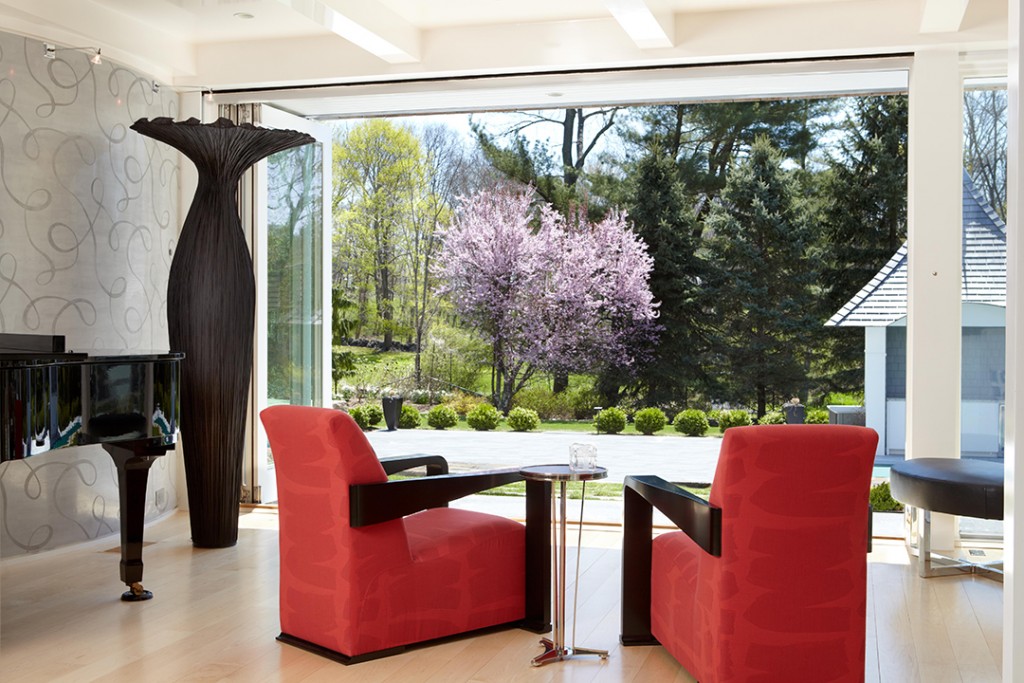 Throughout the house, light is encouraged to flow, perhaps most notably in the entry stair where the carved maple treads are contained by sheer glass panels, and on the upper-level bridge where the floor is flanked by glass walls. “We didn’t want the clutter of rails,” says Pagliaro.

When it came time for furniture and accessories, interior designer Linda Heinzelman was mindful of her client’s modernist leanings but also knew that, “they did not want to reside in a white box.” As a counterpoint, she introduced a series of feature walls to warm the spaces and give the rooms distinction. “These walls stand on their own because of the use of color, texture or pattern that run from subtle treatments to strong pops of color,” says the designer, pointing to the Venetian plaster fireplace in the living room, and natural grass cloth tinted with silver that backs the bed in the master suite. 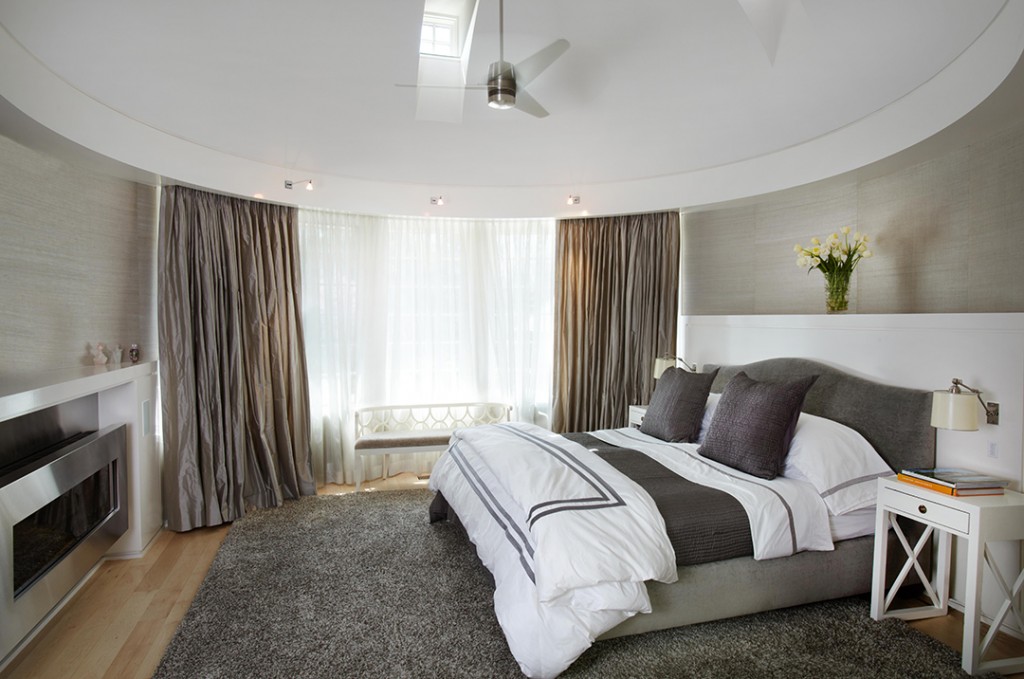 Stronger statements are evident in the chili pepper red wall that makes the main-level bar a standout. The blend of black, white and gray glass and marble fitted together behind the master bathroom tub to resemble a waterfall. “The space was in danger of becoming too sterile, so I added texture for visual interest,” Heinzelman says.

Knowing the homeowner’s proclivity for purple, the designer introduced variations on the hue for visual continuity. The dining room chairs sport velvet in shades of red, purple and pink, and in the kitchen, hot pink faux lizard barstools provide seating at one end of 17-foot-long island. “I call it a continent,” jokes the architect about the oversized piece of granite that doubles as a buffet for big events. “The designer and I agreed the stone should wrap down to the floor to resemble furniture.”

According to Heinzelman, there were many collaborative decisions, and it was thanks to such teamwork that the owner’s stated goal of a contemporary home that fits in its surroundings was more than realized. “When you drive up, it looks very much like a Connecticut house,” Heinzelman says. “It’s not until you open the door that you realize this is something really different.”