Working with Sharon architectural consultant Birch Coffey, this couple decided to build a new ‘old’ home that would include a strong sense of the Rossiter style so prevalent in the area. 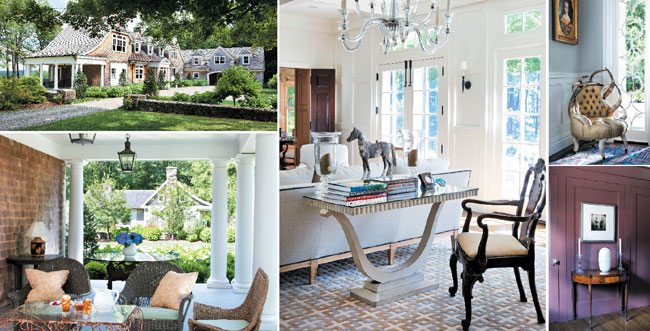 Just over 22 years ago, a busy couple that had spent several summers in the Hamptons decided to explore Litchfield County. After a trial two-month summer rental, their minds were made up. The farmhouse they had rented proved too warm in summer, but it led them to rent a second property with a pool. They returned to this glorious 40-acre hilltop property the next spring and used it as a base while searching for the perfect house to buy. But none of the properties they saw had the grace and views of their rental. After a period of negotiation, they purchased the land with its existing 2,200-square-foot, one-bedroom home, pool and poolside cottage.

Ten years later, feeling that their home lacked many of the creature comforts they desired, they began to look at homes again. After an exhaustive search, “We decided that no better property existed,” says the husband. “This one just deserved a better house on it.” 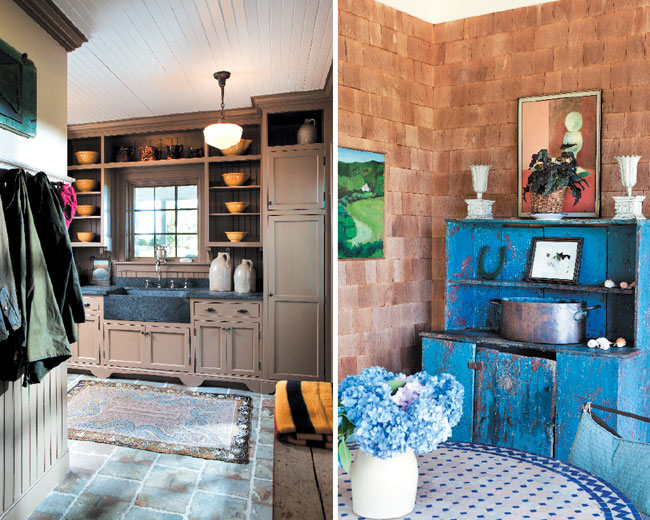 Although they considered redesigning the existing home, after consultations with architects and contractors, they decided to build a new house and demolish the existing one once the structure was inhabitable. Thus began a three-year project of designing and building a house and redesigning the surrounding landscaping. “We decided to make a new ‘old’ home,” says the wife. “One that would include a strong sense of Rossiter style, which is so prevalent in our area. Working with Sharon architectural consultant Birch Coffey, we took a lot of detail from Rossiter’s designs.”

The plan included all of the creature comforts absent in the original home, such as an attached garage, guest cottage, mudroom, house-wide sound system, luxurious bathrooms (one that has sweeping views from the tub), a full bath on the main floor adjacent to a paneled library that could double as a spare bedroom, a spacious second-floor laundry room, walk-in closets, lots of storage and several fireplaces. The kitchen would feature a center island, a dining table, and even a separate seating area with a flat-screen TV and working fireplace. The most important objective for the couple was that there be a sense of wonderful light illuminating the entire home. This was successfully achieved by the use of tall windows and glass doors on both floors. 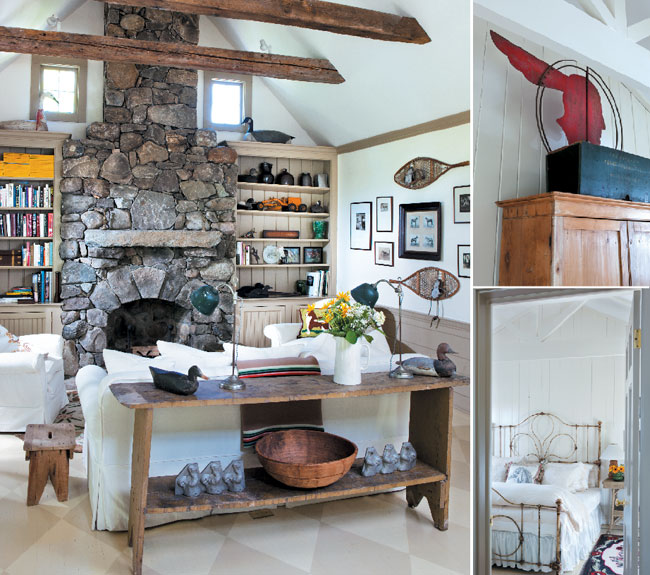 The wife had long had an interest in design. In her work as Senior Vice President, Executive Producer of television commercials for a major NYC advertising agency, she had honed her eye for detail. She had the final say on every piece of furniture, art and accessory in the home, as well as every hinge, fabric, etc. “Hardware is so important, it is like jewelry,” she says. In fact, the duo traveled as far as Maine to find the right backplates (made of oil-rubbed bronze) for some of the doors. Many of the glass doorknobs are from the 1920s, and much of the lighting and hardware is from the 1890s–1930s, in keeping with the style of the home.

Over the years, a lot has changed on this couple’s beloved property. One thing that grows in its original place is a great maple tree. In fact, before they decided to create this dream home, the couple surprised family and friends by marrying in front of the old maple in 2005.

click for a gallery view of images of this Litchfield County rental that lured two New Yorkers to make a permanent commitment!