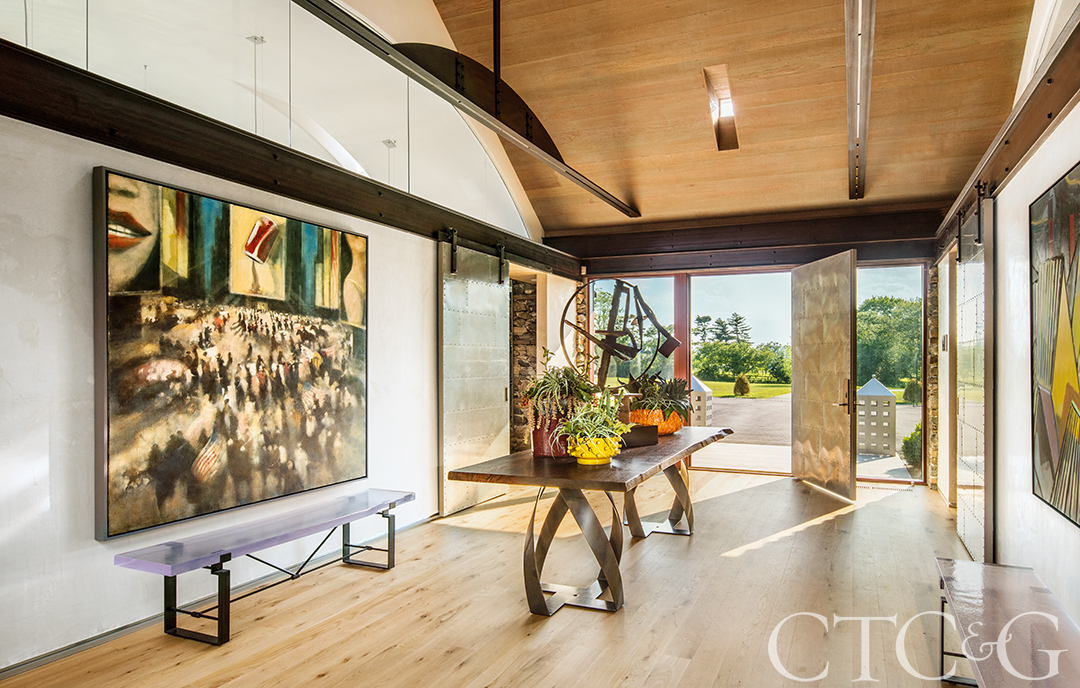 Stories like this one tend to start with a specific program. There is a certain rhythm and flow to the way residential architecture is most often produced; and hence, a certain rhythm and flow to its narratives. This house is not like that; nor is this story. There are no defined rooms; no clear sense of what’s a living room and what’s a TV room. The client wasn’t even involved during the initial consult.

“I received a phone call from a woman who couldn’t disclose who her boss was, but who had identified a house we’d done, and asked could I send more information on that house, and they’d digest it and get back to me,” recalls Norwalk-based architect Christopher Pagliaro of Pagliaro Bartels Sajda Architects. He had no idea the client would be a single gentleman with three children or that they would end up renovating an abandoned carriage house into something fun, personal and that, as Pagliaro says, “resembled New York loft living.”

It’s one thing to get loft living—open plan, exposed brick or stone, floor-to-ceiling glass—in an existing shell of an apartment building or even a long, low structure out in the country. It’s another to get it in a 90-year-old rambling structure that has a 22-inch-thick stone wall, the back of which was never intended to be seen but that Pagliaro became convinced was “a work of art” that needed to be, even more than saved, highlighted. 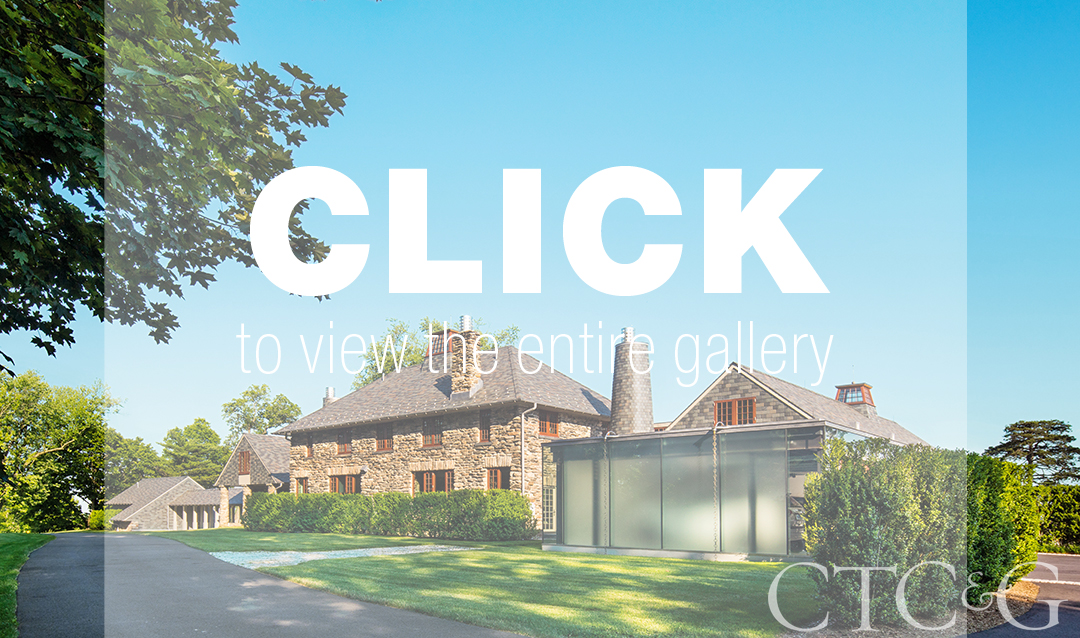 The architect made three presentations to the client. The trick? They were all basically the same design, just different sizes. Unusual for the area, the client picked the smallest. The magic, after all, was in the fun he told Pagliaro to have, and the dedication with which Pagliaro approached that singular directive. A glass fishbowl addition that makes up the southern end might be the most fun part, or it might be the challenge of fitting electric, cable, lights into a fishbowl when you’re also dealing with a nearly two-foot-thick stone wall. Or, the most fun part might be how—it’s still unclear what the program ever was. “I’m in this glass bowl,” Pagliaro says, reminiscing about his evenings testing the waters. “Is this a sitting room, a reading room, a viewing room? Is it the family room when the game’s on?”

He collaborated with interior designers Heather Moore and Arthur Dunnam, who worked together on the project when they were both at Jed Johnson Associates and have since created their own firms, to create eminently flexible spaces—and to hide the TVs. “The most amazing aspect was to witness the transformation of a traditional Connecticut horse farm into a completely modern, 21st-century living space that has a uniquely industrial feel,” Moore says. She kept her contributions deliberately neutral throughout, enlivening the space with what she calls “a brilliant burst of accent colors” in paintings, lamps or furniture like the Axel Vervoordt coffee table, made from a freeform piece of slate.

Overall, it was about establishing a language—one that Pagliaro describes as masculine, industrial, car-inspired (the kitchen is detailed with actual car paint) and consistent. “We put that flat roof Miesian modernism on top of the predictable carriage house,” he says. It’s all surprises here.

A version of this article appeared in the March 2018 issue of CTC&G (Connecticut Cottages & Gardens) with the headline: Flex Time.