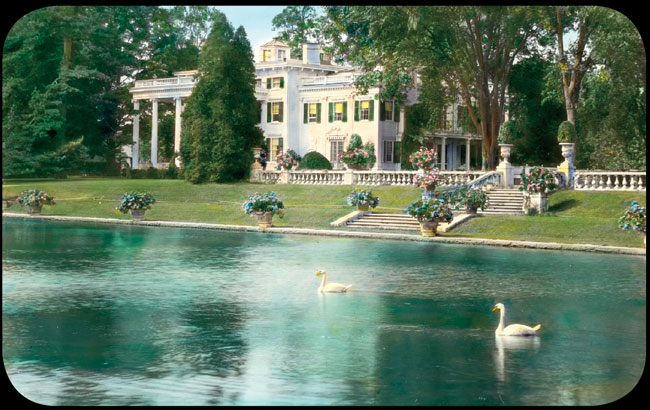 At the Library of Congress, New York– and California-based historian Sam Watters discovered a little-known treasure trove of 1,134 brilliantly hued lantern slides by garden photographer Frances Benjamin Johnston. He has collected them in his new book, Gardens for a Beautiful America, 1895–1935 (Acanthus), in which he describes the impact many historic New York gardens have had on the evolution of gardening in the United States.

NYC&G: How did you learn about the collection?
SAM WATTERS: By accident. I was looking up something on Johnston and came across a footnote saying that the Library of Congress had 600 of her glass lantern slides. I asked to see the collection, and they showed me about 20. The Library of Congress was a model of what a federal institution can be: They scanned every slide for this project, and more than 1,100 images are now online—they had no idea how many were actually in the archives. It was a fluke.

What sparked your interest in Johnston?
I wondered, Why was she taking these pictures? What was she doing with them? I think she wasn’t just saying, “Let’s make something pretty.” She was living in an era when people saw the countryside destroyed by pollution and industrialization, and she felt the need to document America’s gardens for posterity.

What made her so perceptive?
She was very alert to change; even her career was a response to shifts in the popular culture. She moved from photojournalism to portrait photography to shooting houses and gardens, and finally to antebellum Southern architecture. She made herself famous by figuring out that garden landscapes were ripe for photography, and charged as much as $100 a lecture to garden clubs across the country—a not inconsiderable sum in the early 20th century. She even understood the importance of celebrity—one of her first lectures was on gardens belonging to famous Americans.

What role did the Garden Club of America play in her career?
The GCA was founded in 1909, about the time she started concentrating on garden photography. In addition to giving lectures, she sold her slides for $10,, which is about $125 today.

Is the wonderful color in the slides truly her own?
The slides are in beautiful condition, although she didn’t do the painting. Grace Adele Smith Anderson was an unbelievably gifted artist who would tint the slides based on Johnston’s photo positives. At that time, Anderson was considered the finest painter of birds at the American Museum of Natural History, and she was very clearly directed by Johnston while painting the gardens.

Have any of these gardens survived?
Most were lost in Johnston’s day. Maybe two or three percent of the properties in the book have been restored.

What can a gardener learn from these images?
They demonstrate the tried-and-true principles of good taste and are canonical examples of gardens. If you were to design a classical revival garden, these images show the best of the best, the gold standard. Johnston and Anderson really hoped that new generations of gardeners, even those with a humble backyard garden, would learn from these images. And people during that time really believed in the power of beauty. If you showed them something beautiful, then they would want it for themselves. 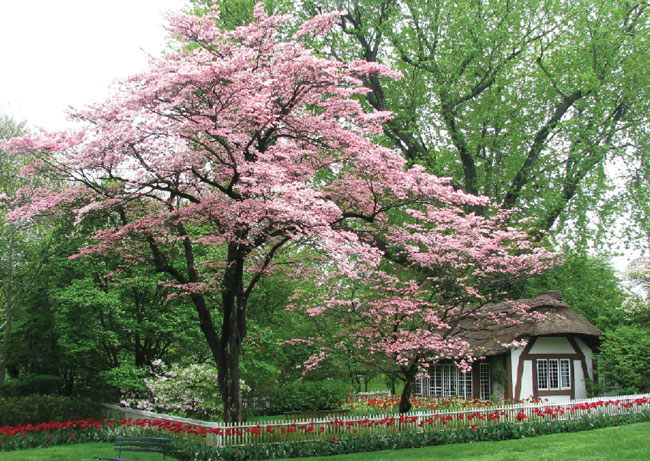 NYC&G is proud to be the exclusive media sponsor for this year’s Gardeners’ Fair fundraiser at Old Westbury Gardens (right), one of America’s most treasured landscapes, with 200 acres of tree-lined walks, lakes, and formal gardens. The May 19 event’s theme is “Rum & Rumba: A Night in Old Havana,” and longtime patrons Eduardo Canet and his wife, decorator Sherrill Canet, will be honored for their support. For more information, go to oldwestburygardens.org.