A Beach Cottage in Sag Harbor

A brand-new Hamptons guesthouse holds its own against the Village’s legendary historic treasures. 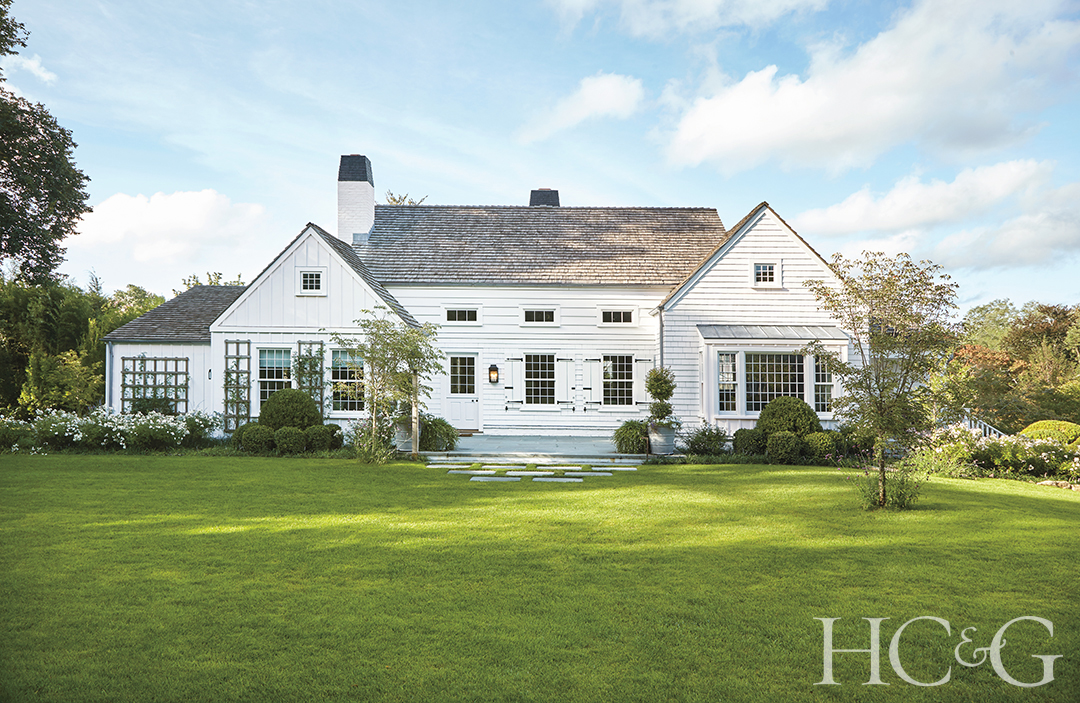 With dozens of renovations under his belt, Chris Connor knows a thing or two about houses—especially in Sag Harbor, where he owns a home and has served on the Village’s board of Historic Preservation and Architectural Review. In 2013, after a career in finance and a stint working for the Obama administration in Washington, D.C., Connor moved to Sag Harbor full-time and began serving as an owner’s rep for clients doing residential construction of their own.

One recent project proved to be extra special, as it allowed him the opportunity to revisit a property near and dear to his heart: a circa-1840 captain’s house that friends of his renovated 20 years ago. Fast forward to the home’s current owners, a couple with three young children, who acquired the parcel of land behind theirs and then recruited Connor to assemble a team that could build them a guesthouse and a larger pool on what was now a generous 1.25 acres—exceedingly rare for the Village.

Connor worked with Riverhead-based architect Dan Butler to conceive the guesthouse, a 2,400-square-foot single-story three-bedroom inspired by the beach cottages that architect Alfred A. Scheffer designed in Amagansett during the 1940s and ’50s. “The idea is that it resembles an older home that has been modernized,” says Connor. “The house has been sited on the lot to catch the light perfectly, so you can go the entire day without turning on a single switch.” 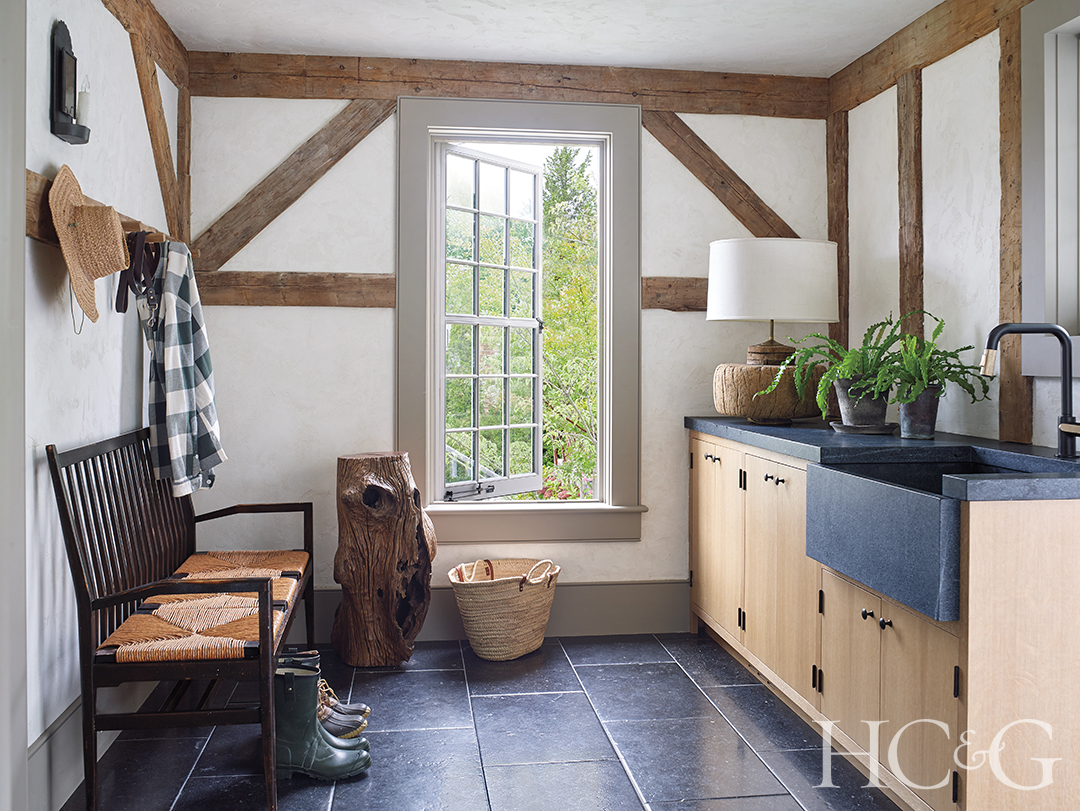 Next, Connor brought in local landscape designer Justin Terzi to create a new garden and deal with the uneven site’s drainage issues, which required a series of retaining walls, staircases, and terraces to combat the 12-foot elevation change. “The hardscaping alone took nine months,” Connor recounts. “I joked that we were building Machu Picchu.” 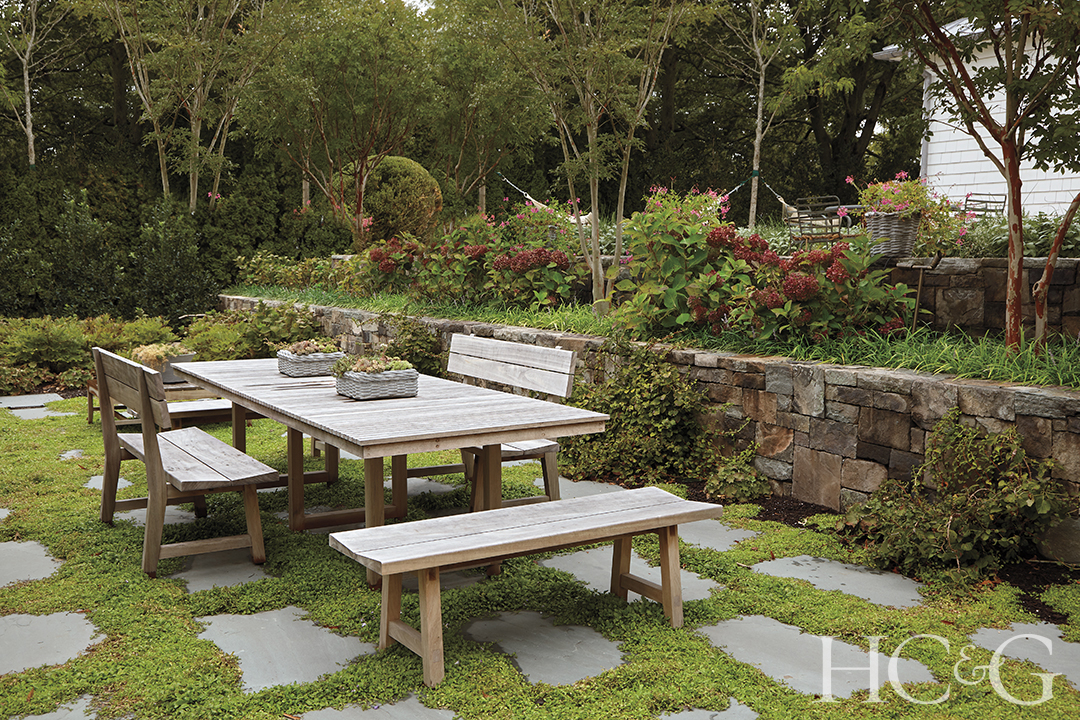 When it was time for the decor, Connor showed up with another sidekick: Manhattan-based decorator Sydney Maag, a longtime friend. “Sydney is more modern than I am,” he explains, “and the clients had asked for a space that’s easy, kid-friendly, and less formal than their main residence. If it had been left up to just me, there would be nothing but Flemish furniture!”

So comfortable is the guesthouse that the family has come to use it regularly as an extra hangout space, rather than their historic Greek Revival primary home. “They’re young, hip, and open to new ideas,” says Maag. “They didn’t want a lot of stuff, so we tried to keep the decor pared down and lean, which means that every piece has to be able to stand on its own.”

Accordingly, Connor and Maag settled on a highly edited mix of new and antique furnishings, modern lighting, and a few choice pieces that the family had in their collection. Meanwhile, fumed oak flooring, soapstone countertops, shiplap walls, and 18th- and 19th-century hemlock and pine beams imbue the place with an aura of always having been there, despite being brand new. As Maag says, “From the start, it was meant to be durable, tactile, and timeless.”

The print version of this article appeared with the headline: Sitting Pretty.