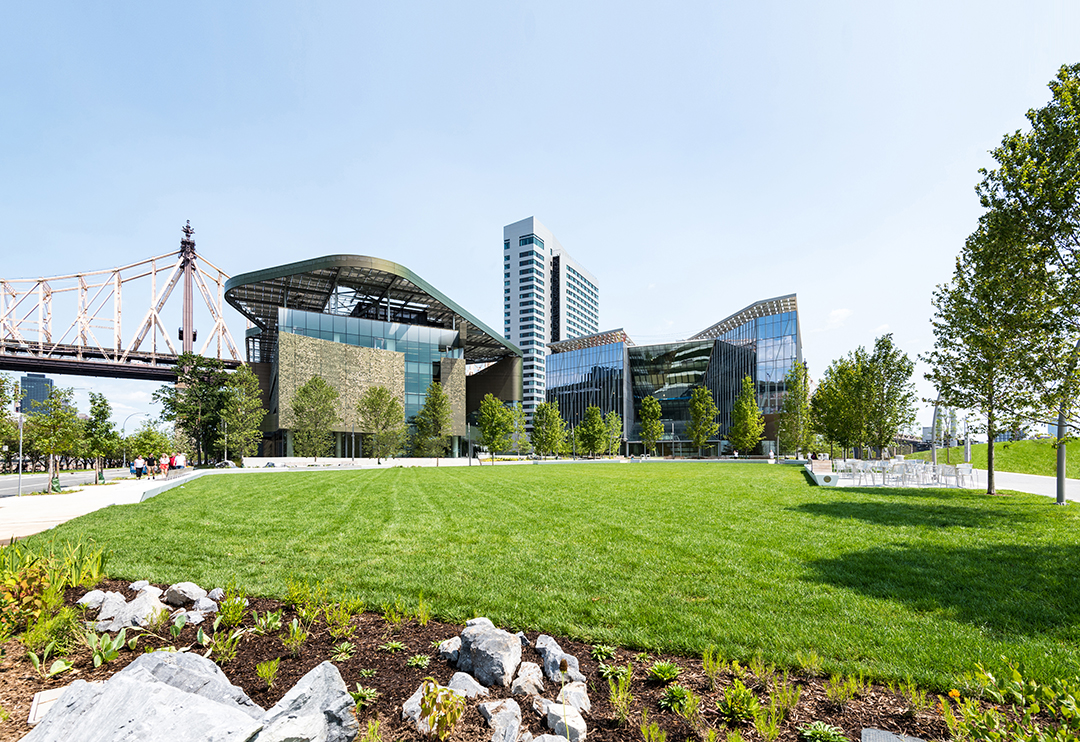 Passive House, a German-born building program overseen in this country by Passive House Institute U.S., is poised to make a big impact in New York City. Its basic tenets: promoting lower energy consumption (60 to 80 percent less than code allowances), clean air, and consistent thermal comfort regardless of season or sun orientation. Just last year, the tallest and largest Passive House in the world made its debut on Roosevelt Island, part of Cornell Tech’s new campus. Constructed for Cornell students, faculty, and staff, the 26-story, 350-unit metal-and-glass edifice provides healthful benefits such as filtered fresh air to each living space, produced through an energy-recovery ventilation system.

“Passive House could be a significant tool in combating global warming,” says Gary Handel, the president of Handel Architects, which designed the structure. “This project exemplifies how building methods can be a catalyst for positive urban and social change.” Up next: Handel’s plan for the 649-unit Sendero Verde development in Harlem, slated to be the world’s biggest Passive House catering to low-income tenants, was approved in late November. (The city’s first Passive House rental, Perch Harlem, opened last summer in Hamilton Heights.) 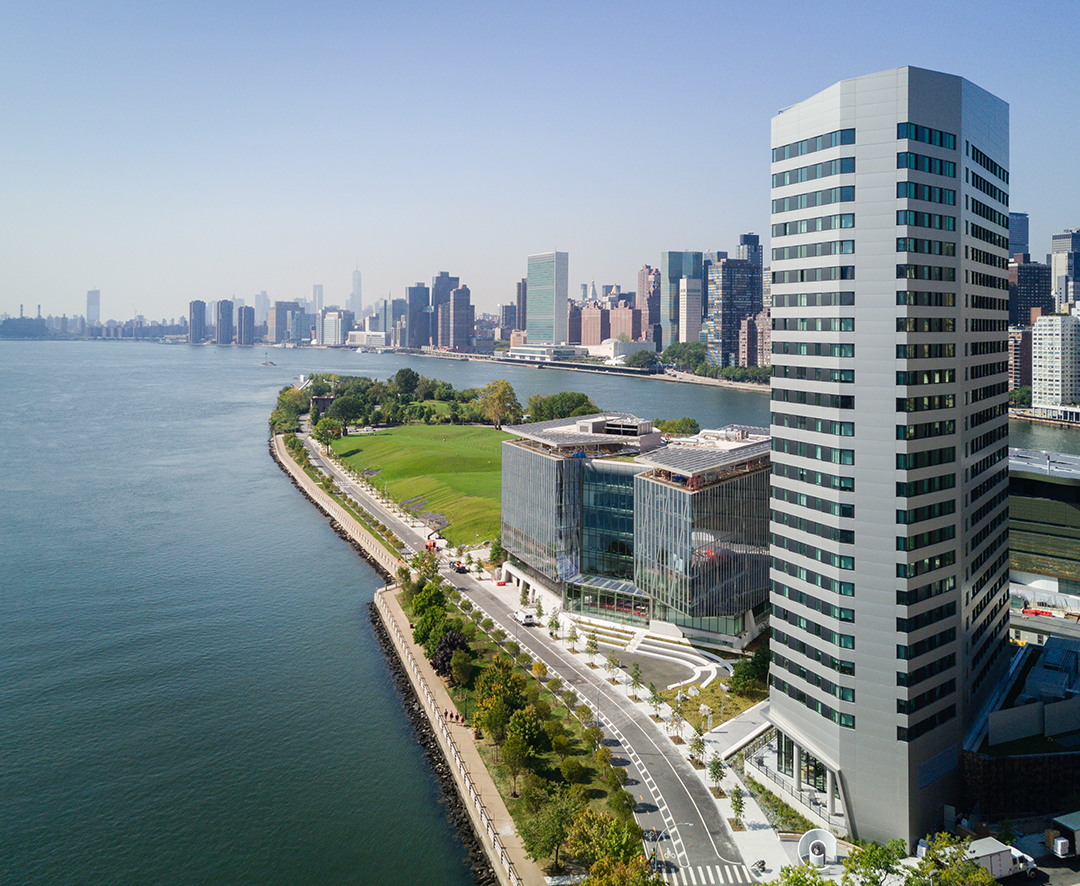 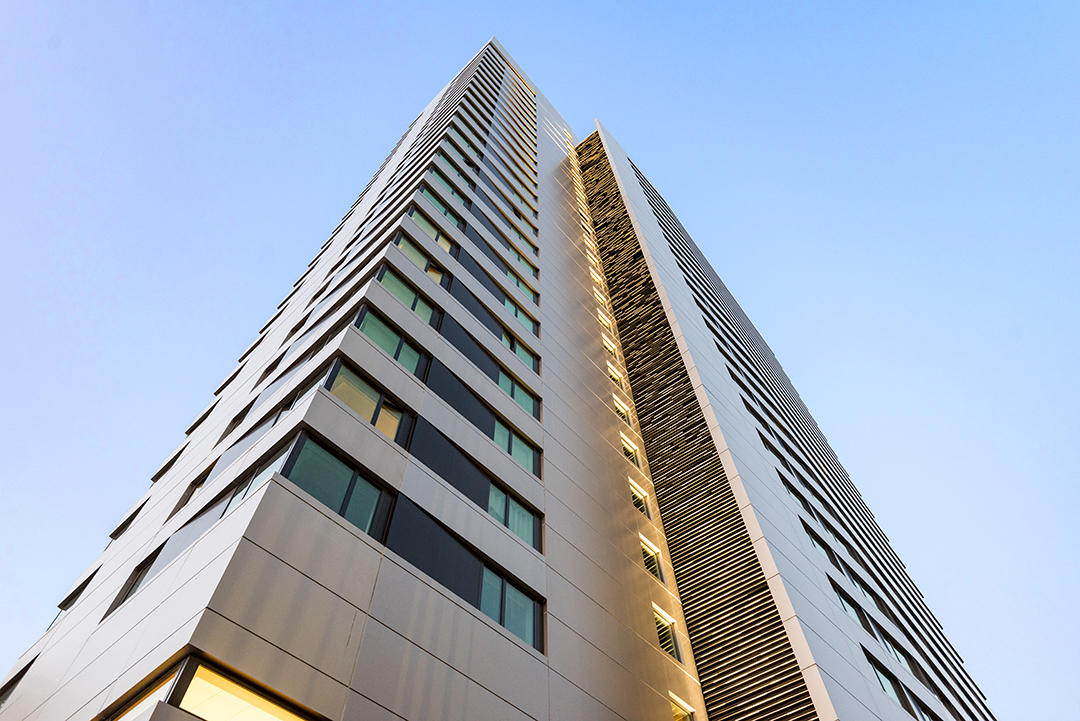 Reduced energy costs might be a bonus of Passive House construction, but efficiency doesn’t mean that you have to skimp on creature comforts. In Brooklyn’s Boerum Hill neighborhood, SBLM Architects recently completed a seven-story Passive House condo at 210 Pacific Street, whose eight sold-out units, featuring direct elevator access and appliances by Sub-Zero and Miele, garnered prices as hefty as $5.5 million. In the nearby Columbia Street Waterfront District, a 13-unit design by the firm Loadingdock5, boasting homes with marble baths and private outdoor space, saw sales figures upwards of $2.5 million when it opened in 2014. And at 138 Sackett Street, also located in Brooklyn and built in 2014, a 1,276-square-foot one-bedroom duplex condo with a garden and a finished lower level is currently on the market for $1.4 million with Virginia Dobles and Frank Lara of Brownstone Real Estate.

Because New York City has one of the most stringent energy codes in the country, argues Todd Poisson, a partner at BKSK Architects, it’s worth the effort to aim for Passive House accreditation, which requires more inspection during construction to ensure that a building’s membrane is sealed appropriately. Currently at work on a nine-story, seven-unit Passive House condo project at 466 Columbus Avenue, Poisson predicts that more new rental buildings and public facilities will also begin incorporating Passive House principles. “Passive House,” he says, “has a big future because it combines basic building science with demonstrable, sustainable benefits to users.”