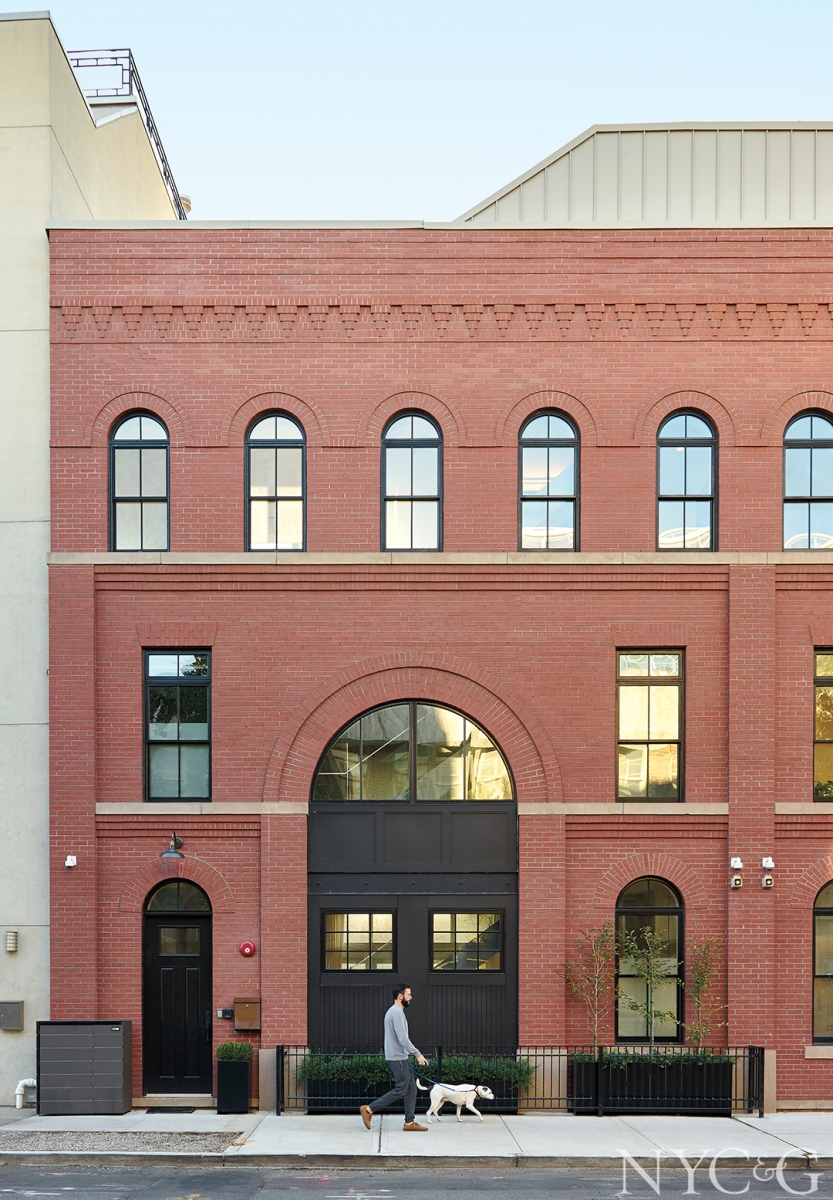 Is it possible that New York hipsters are casting aside their clunky vintage eyewear and pruning their quirky facial hair? In other words, growing up? The jury’s still out in Williamsburg, which can prove harder to quit—although there are signs of maturation. Not long ago, Brooklyn art entrepreneur Jessica Paindiris was a newlywed, having tied the knot with real-estate executive Anderson Libert. Both loved Williamsburg’s energy and creative community, so they explored the area’s brand-new cookie-cutter waterfront apartment towers with Manhattan views. But they fell instead for a low-rise neighborhood with a mix of lofts and townhouses. “We wanted something unique and liked the idea of owning a house,” Paindiris recalls. “We pretty much agree on everything.”

Developers had already razed the lone graffiti-covered warehouse on a rapidly gentrifying block in order to build 3,200-square-foot “carriage houses,” mirror-image edifices joined side by side, like Siamese twins. Tying them further together was architect Meshberg Group’s continuous brick façades, historically correct arched windows, and sunny rear windows overlooking ample backyards. Construction of the shell was well under way when the couple closed on their new digs, even though the interiors were only raw studs, plywood, and temporary stairways. A fortuitous circumstance, as they preferred a blank slate over having to undo standard-issue fittings. “We loved the idea of starting from scratch, with our own vision,” Paindiris says.

Libert had experience renovating his family’s residential investment properties, though admittedly at a more basic level. Fearlessly, the couple abandoned the developer’s scheme for Shaker cabinets, factory lights, and wooden moldings in favor of sleek museum-inspired details tailored for their growing art collection. They skipped window casings and also eschewed baseboards in favor of a shallow reveal at the base of the wall. “Anderson and I are both perfectionists, and we basically made it a lot harder to finish,” Paindiris admits. “Without Sergio, it would have been a nightmare.” 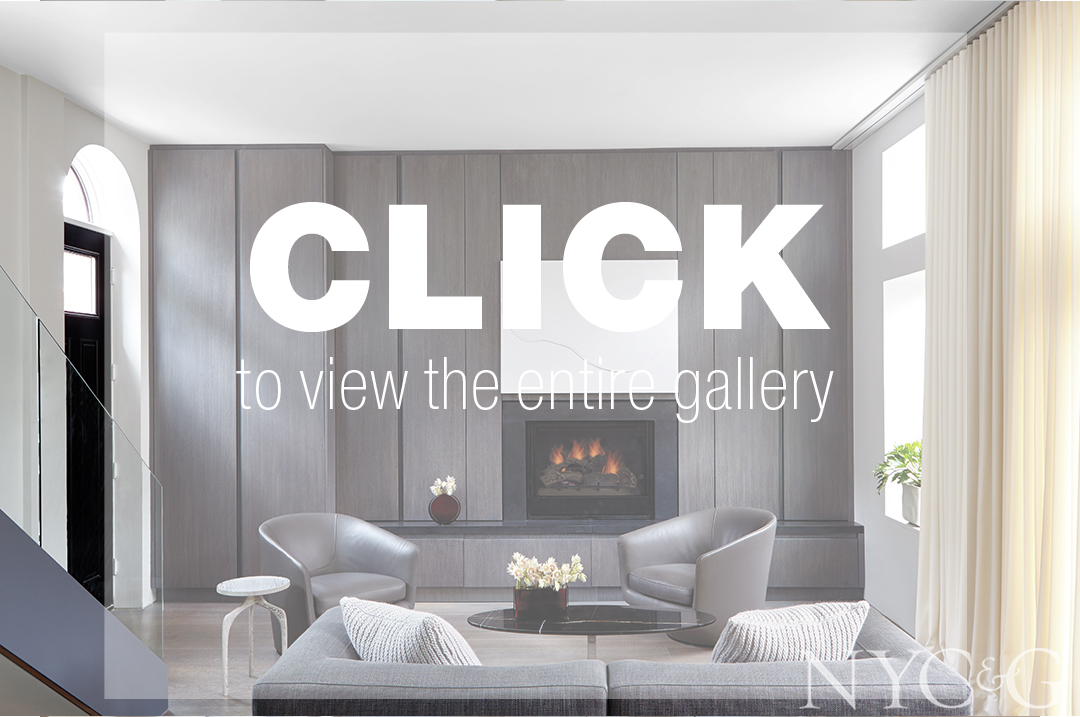 That would be their tireless interior architect, Sergio Mercado, whom Paindiris met through a mutual friend during Art Basel Miami Beach several years earlier. A protégé of interior designer Clodagh, Mercado now runs his own small firm, where he has honed a design signature that swaps Clodagh’s dun-colored troweled-plaster walls for acres of crisp white-painted Sheetrock.

The white is a nontoxic Benjamin Moore paint pragmatically chosen for easy cleaning. Floors are fumed-oak planks, except in the basement, where matching faux-bois porcelain tiles have been installed in the event of flooding. The home’s bravura architectural statement: a floating staircase with steel stringers and a plate-glass balustrade. Zipping in front of the main arched window, it offers arriving visitors a glimpse of the unbridled modernism within.

Anyone in the business knows that it takes enormous cunning to craft such perfectly simple, yet richly detailed interiors. (Mercado likes to quote his mentor Clodagh’s mantra: stealth wealth.) To keep the rooms shipshape—especially since the couple recently had twins—he added lots of closed storage, cladding the casework in the master dressing room in cerused oak. The adjoining bathroom is kitted out in luxurious, yet practical statuary-marble slabs. And the ground floor is airy, wide, and open, graced by an understated chandelier from Ralph Pucci. “It doesn’t look like much,” Mercado says with a laugh, “but it’s a $15,000 fixture!”

The finished home, the designer allows, feels more like something “you’d find in Tribeca,” which is to say that the Spartan rooms do not lack for creature comforts. Throw pillows are fluffy alpaca, and the Minotti cocktail table is black Italian marble with a burnished bronze base. But that doesn’t mean all things hip and irreverent have gone by the wayside. The dining table, for example, is topped by a sculpted marble bowl stuffed with a fringe of freeze-dried moss. It’s grown-up, durable, and cool in equal measure.

A version of this article appeared in the September 2018 issue of NYC&G (New York Cottages & Gardens) with the headline: Brooklyn Reboot.