A New York Suburban Ranch Gets a Retro Upgrade 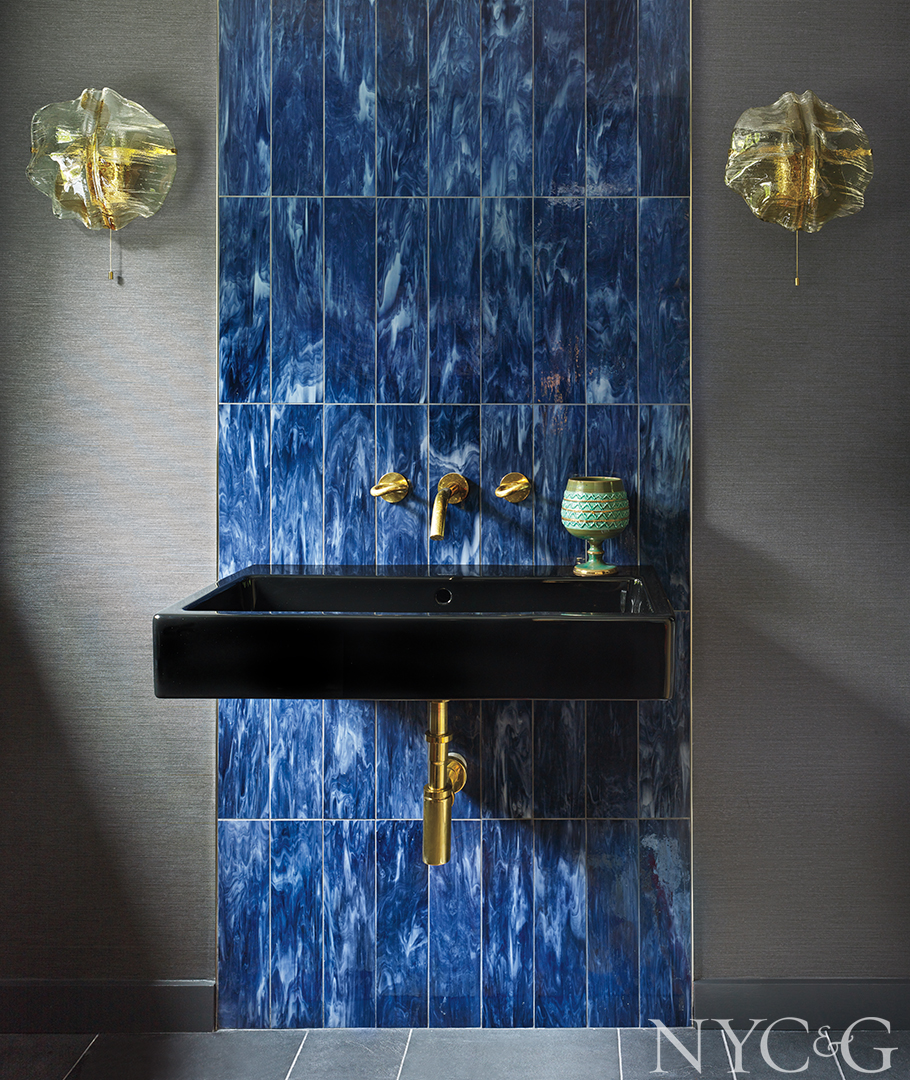 A dealer in high-end furnishings, many Italian and dating from the center of the last century, Penni Sodi skews a bit more disco than your mom’s mid-20th-century modern. “I sell mid-century furniture, but I don’t sell strictly mid-century,” she says. “I lean toward the ’60s, ’70s, and ’80s. To me, the ’50s are more retro, not necessarily as classic as the later years.”

Fittingly enough, Sodi was deeply invested in making the most of her not-much 1955 ranch in Manhasset’s verdant Plandome neighborhood. “The majority of homes in this area are more traditional—Tudors and center-hall Colonials,” she says. “But ranches can be easy-living and charming once you’re inside, even though people around here usually knock them down.”

For the most part, Sodi maintained her home’s original footprint, aside from expanding the kitchen 10 feet and bumping up and out to create four airy stories. The goal: Make it a bit bigger and more comfortable for herself and her children—a 20-year-old daughter and two teenage sons—to live in. (The house now clocks in at 4,300 square feet.) Additionally, she wanted to maximize views of the ample 1.92-acre lot, including a nearby stream and forest, so she replaced the living room’s original picture window with 18 feet of windows. “The most important thing to me is nature,” she says, “and this property is so green and filled with trees. I wanted to bring as much nature as possible into every room. It’s so calming.”

A single mom making her way in the burbs—she praises Manhasset’s “amazing schools” and “perfect commute” to New York City—Sodi didn’t start out in design. As a teen in small-town Michigan, she went to modeling school (“ . . . because what else are you going to do in Grand Haven, Michigan?”) and entered a Miss Michigan contest. “Thank goodness I didn’t win,” she recounts, “since I ended up going down quite a different path.” One of the pageant judges became her agent and whisked her off to Paris and New York to build her modeling portfolio. Some highlights of her career include shooting with a who’s who of late-20th-century photographers such as Helmut Newton, Guy Bourdin, Horst, Arthur Elgort, Robert Mapplethorpe, George Holz, Marc Hispard, and Sante D’Orazio, in addition to working for classic American fashion lines like Calvin Klein and Anne Klein II, not to mention Versace and the shopping temples Neiman Marcus, Bergdorf Goodman, and Saks Fifth Avenue. 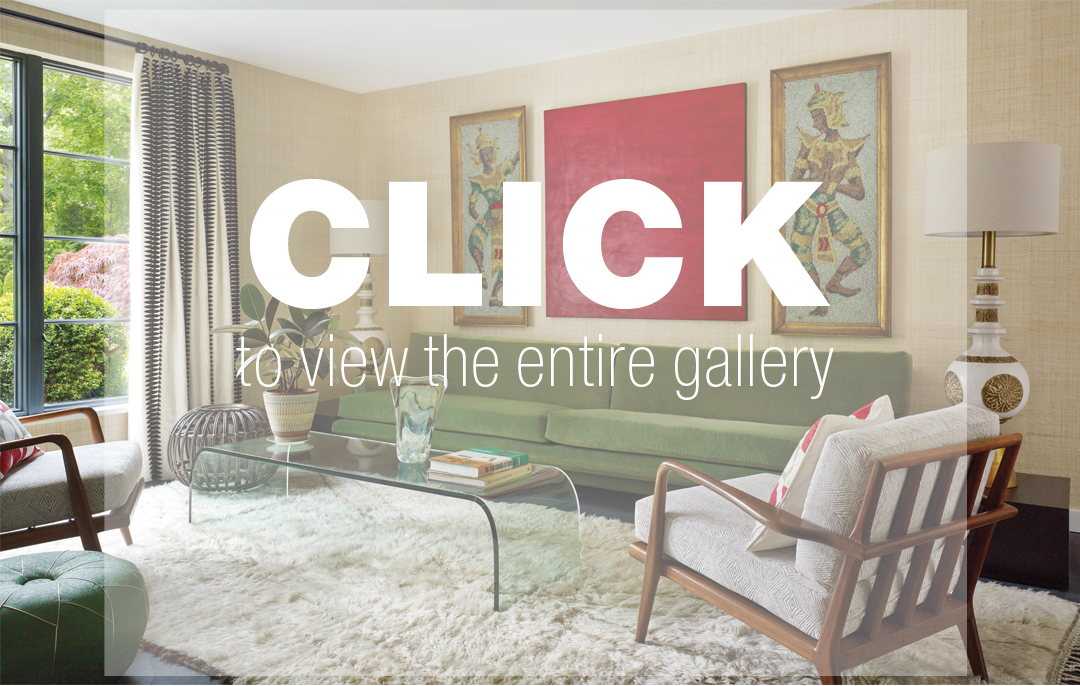 But it wasn’t all glamour. “Running from a photo shoot to make a plane back in time for another job—it’s hard work,” she says, “although I’m not lamenting anything. It was a great experience, despite the challenges. I got to see so many different countries and cities and meet so many interesting people.”

The flea markets and antiques shops of New York and Paris were a wonderful education for Sodi, who began collecting in her mid-20s. “I had a boyfriend who was a fashion designer and very into interiors,” she says, “and that’s where it began for me.” Post-modeling and post-divorce, Sodi became a furnishings dealer and now conducts business by appointment with private clients. (She keeps a showroom and warehouse in nearby New Hyde Park.) “I started from home a few years ago, on a small scale,” she says. Her first score: a 1960s Venini chandelier that she found in pieces in plastic bins at an estate sale. “I took a chance and bought it, polishing all the chrome and rehanging the crystals in my garage. It was drop-dead gorgeous. I ended up selling it to a friend who still has it in her dining room.” Today, she’s partial to furniture and accessories by George Nelson for Herman Miller, Charles and Ray Eames, Mel Smilow, Edmond Spence, Poul Cadovius, and Adrian Pearsall, not to mention anything from Murano.

So how does a dealer decide what makes the cut in her own home? Case in point: Two green nightstands in Sodi’s bedroom “have migrated with me from house to house and from room to room,” she says. “They somehow set the tone.” And certain pieces have come to define the house’s public spaces, including “the blue couch room” (the living room), “the yellow couch room” (her office), and “the green couch room” (the family room). With three adult-adjacent kids at home, she explains, “it’s nice to have several different places to hang out.” The family room sits next to a powder room featuring gorgeous blue tiles, a black sink, and sumptuous brass fittings.

The tile was pricey, so she used it as a detail, rather than cover the entire wall. “Sometimes, you don’t have to spend a fortune to get a little bit of glamour.” Not surprisingly, Sodi has a keen eye for art, too, and has consolidated her collection to works dating primarily from the 1960s. Many are abstracts by a former New York City advertising creative director named Robert van Gelderen. “I went to an estate sale and bought 30 of them,” she says. “I’ve sold a lot, but they have found their way into my home in key places. It makes me so happy to look at them.”

Asked to characterize her style, Sodi deems it “eclectic cool,” adding how she wanted her home to be a “showcase of what my business is all about.” Eschewing modern-day goods, she muses, is “almost like recycling. There are so many beautiful pieces from the past that are very well made and just a little more unique. Sometimes the best things come in and I’m like, I don’t think I can sell that yet. And that’s good . . . but also bad.”

A version of this article appeared in the September 2019 issue of NYC&G (New York Cottages & Gardens) with the headline: Suburban Chic.