A Newport Landmark Gets a Beautiful Renovation 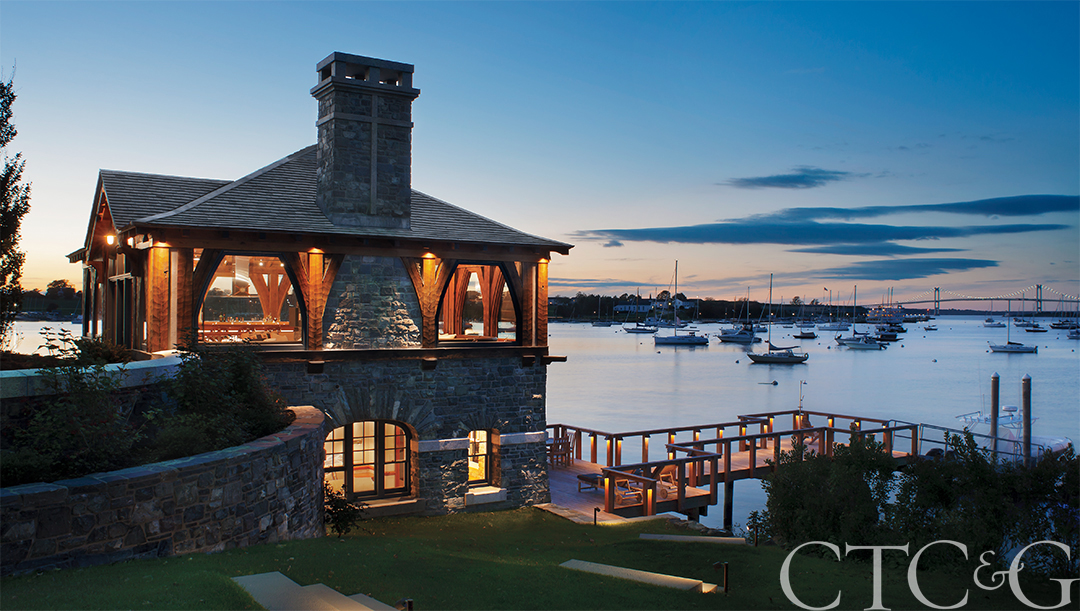 When a house earns landmark status or designation within a historic district, it is no longer an entirely personal retreat. The building becomes part of a larger narrative about how a community perceives itself and what it holds dear. When that house stands on an active waterfront, plainly visible to boaters and tourists, then homeownership becomes an even more public act. Our [Mark P. Finlay Architects] thoughtful modernization of Aloha Landing in Newport, Rhode Island, acknowledges that owning a historic house is both a privilege and a responsibility.

The namesake of Aloha Landing was the Aloha, a 218-foot-long (66.5-meter) sailing yacht designed by Clinton Crane in 1909 for Arthur Curtiss James and completed the following year. Because the ship had a large draw, in 1911 James erected his boathouse on Brenton Cove, just west of the Ralph Adams Cram–designed mansion that would become the clubhouse of the New York Yacht Club. Located on a narrow right of way at the end of a cobblestone drive, Aloha Landing also served as the deputy waterfront of Beacon Hill House, the landlocked Howells & Stokes residence that James and his wife, Harriet, occupied as their Newport cottage. 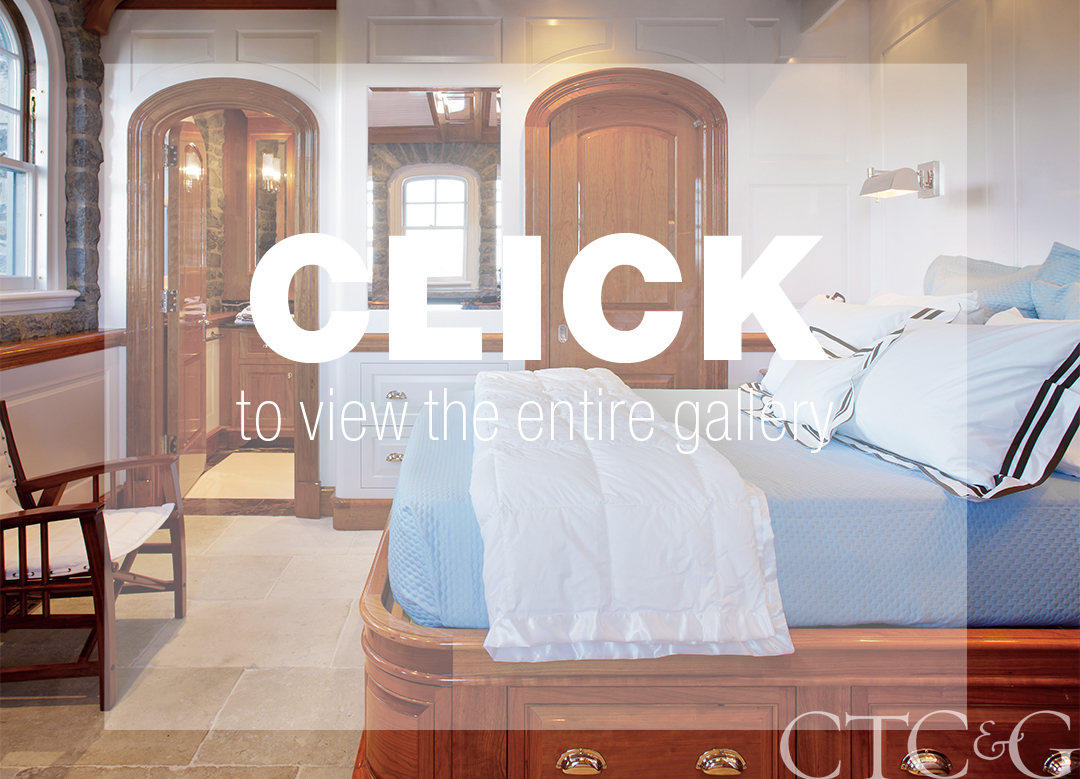 This 1,600-square-foot (149-square-meter) building was made to the Jameses’ measure. Harriet, the social director of the couple, used the half-timbered upper story to host guests or simply enjoy the view to Cram’s only local residential commission. The boathouse’s immediate proximity to anchorage allowed AC James’s 39 crew members to stock and unload the yacht quickly. And what better example of uncompromising design than the hand-cranked turntable by which the millionaire could rotate his car on the sliver of property?

While Aloha Landing was bespoke for a time and place, circumstances shifted inevitably. Shortly after Aloha Landing’s completion, the Bonniecrest estate designed by John Russell Pope began rising directly to its east. The Aloha itself was conscripted into service during World War I, and scrapped in 1938. After both Harriet and AC died in 1941, Aloha Landing changed ownership and suffered neglect and disrepair. By the time our client was introduced, the building, its slate-topped chestnut roof and oak post-and-beam framing were rotting, and concrete foundations had partially crumbled.

We salvaged what remained intact and precisely matched replacement materials. Beams were tagged by satellite tracking, for example, then removed for repair or substitution with newly purchased antique lumber. Dissecting the structure allowed us to improve on the 1909 design. Armed with deep historical research, as well as the approval of Newport’s Historic District Commission, we repositioned the stairs to the center of the house, so that any visitor can intuitively enter and descend to the dock on that same axis. In addition to improving circulation, we moved the fireplace to the east elevation—both reorienting views to the west and offering privacy from Bonniecrest, which now operates as a sprawling condominium complex.

The Jameses would likely approve of how our revisions to Aloha Landing’s interior further honor the past while navigating unavoidable change. The revitalized space emulates the famous naval architecture of Captain Nathanael G. Herreshoff, with highly varnished cherry gleaming against white millwork; an original Aloha compass is embedded within a newel post; the turntable has been motorized. Other accolades will have to suffice in the vaunted couple’s absence. Besides winning the gratitude of our forward-thinking client, Aloha Landing earned the 2013 Doris Duke Preservation Award from the Newport Restoration Foundation.

A version of this article appeared in the June 2018 issue of CTC&G (Connecticut Cottages & Gardens) with the headline: Working with Landmarks.