A nontraditional beach house suits a newfound passion for art

Designer Ali Schwarz brought these Westport interiors to life, transforming the home into a star of the 2013 Near & Far Aid House Tour. 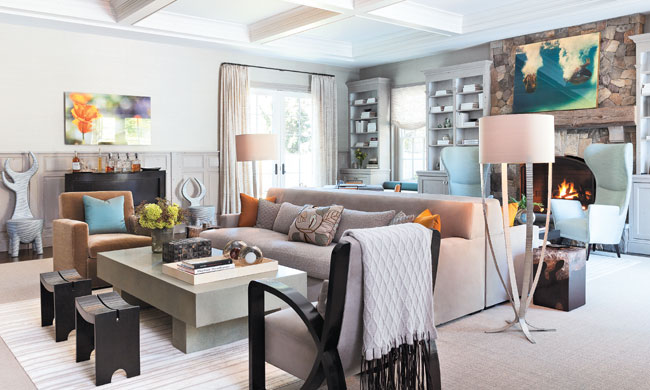 When it came time for a Weston couple to start a new chapter
in their lives, they set their sights on a spec home near the water in Westport and hired decorator Ali Schwarz to help make it their own. “Our children grew up, and we’d always wanted to live close to the beach,” notes the wife.

The couple had several goals: They wanted the interiors to reflect their affinity for nature and water, as well as their whimsical sense of humor, and to serve as a backdrop for their newfound passion for collecting art. “They really got the big picture,” says the decorator. “They knew they’d bought something that wasn’t them. They also knew they could make modifications to personalize it.” 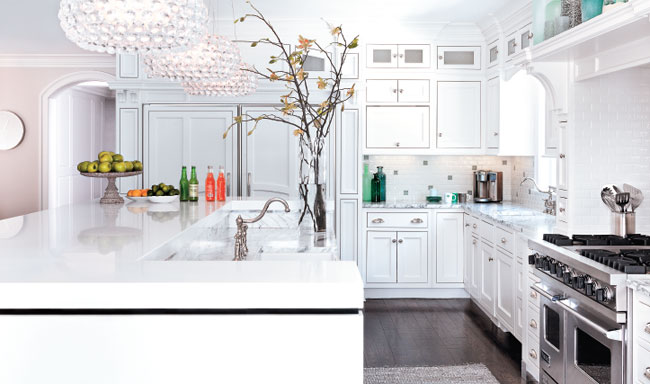 For starters, that meant stripping away a lot of the interior finishes and hardware right down to the doorknobs, then adding custom touches and details throughout. Structural changes were minimal: Schwarz closed a wall in the breakfast room to improve the flow, and turned an upstairs bedroom into a deluxe walk-in closet, accessed through the original master closet, complete with a velvet Chesterfield sofa for lounging.

In the foyer, the designer replaced the spindles on the double set of stairs and redid the fireplace mantel, which not only brightened the space but also made it feel less cramped. Next up, the dining room, where a pair of traditional corner cupboards were first to go. Schwarz added white lacquer floating shelves and covered the walls with a silk-backed, hand-painted Fromental paper with embroidered flowers. “It totally speaks to their aesthetic,” she says. “It’s refined, but fun and happy.” Less refined, perhaps, but no less happy, are the orange straw pompoms that grace the dining table, the painting of the balloon dogs over the living-room mantel, and the hand-painted white-plaster-over-iron Giacometti-style chandelier in the foyer.

For the kitchen, Schwarz introduced a modern element by replacing the original maple island with a sleeker version in white Caesarstone. In the adjacent breakfast room, which opens onto the pool, a mosaic tile floor in slate, stainless steel and glass “adds a bit of sparkle.” Decorative columns in each corner hide roller screens, which come in handy during the summer; the light aqua walls feature a hand-combed glaze that mimics the swirl of waves.

The homeowners entertain a lot, so when it came to the decor, they wanted furnishings that were user-friendly but also sophisticated, with a distinct point of view. “Things that wouldn’t look dated in five or ten years,” says the designer.

In keeping with the nature and water theme, the palette throughout is light and airy, with subtle pops of orange, aqua and purple—the wife’s favorites—in nearly every room. Schwarz designed many of the pieces, including the sofa in the breakfast room, which follows the curve of the new wall, and the tall, upholstered wingback chairs in the drawing room. 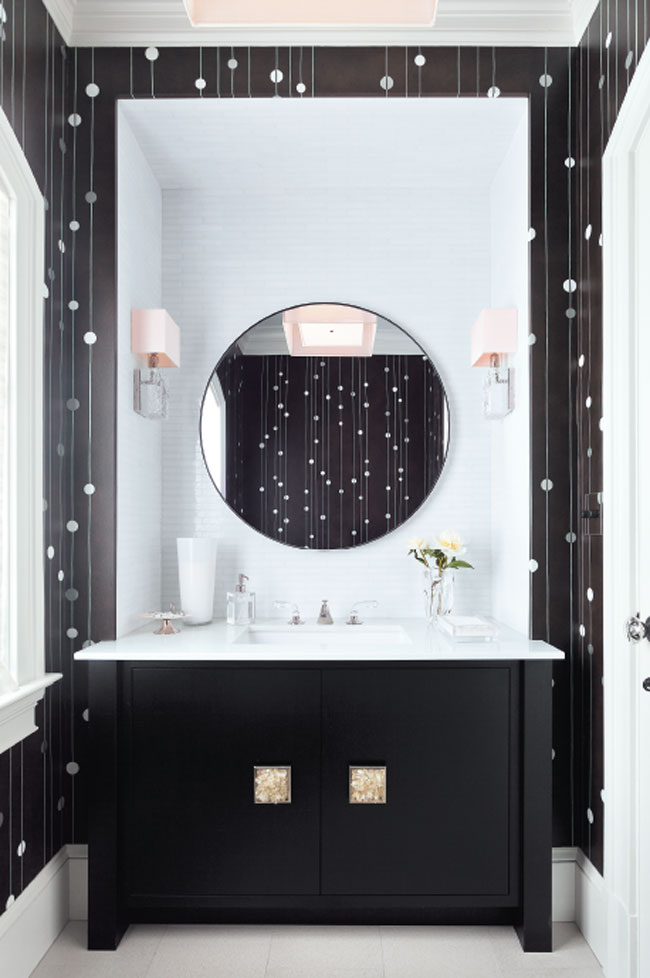 Here, in one of the biggest rooms in the house, she lightened the chestnut wall paneling and built-ins with a wash of driftwood gray, covered the walls with a Larson grass cloth, and created two separate seating areas with back-to-back suede couches. “It’s a large room, and I wanted it to have a little more of a beachy feel,” she says. “Everything has a lovely texture to it.” She points to a pair of silver-painted rope chairs that flank the Art Deco bar. Designed by a French artist, the chairs are among the homeowners’ favorites, and named Centour and Centori for their vaguely animal shapes.

Ultimately, although the Colonial’s proximity to the water is what initially attracted the couple, this is a far cry from a traditional beach house. “They had more of an interest in things that were modern and clean,” says Schwarz.