A Photographer's Historic Connecticut Farmhouse Gets a Modern Makeover 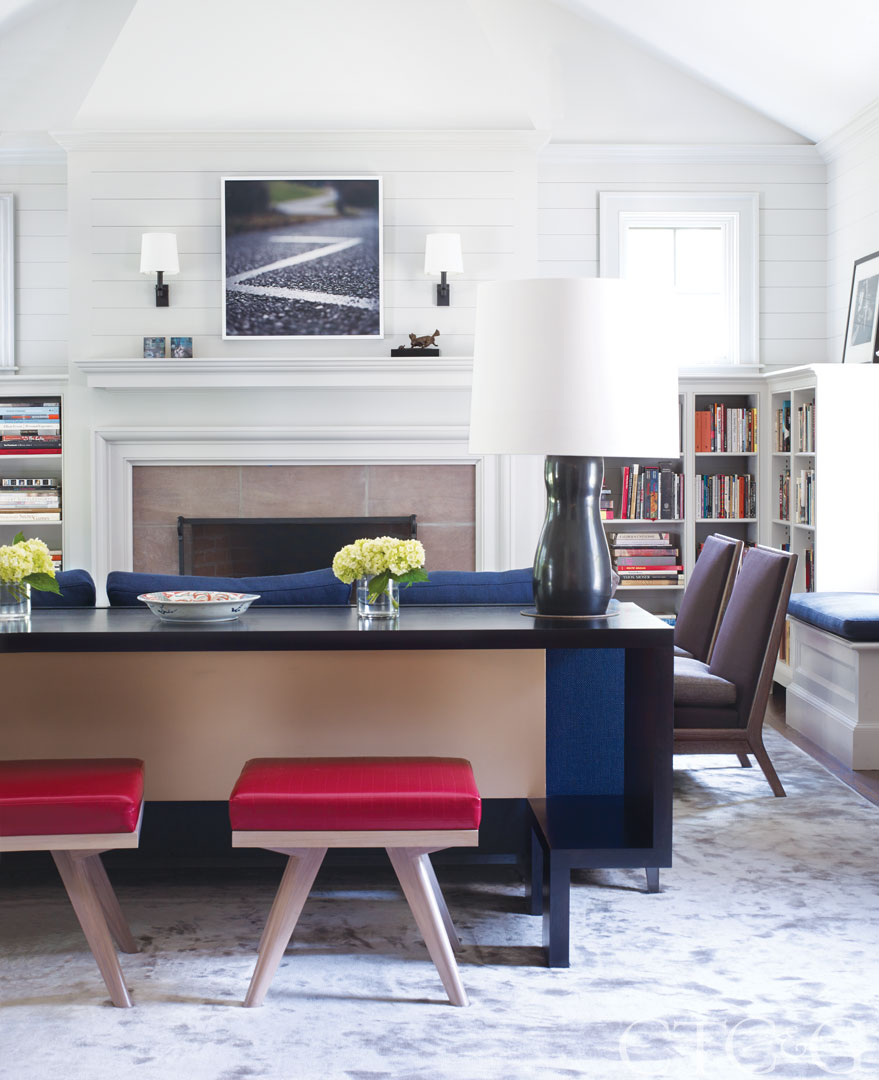 After the birth of their first child, Torrance York and Greg Walters decided to forsake city life for a more bucolic existence in Fairfield County. Although the house they purchased dates back to 1811, its historic character was hidden behind a scrum of lackluster additions and mismatched siding, while the floor plan was so convoluted that visitors had trouble finding their way around. “People would literally come into the house and get lost,” says York, an artist and photographer.

The couple hired New Haven architect David Harlan to restore order and aesthetic coherence to the home. “There were a lot of issues regarding the flow of the house and the way it worked,” Harlan says. A new front door had been added decades earlier, but the main staircase was still beside the original entry in a remote corner of the house, making it difficult to get upstairs and isolating the second-floor children’s rooms from the master bedroom below. “I lived with monitors because I couldn’t hear the kids crying from my bedroom,” York recalls.

Working with contractor Jason Pfannenbecker of Soundview Manors, Harlan expanded the second floor to incorporate a new master suite. The front door now opens into a two-story entrance hall anchored by a staircase, whose lithe balusters and supple handrail project a Shaker-like sense of grace that is echoed in the cabinetry and finishes throughout the house.

Although the homeowners were initially attracted to the vaulted living room because it reminded them of their old New York City loft, its epic proportions proved more suitable for tricycle-riding tots than intimate entertaining. Harlan replaced the vault with a lower coffered ceiling, adding instant coziness, and moved the fireplace to an outer wall, enhancing furniture placement. (An outdoor fireplace on the backside warms the adjoining terrace.) 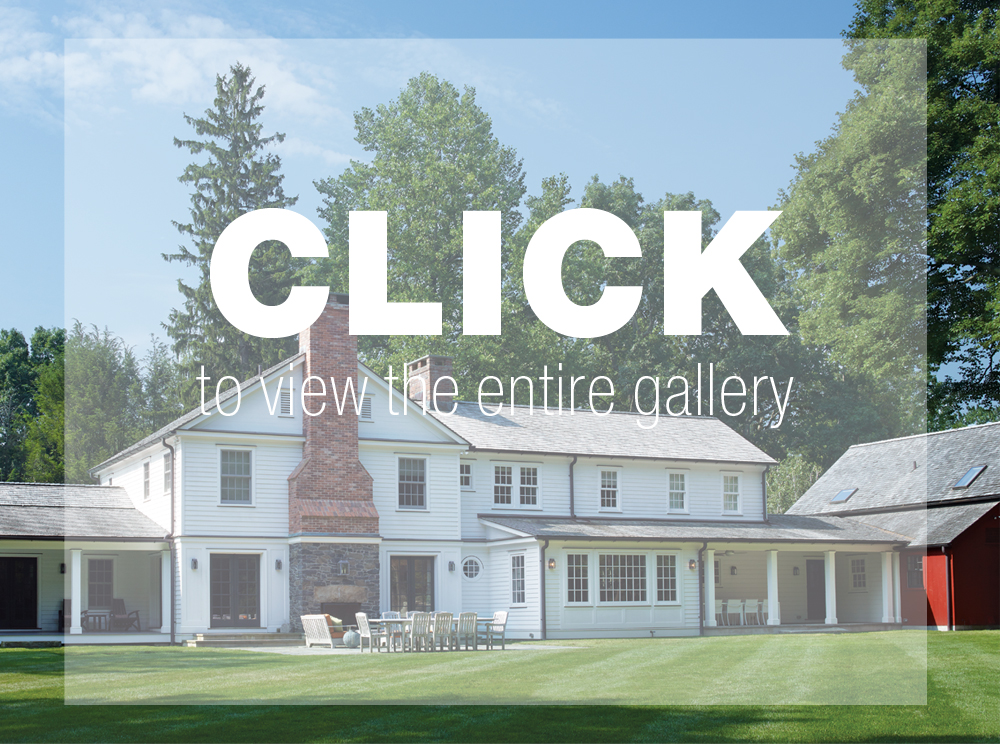 A column-lined hallway skirts one edge of the living room, linking the entry hall with a library crafted from the former master bedroom. Painted planks cover the walls, recalling the property’s humble roots as a dairy farm, while built-in bookcases frame a fireplace finished in brown stone salvaged from a Yale campus renovation. Photographs (by York and others) lean casually atop shelves filled with books favored by Walters, who works in private equity.

When they originally bought the house, the homeowners were bedeviled by the color scheme, whose panoply of Colonial hues didn’t jibe with their more contemporary sensibilities. A new palette of whites and grays unifies and modernizes the space, while also serving as a soothing backdrop for artwork.

“We wanted to allow objects and art to be the color accents,” says York, who animated the living room with a pair of burnt-orange chairs and furnished the dining room with plum seating that echoes her photograph over the mantel. A mosaic-covered bench across the room makes a fitting companion to the pixilated Ann Conrad Stewart painting above it, and offers a piquant counterpoint to the home’s traditional lines. “It made complete sense that we would have modern stuff in a place that has history,” reasons York.

The façade was given a period makeover with a new farmhouse-style entry porch that’s duplicated outside the kitchen and library, unifying the architecture and improving the home’s indoor/outdoor flow. Mismatched siding was replaced with white cedar clapboard—except on the attached garage, whose vertical siding and barn-red paint help break up the mass of the 7,200-square-foot home.

“We were very green about every choice we made,” notes York. The existing windows were replaced with more energy-efficient units, and wall cavities were filled with spray foam insulation for optimum efficiency. The homeowners used only non-VOC paints and water-based floor finishes, and installed a new geothermal heating and cooling system.

Although they ended up enlarging the house by 1,700 square feet, York says the resulting structure actually feels more intimate—and a lot more efficient. “It was really exciting to be able to make something feel right,” she says.

A version of this article appeared in the March 2017 issue of CTC&G (Connecticut Cottages & Gardens) with the headline: Life in Focus.