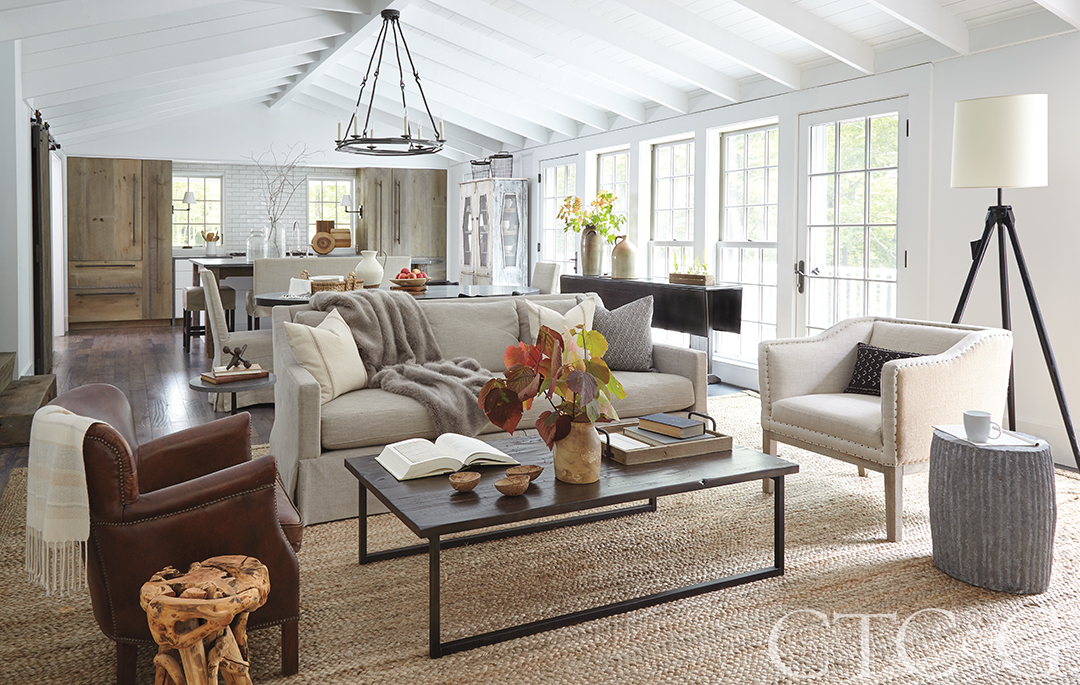 “Designing this space felt a little like doing an HGTV special,” says architect  Ken Pursley, musing about the challenge he and interior designer Bronwyn Ford faced in reimagining a Vermont retreat for a New York couple with three mostly grown children. Referencing the show’s prevalent makeover format, he continues, “Basically the question was: Could we take something mundane and make it interesting?”

But while the popular show highlights remodels, Pursley and Ford were charged with transforming the interior of a new property that in the architect’s words “wasn’t bad, just forgettable.” Located in a private residential community in the Green Mountains, the developer/builder project came with a set of standard features—a predetermined number of windows and doors and pine floors among them, but the layout of the basic elements just didn’t jibe. “The main living space had a vaulted ceiling that was asymmetrical—very ’70s modern,” recalls Pursley, who set things straight with a center beam down the middle of the open living room, dining area and kitchen before adding more beams to enhance the balance and provide a place to tuck recessed lights and speakers.

Next came rearranging the fenestration into a better format—two doors now flank the window lineup—and relocating the staircase to the middle of the room to be on axis with the windows. According to the architect, having views of the trees come into focus as people descend the steps just made sense. “Everything we did was about getting the plan right,” says Pursley, who began his career working with design superstar Bobby McAlpine whom he credits with his overall philosophy. “If you don’t get it simple and balanced to start, you won’t have anything to build on.” 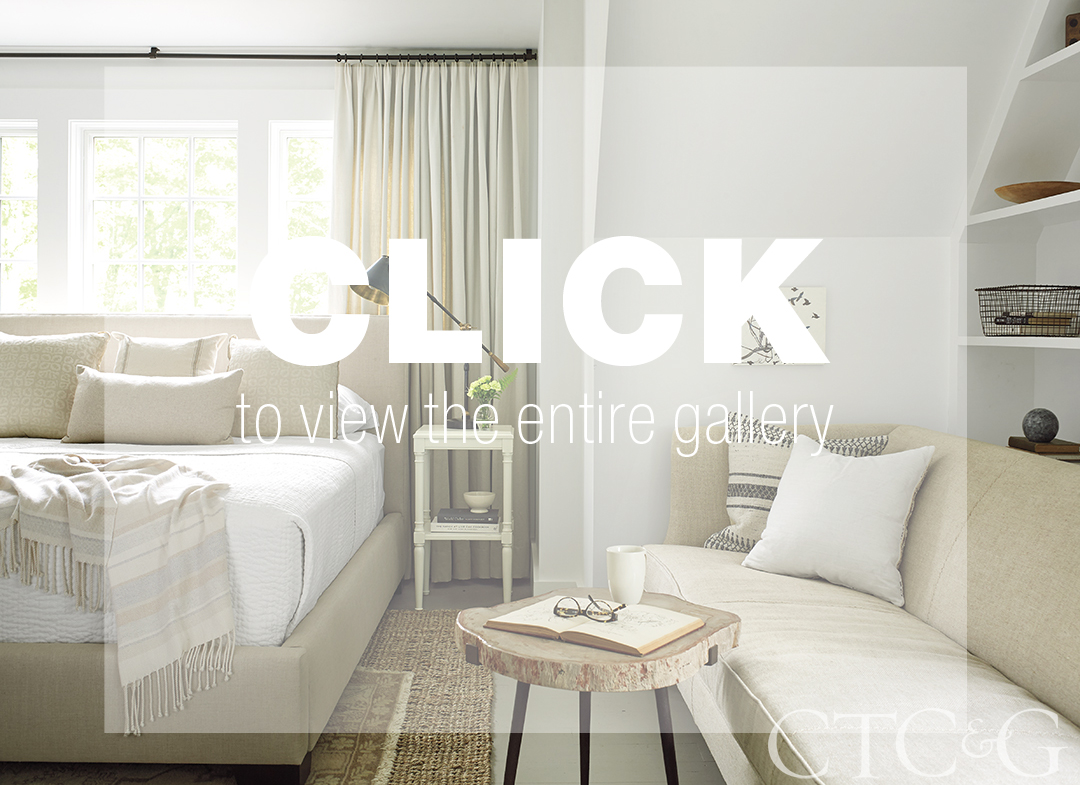 With the backdrop in place, the introduction of items like a sliding barn door to conceal a wet bar and pantry in the kitchen, and a trough sink in the lower level bunk bathroom contribute a hint of farmhouse flavor without tipping the scales. “When we met with the owners, they said they wanted their home to feel lived in, minimal and rustic, but not too rustic,” says Ford, noting the latter guided the measured use of warm wood. “There’s a bit of a cottage feel without going overboard.”

A subway-tile backsplash and white walls provide modern counterpoints, which Ford tempered with textured fabrics and rugs and neutral-toned hues. “Putty, parchment, wheat and taupe—I love layering these colors,” says the designer, noting drawings guided the furniture and accessory selections. “It wasn’t some beloved heirloom that got things going. We started like we always do, with a floor plan, and then finding the right puzzle pieces to fit.”

To her point, a velvet sofa with turned legs nestles perfectly in the entry alcove where a jute rug and split rattan light fixture follow the palette scheme. The living room linen-and-burlap sofa, hemp-and-linen armchair and an existing brown leather chair seamlessly come together around a reclaimed Douglas fir and metal coffee table. Details like the iron light fixture and barn door hardware weave a pop of black through the neutral sea.

In the dining room, upholstered linen host chairs are a welcome contrast to painted black chairs that surround the zinc table. “If there were just black chairs, it would be monotonous,” Ford says. The pale tone of the host chairs ties to the kitchen island seating, where the raised bench sports a similar linen on the back but is covered with more practical vinyl on the seat. Everything comes together around the soapstone-topped island supported by wooden legs reminiscent of a big farm table. A freestanding antique pie safe converted for storage adds to the collected look of the room.

The end result, Pursley claims, is the kind of place “we all want to be in.” “It has the simplicity and coziness of a cottage while walking the fine line of comfort and sophistication,” he explains. “We took something mundane and made it interesting.”

A version of this article appeared in the December 2018 issue of CTC&G (Connecticut Cottages & Gardens) with the headline: Go with the Snow.

This article appears in the December 2018 issue of CTC&G (Connecticut Cottages & Gardens).