A Renovated Palazzo In Italy

This Italian home is the ideal canvas for a seasoned decorator, painter, and musician. 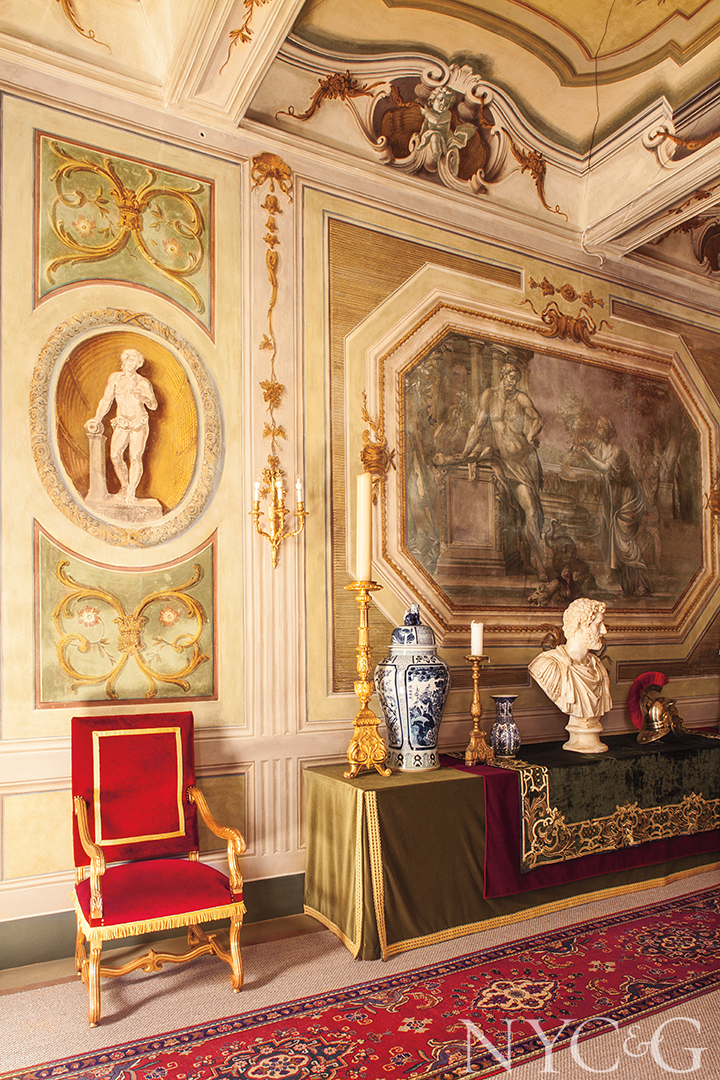 Stef-Albert Bothma didn’t set out to be a decorator. Born and raised in South Africa, he studied classical piano and won a scholarship that brought him to Seattle in the early 1990s, where he earned a PhD in music from the University of Washington. At age 30, in addition to performing, recording, composing, and teaching music, he decided to enter the world of interior design. No stranger to the visual arts, he is also a talented self-taught painter. “I don’t like to confine myself to one method of artistic expression,” he says. “I live my life as an ‘artist at large,’ working in different genres from the same impulses.”

In 1997, he founded Stef-Albert Studios, which he moved to Los Angeles in 2000 and then to New York in 2004. As his reputation as a designer grew, he began to split his time between Manhattan and Aix-en-Provence, and later fell under the spell of Lucca, a walled city in Tuscany about 25 miles from Pisa. Founded by the Etruscans, it was already two centuries old when Julius Caesar stopped by with pals Pompey and Crassus in 56 b.c.

Where else would a modern-day Renaissance man want to live but in the cradle of Western civilization itself? “It’s very peaceful here,” Bothma says of his newfound home, where he has settled nicely into an apartment in a renovated palazzo. “There are no cars, and we don’t have the masses of tourists that Rome and Florence have.” Featuring museum-quality decorative details and 13-foot-ceilings, Bothma’s magnificent 5,000-square-foot residence occupies the main floor of the palazzo, one flight up from the carriage-house entrance level, which now houses two law firms. 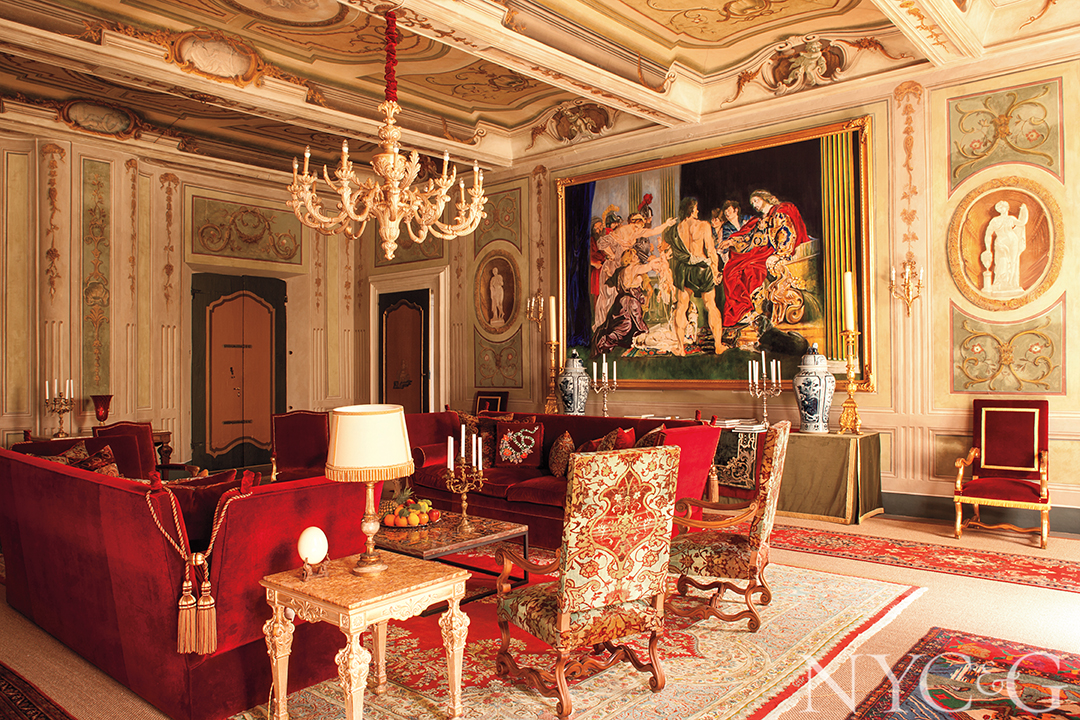 The interiors of the apartment were in remarkable shape, thanks to the previous restoration. Bothma’s biggest challenge, surprisingly enough, was the generous scale of the rooms, such as the Green Salon, as he calls the 36-by-100-foot main living space. Here, he painted an imposing canvas of the Judgment of Solomon and installed an “antique Tabriz carpet that’s 15 by 24 feet. It was the largest carpet I could find, and it’s not big enough. Most of the rooms dwarfed the furniture I had brought with me from France, so I had to have the majority of the pieces custom made.”

The white and gray dining room, which resembles Wedgwood jasperware, is almost as large as the Green Salon. “I have three different dining tables depending on the size of the guest list,” notes Bothma, who can easily seat 24. The soaring mirrors on the long walls are 18th-century “modernizations” to the house, whereas the trim Louis XV–style consoles beneath them are his own designs, bearing marble tops from nearby Carrara. The stunning chandelier is also new, made in Florence to match the style of the room. 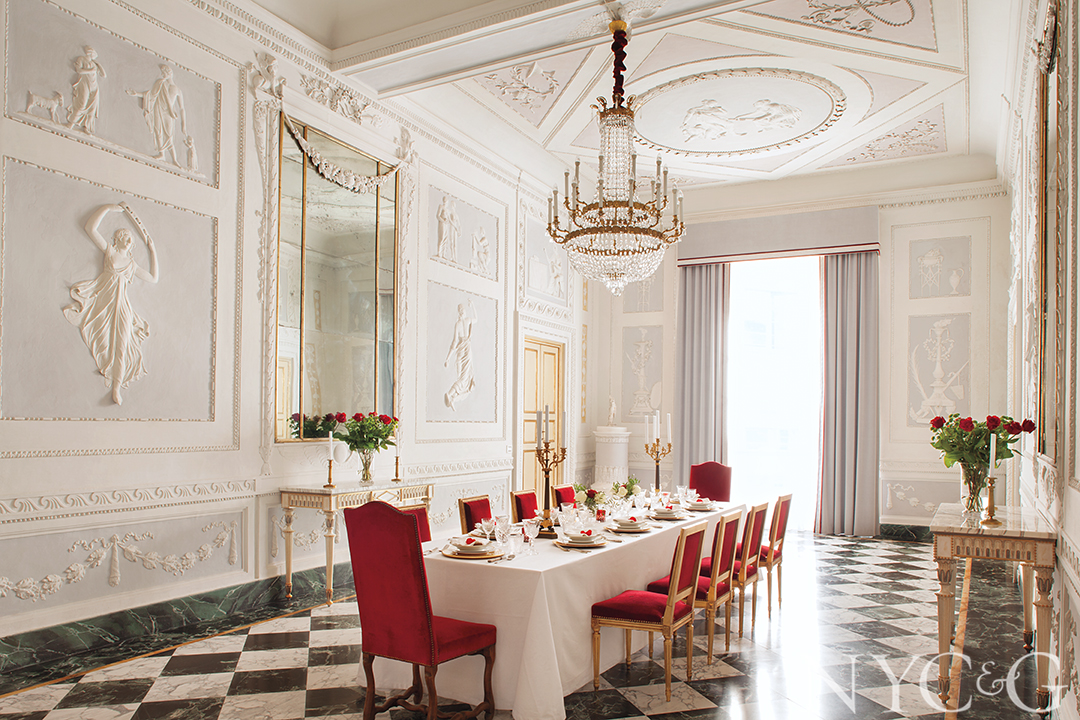 The adjoining music room, where Bothma still plays the piano, “is my favorite,” he says. “It looks out onto the Boccherini music conservatory, and when I sit there with the window open, I can hear the students playing.” Bothma tried to capture the salmon-pink stucco of the conservatory walls for the music room, but didn’t like the result, so he went with a parchment-like “caffè latte” of a neighboring church, one of Lucca’s 99 places of worship. “I’m really happy here,” the designer continues. “I’ve moved around a lot and am usually always thinking about the next place, but where else could I use all this furniture?”

A print version of this article appeared with the headline: Renaissance Man.