A Riverside Home Embraces Its Natural Surroundings with Contemporary Interiors 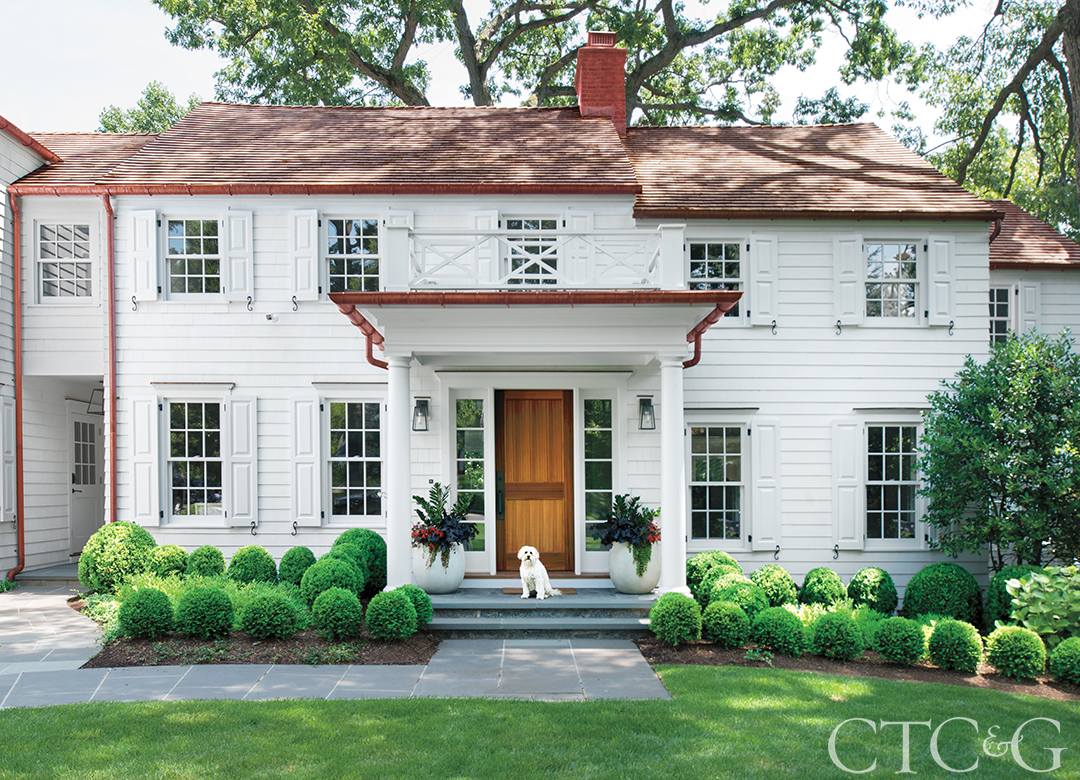 Given the elevated position that this neo-Colonial house occupies on its site in Riverside, renovating architects Susan Alisberg and Ed Parker of Alisberg Parker Architects & Interior Design and homeowner Sara Allard wanted the residence to embrace the surrounding landscape. “When deciding to go ahead with a plan to redo their existing home, Sara and her family wanted it to feel brighter, airier, loftier, and to have a direct, ongoing relationship between the inside and the outside,” says Alisberg.

Allard wanted the renovation to include an abundance of windows and access to newly configured outdoor spaces. “I grew up in New York City,” Allard says, “and I have not stopped appreciating the countryside and the nature that surrounds me here. I wanted lots more glass in the house so that I could keep seeing it! And as a graphic designer who spends every day with lots of colors and prints and brand identities, I love the idea of coming home to neutral palettes.”

Although Alisberg and Parker gutted the house, they were intent on preserving its traditional presence in the neighborhood. The street façade remains virtually unchanged, save for a new portico designed by the architects. Wherever they could, Alisberg and Parker fostered a sense of height and a melding of inside and out. They designed a folding glass wall in the dining room, so that the room’s table assumes the identity of a buffet surface when the family of five hosts people on the deck. In keeping with this design ethos, they fashioned a raised deck off the master bedroom, edging it with a minimally articulated steel railing. “We created that railing to be simple, so that from the bed, no views would be blocked by supports,” says Alisberg. 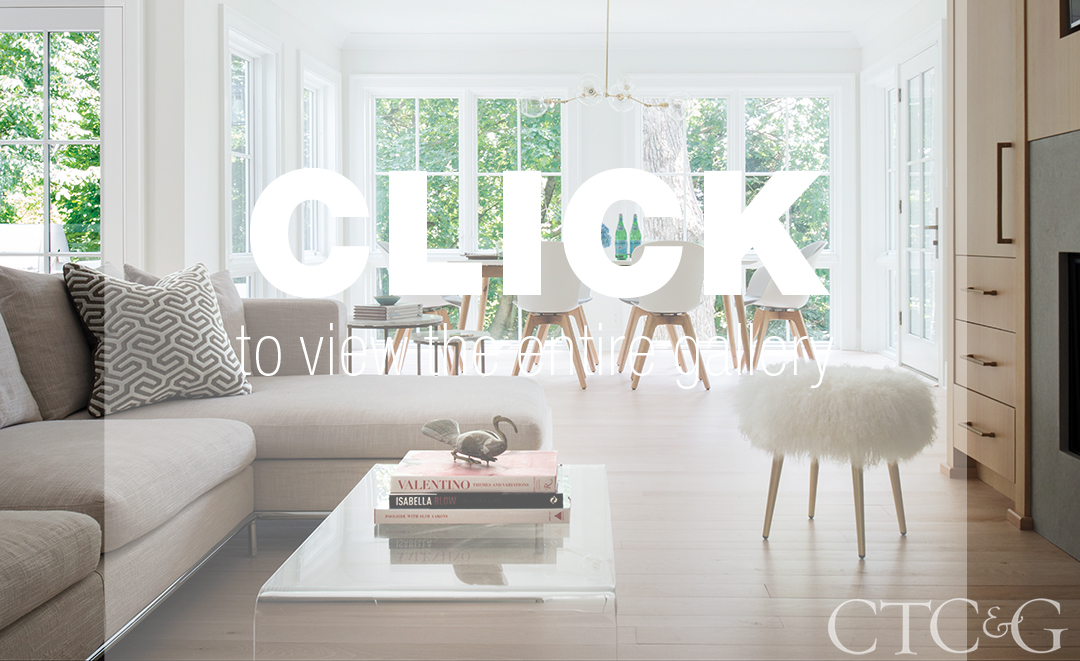 Among the more ingenious architectural tricks is one that involves using a mirrored, faux transom between the master bedroom and an adjacent cozy sitting area defined by a fireplace. “The ceiling in that area is lower than in the bedroom, so we created the effect of it being just as tall by announcing the space, in effect, with what appears to be a transom,” explains Alisberg. And as for the fireplace in that new space, it, too, was raised so that its flames could be viewed from the bed. Another intriguing trick was played in the dining room. One of the beams on the ceiling is structural, while the others are decorative. “We mimicked that single supporting one to create a visual order to the room,” says Alisberg.

Everything throughout the reconfigured home was lightened, both with the use of natural light and with appropriate materials. Oak flooring was laid throughout, and a new kitchen island, designed by the architects, appears to float in the space.

For Allard, who served as her own interior designer, a favorite space in the home is the mudroom. At a mere 12 feet by 12 feet, it functions as a kind of home within a home, with a refrigerator, built-in desk and closets, and drawers for shoes. “I’m super neat, and that space stays super neat because of the way it’s designed,” notes Allard.

Given the fact she and her husband have three young children and a labradoodle, Annie, Allard’s goal was to create comfort everywhere. “None of the furnishings I chose were custom,” she stresses, “everything is meant to be comfortable, useable and not fancy. When people are here, I never want to have to worry about anything happening. This is a lived-in house.” What was once a traditional home within a traditional neighborhood, is now one with interiors that feel decidedly contemporary and young.

A version of this article appeared in the March 2019 issue of CTC&G (Connecticut Cottages & Gardens) with the headline: Contemporary at Heart.