A Roundup of America's Most Iconic Architectural Styles

November is the month to celebrate our nation’s bounty. So for this issue, we’ve rounded up homes that represent America’s most iconic architectural styles, from the classic Colonial to the massive shingle-style manses that have enjoyed pride of place along our state’s coastline for more than a century. And if some of the designs are carpetbaggers from across the pond (we’re looking at you, Tudor Revivals) that’s part of—even at the heart of —America’s rich architectural heritage as well. And for that we are grateful. 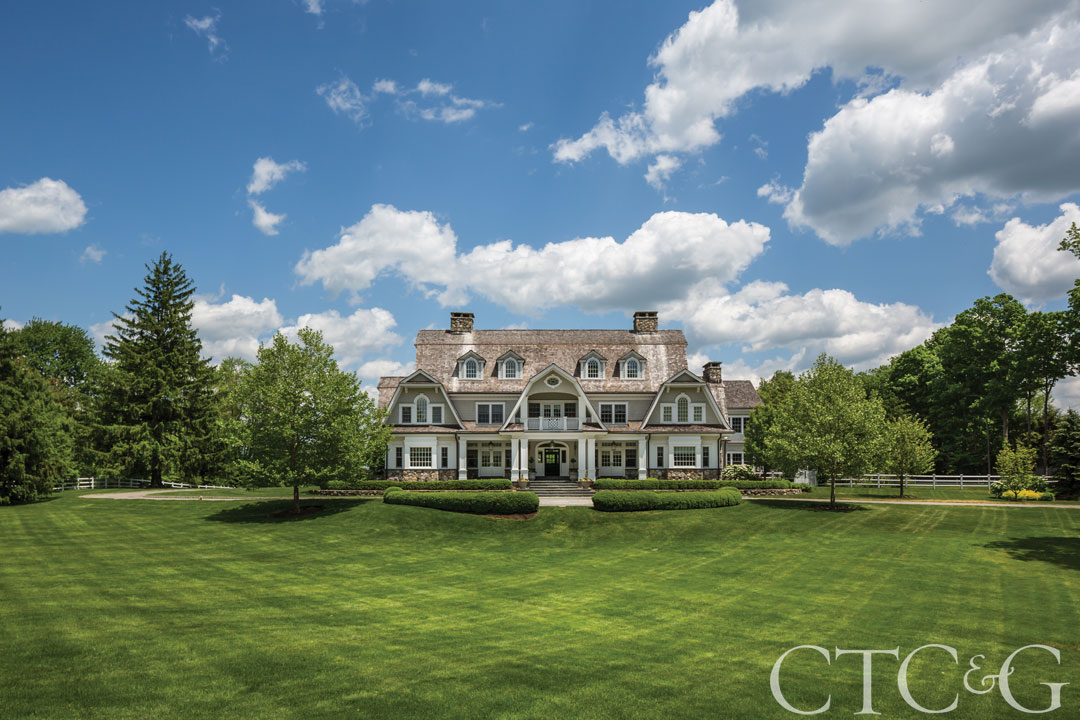 Shingle All The Way
Stone-and-shingle estates first took root on New England’s rocky shoreline, built as summer “cottages” for the affluent class. Called the “architecture of the American summer,” the style featured wide porches to catch sea breezes and lofty rooms that stayed cool on hot days but, with their boulder foundations, also proved sturdy enough to withstand harsh winters—one of the reasons they remain appealing to this day. New Canaan has its share of shingle-style homes, and one of the best examples is a circa-2005 manse listed for $8.9 million. The flow of the rooms is fabulous, with the kitchen connecting to a cozy, wood-paneled family room, which opens onto a large covered porch with a fireplace, grilling station, pool and pool spa. The lower level is designed for family fun as well, offering a billiard room, home theater, exercise room and sauna. In all, there are seven ensuite bedrooms, including a luxe master suite. Leslie Razook of William Pitt Sotheby’s International Realty in New Canaan has the listing. 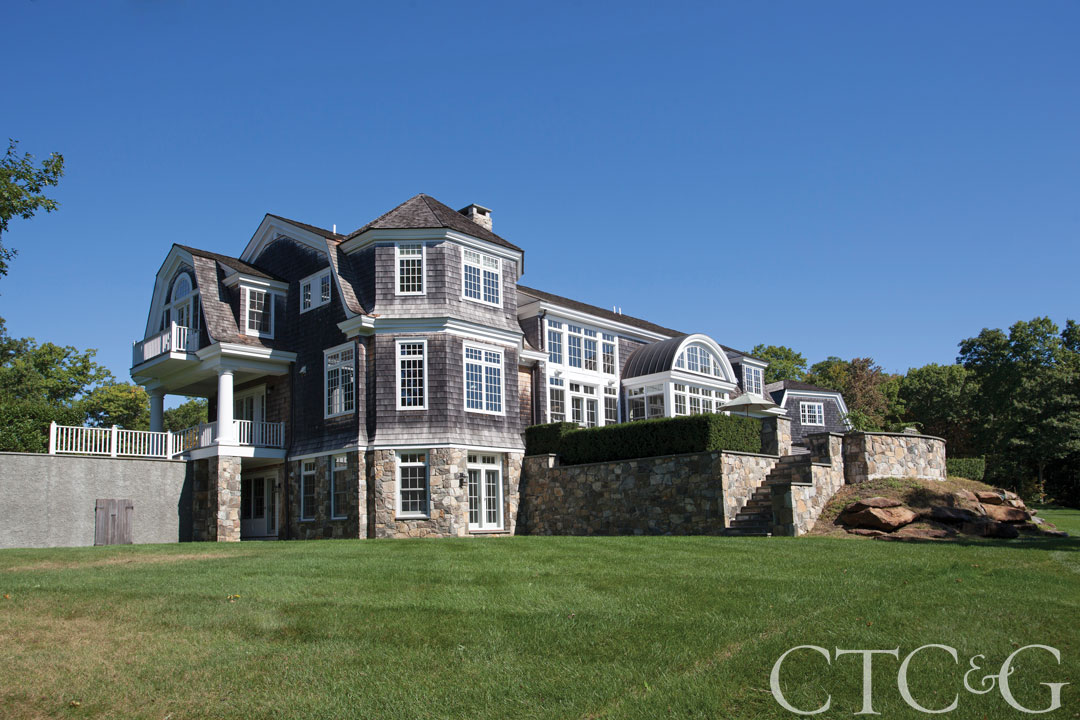 Along North Spectacle Lake in Kent, architect Peter Talbot designed an especially appealing shingle-style home, now listed for $6.9 million. Modern amenities include its geothermal heating/cooling system, a lower-level home theater and a capacious master suite, with his-and-her dressing rooms, soaking tub and steam shower. But it also boasts classic details throughout its 8,000 square feet: a mahogany-paneled library with a turret, a great room with a massive fireplace, plus generous porches and decks overlooking the 72-acre grounds. A private dock and 700 feet of waterfront plus a fieldstone fire pit and boat storage shed complete the picture. It’s listed with Ira Goldspiel of William Pitt Sotheby’s International Realty. 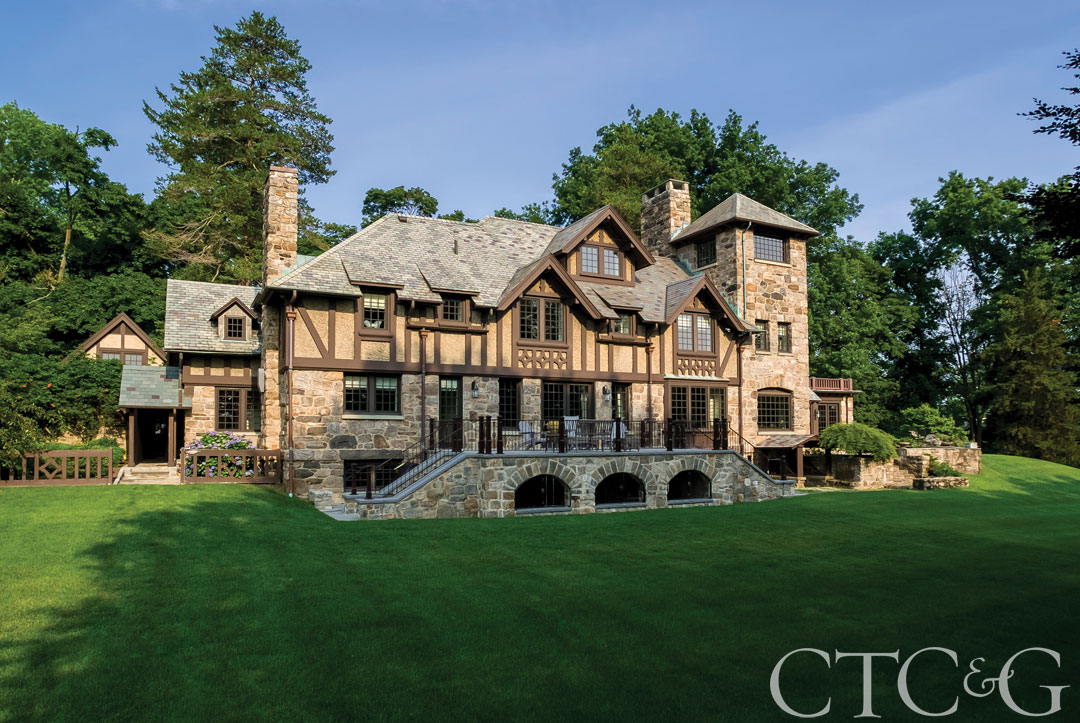 The American Tudor
Nothing evokes England more immediately than the word Tudor—whether describing a dynasty, a mini-series or an architectural style. In America, the homes are properly called Tudor Revivals (and by the Brits, a tad disparagingly, Mock Tudors) and feature an adaptation of the style with their half-timber and gabled construction. In Greenwich is one of the most handsome Tudors we’ve seen—excluding Jonathan Rhys Meyers as King Henry VIII, that is—now listed for $6,745,000. Story goes that its current owner bought it as an “impulse purchase” five years ago, gutted the 6,760-square-foot interiors, then painstakingly brought back to life the elaborately carved beams, paneling and other woodwork, paned windows and stone walls. Originally built in 1922, the home also features a turret, a master suite with two fireplaces, a media room and a lower-level game room and wine cellar. Gideon Fountain of Houlihan Lawrence has the listing. 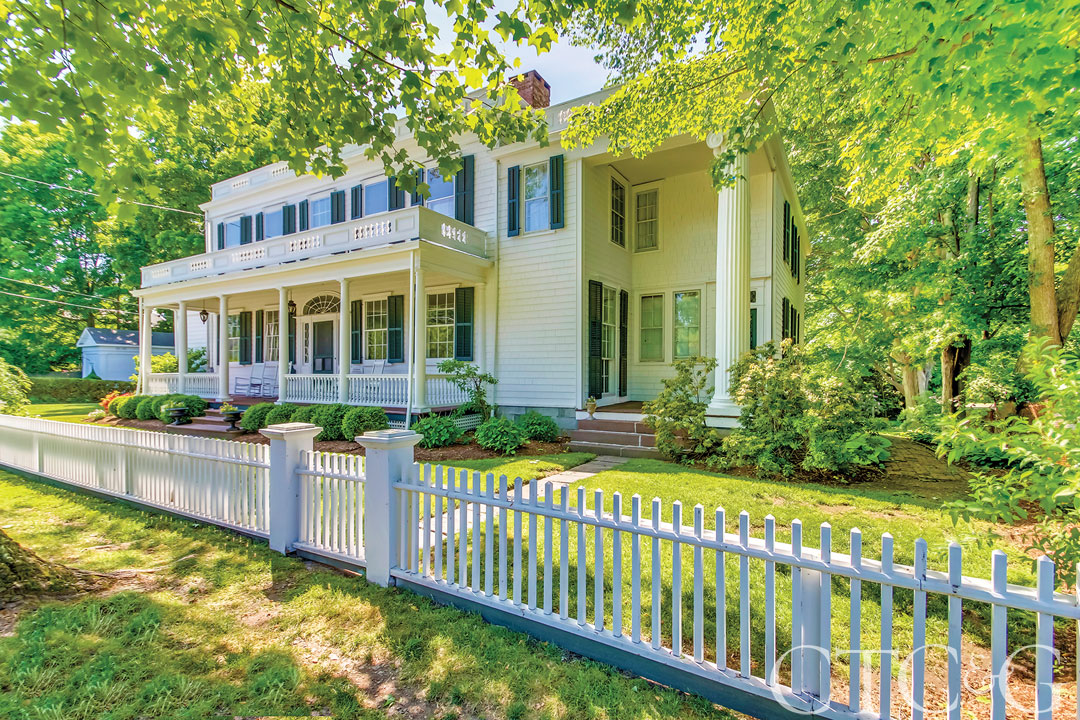 The Classic Colonial
Along gracious Old Post Road in Fairfield, there’s a landmarked home called the Sherman Parsonage, built by a judge and his wife in 1816, then bequeathed to the First Congregational Church. Frank Child, another owner, wrote a children’s book about the place called The House With Sixty Closets, and while that looks to be something of an exaggeration—the listing claims just 40—there’s no overstating the charm of the place. The facade presents as a quintessential Connecticut Colonial with its stately columns, double-decker porches and white picket fence enclosing the .58-acre lot. Inside the nearly 5,000-square-foot home, there are restored details such as archways, oval windows, fireplaces (nine in all) and nine-foot ceilings, along with five bedrooms and four bathrooms. Michelle Genovese of Michelle & Company affiliated with William Raveis has the $1,495,000 listing. 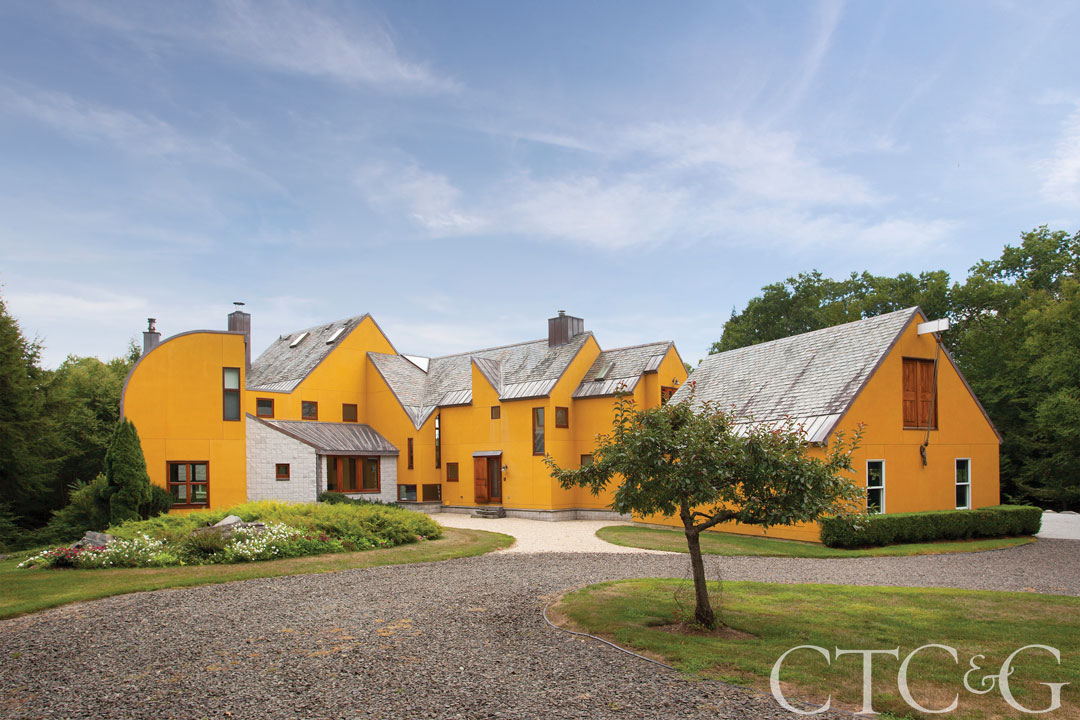 Farmers Market
Our state has its share of working farms on the market, which come complete with cows and crops. But the more common listings are farm-style properties of a gentler sort—for gentleman/woman farmers who like their land with a side order of luxe. That describes a 64-acre spread in New Milford, newly listed for $1,350,000. The main house celebrates the American barn with its silo-style turret, sliding doors and loft-like master suite, accessed via a catwalk. But the building materials transcend the humble motif, including cherry flooring, mahogany woodwork, bluestone terraces, plus slate and copper roofing. We’re especially fond of the dining room, built with window walls in its own shed-like wing, and the kitchen, with its freestanding Vermont Castings wood stove. Maria Taylor and Graham Klemm, both of Klemm Real Estate, share the listing. 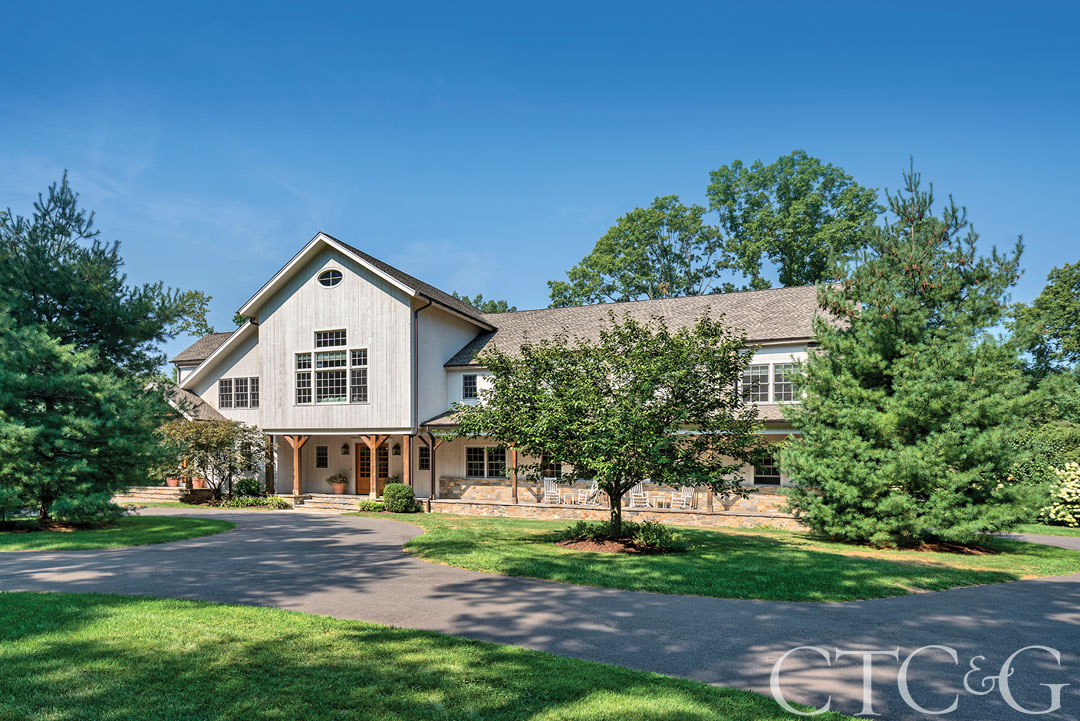 In the oh-so-gentlemanly Greenfield Hill neighborhood of Fairfield is another barn-inspired home called the Merwin House, just listed for $2,599,000. Featuring post-and-beam construction, the wow factor found in the 9,120-square-foot main house is the two-story great room, clad in chestnut paneling that was reclaimed from an antique barn and centered on a double-height stone fireplace with a hearth big enough to park a tractor in, or very nearly. The pool cabana, too, features exposed beams and barn styling, as does the barn-red garage. It lists with Joni Usdan of Coldwell Banker.

A version of this article appeared in the November 2015 issue of Connecticut Cottages & Gardens with the headline: Fall Classics.