What happens when you go to the opposite pole to make your own wine? 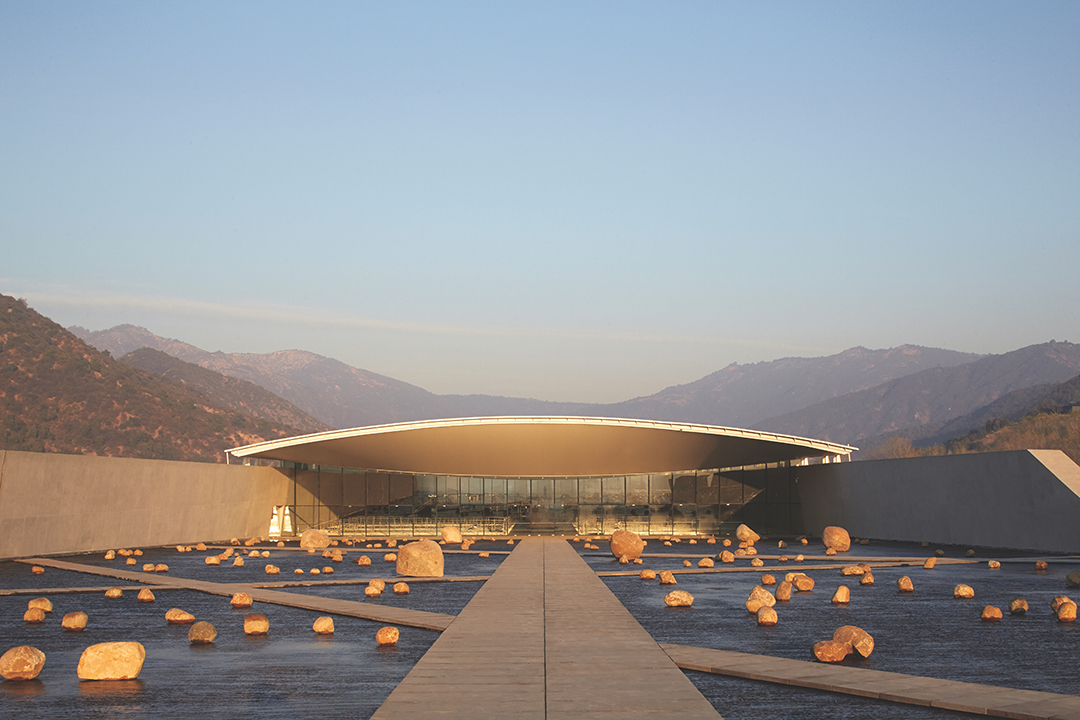 Lots of people aspire to be wine barons, but few ever put out vintages that become world-renowned. Billionaire entrepreneur Alexander Vik, a Norwegian raised in Sweden who runs five luxury hotels in Uruguay and Chile, became obsessed with wine after a visit to Bordeaux in the 1990s. “I was training for triathlons and marathons,” he says, “and stayed at Château Pichon Longueville. There were famous wineries next door to unknown ones, and I started thinking about terroir and how soil and even slightly different sun exposure can make a huge impact.”

Thirteen years ago, he decided to put 11,000 acres in Chile’s remote Millahue Valley to the test. After conducting 6,000 soil analyses to match red grape varieties and clonal selections, he began to transform the mountainous property into prime vineyards. Last year, Viña Vik’s Milla Cala, a heady blend of five varietals, was ranked number 22 on the Wine Spectator’s Top 100 list of best wines in the world. 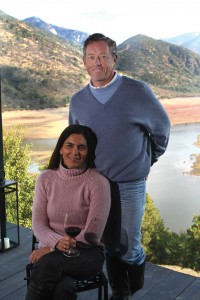 Alexander Vik and his wife in Chile

“The land has a wind tunnel running from the Pacific Ocean to the Andes, which cools the grapes and gives them a longer hang time to develop complexity,” Vik says. “Our viticulture is in very small parcels, with literally 75 different Cabernet Sauvignons planted, along with our four other red varieties.” Vik’s Chilean winemaker, Cristian Vallejo, who has worked at major estates in Europe, vinifies each parcel separately, then creates the blend from the best plots. “Our goal,” Vik adds, “is to marry the strengths of the New World—the fruitiness, freshness, and body—with the fragrance, precision, and balance of the Old World.”

This stylistic marriage is evident in Viña Vik’s three nuanced reds: the flagship VIK, with layered dark fruit and velvety tannins; La Piu Belle, a majority Cabernet Sauvignon and Carménère blend that Vik describes as “voluptuous, like a beautiful woman”; and the aforementioned Milla Cala, which is “linear and lean, like a skinny man.” The labels are produced in Vik’s “lyrical, sustainable, and visually stunning” winery, designed by Chilean architect Smiljan Radic. Built mostly underground, it features only a white sail for a roof, made from a transparent stretched fabric that lets in light while keeping the space cool.

Next up for the Norwegian who went to a faraway corner near the opposite pole to make his own wine? Vintages aged in amphorae made from clay dug on the land, and barrels produced with wood from the surrounding Andean forest. For Vik, it’s all about taking terroir to the extreme.