A Shelter Island Artisan Sticks to Her Knitting 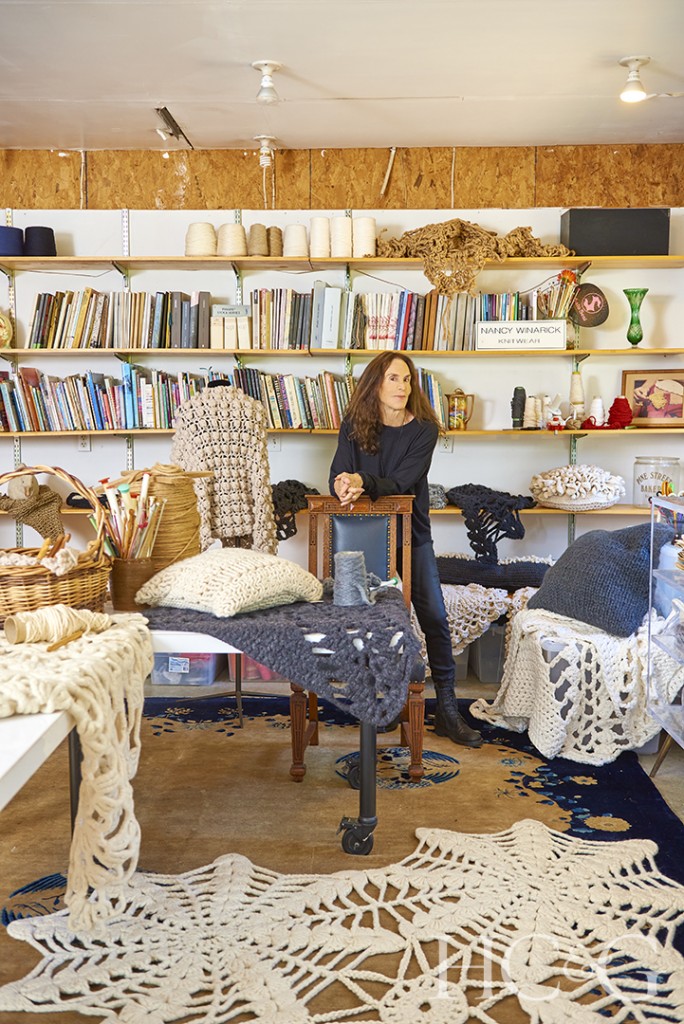 Although she learned to knit as a child and pursued fiber arts for decades, Nancy Winarick didn’t start knitting and crocheting rugs until she realized that she needed a place to wipe her sandy feet. Her chunky, almost sculptural floor coverings turned out to be the perfect antidote to a small problem at her oceanfront home in Mexico, where the Shelter Island resident spends half the year.

“You just don’t want to be tracking sand into your bed,” says Winarick. Once she got rolling, “kept making more and more rugs. It has turned into an amazing creative outlet.” Not only has Winarick’s craft evolved into a new vocation, but it also has enabled her to explore yarn. “I love yarn—it thrills me,” says Winarick. As a longtime knitwear designer who has worked for luxury brands including Vera Wang, Gabriela Hearst, and Isaac Mizrahi, yarn has played a major role in her life. 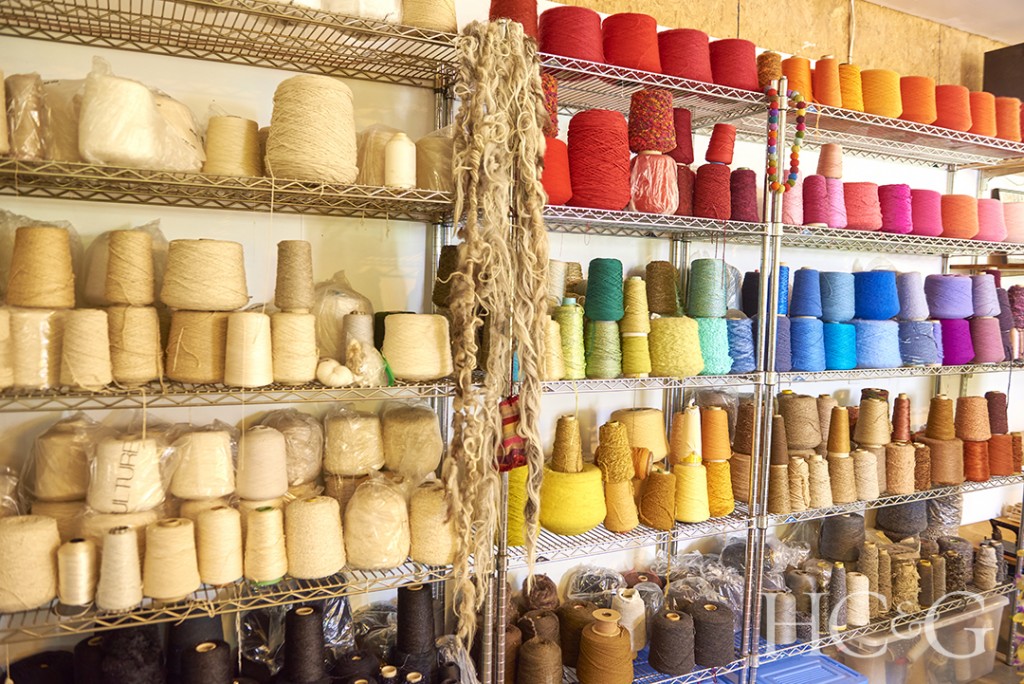 “Unlike garments that have to fit and look nice on a body, rugs are more freeform and liberating. There’s seemingly no limit to what I can do.” Winarick even encourages alternative uses for her floor coverings, such as runners on dining tables
or accent pieces on beds. Her latest work: crocheted pillows and wall hangings, sold at both Elizabeth Dow Home in East Hampton and Simm’s on Shelter Island.

In Winarick’s Shelter Island studio, shelves are piled high with different yarns collected throughout her career. (Italian merino wool, Peruvian alpaca, and jute in neutral tones rank among her favorites.) She works in the space for several hours each day, culling designs from vintage pattern books or online and adding her own twists along the way. “It’s like a recipe,” muses Winarick. “You do what the pattern says, and it’s fabulous or sometimes it isn’t fabulous, but at least it takes you in a direction.”

To increase the durability and density of the rugs, she also typically felts the fibers, first agitating them in a water-filled sink (or in her pool in Mexico), then heating them in the dryer. “The process is difficult to control because it’s not very precise, and you never really know how it’s going to turn out. But on a good day, the outcome is amazing.”

The print version of this article appears with the headline: Fiber of Life.
Subscribe to C&G